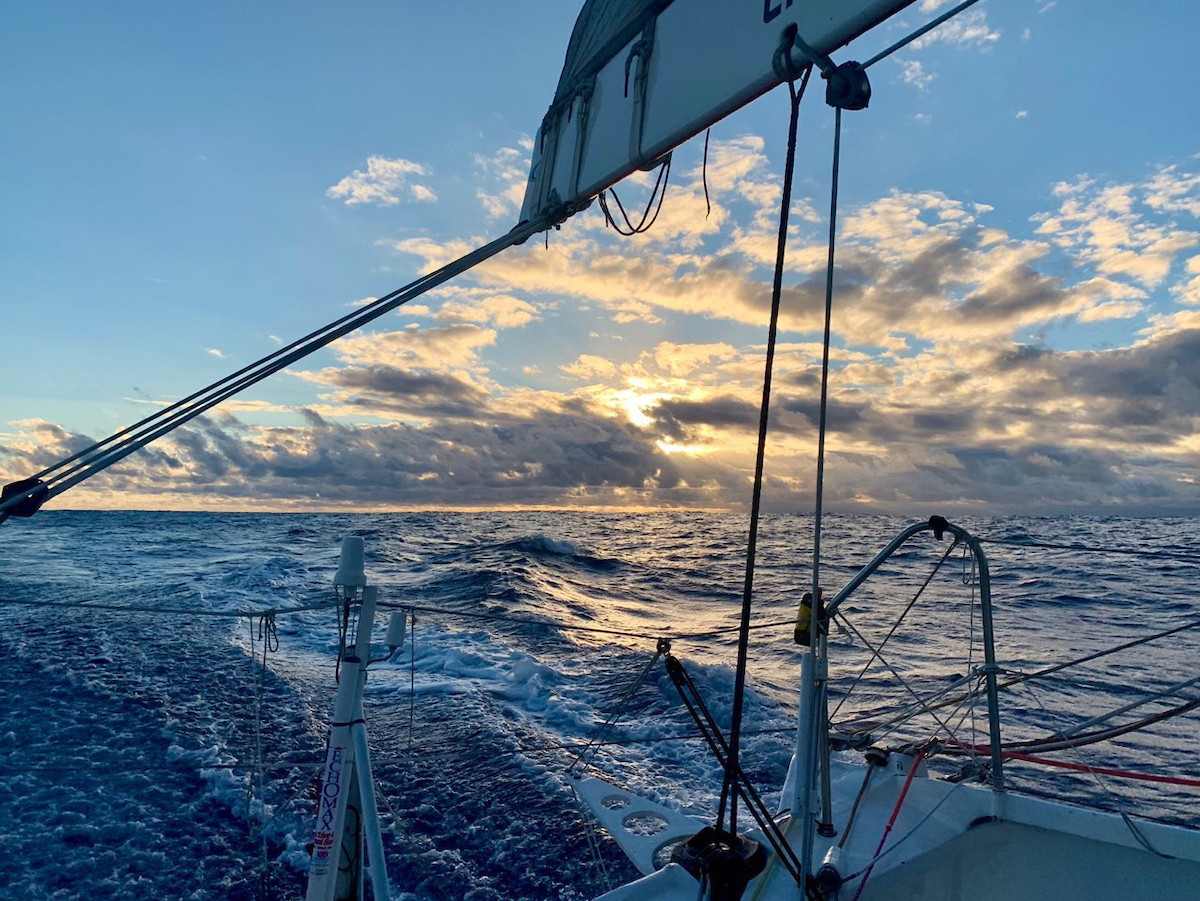 The second edition of the No Plastic Challenge will start tomorrow (Wednesday 22nd May). Set up by the No Plastic in My Sea association, this national campaign aims to fight against plastic pollution, encouraging everyone to cut the production and consumption of this non-biodegradable product. What this means in real terms is that until 5th June, goals will be determined each day to offer a challenge and make everyone aware of a   particular aspect of the problem. Led by the skipper, Stéphane Le Diraison, the IMOCA class calls for everyone to support the No Plastic Challenge.

Use a reusable flask and shopping bag, opt for bar soap, avoid ordering products online, ban plastic bags and individual doses, get rid of plastic drinking straws… These are just a few of the measures suggested during the NO PLASTIC CHALLENGE. This campaign from 22nd May to 5th June will enable everyone to become aware of how they personally use plastic and more importantly will offer them alternative solutions enabling them to reduce their plastic footprint. Each day, a particular measure will be suggested to consumers, local bodies, schools and colleges, sports clubs and businesses.

The data concerning plastic is very worrying. Its production has been multiplied by 20 in 50 years and now globally reaches 350 million tonnes a year. Each year, at least 8 million tonnes of plastic ends up in the sea and it is thought that by 2050 there will be more plastic than fish in the sea. Another alarming figure: according to the U.N., 100,000 marine mammals and one million birds are killed each year by plastic. In spite of the general public becoming much more aware of the problem in France, the production of plastic increased by 7.8 % in 2017 in a country which recycles merely 21 %... Many other figures have been drawn up, showing that we must all act together to deal with this plague of plastic, as the impact on our health is well known.

With his project, “Time For Oceans,” the IMOCA skipper, Stéphane Le Diraison wants everyone to get involved in this mission to preserve our oceans, stressing that it it down to each and every one of us to do something, as it is because of what we do ashore that this pollution arises. That is why he quite naturally supports the No Plastic Challenge. “As a skipper, I have seen for myself a lot of pollution, including that caused by plastic. It really pains me to see how much we throw into the oceans,” (editor’s note: essentially indirectly), he said. “The No Plastic Challenge is a campaign aimed at making people aware of this pollution and it is vital that as many people take part as possible and talk about it with their friends and family, explaining what measures can be taken. I want to do something and encourage others to do the same, in particular my fellow skippers. I make this appeal to them. We are ambassadors for this campaign. Take part in the No Plastic Challenge and spread the word so that it has the maximum impact.”