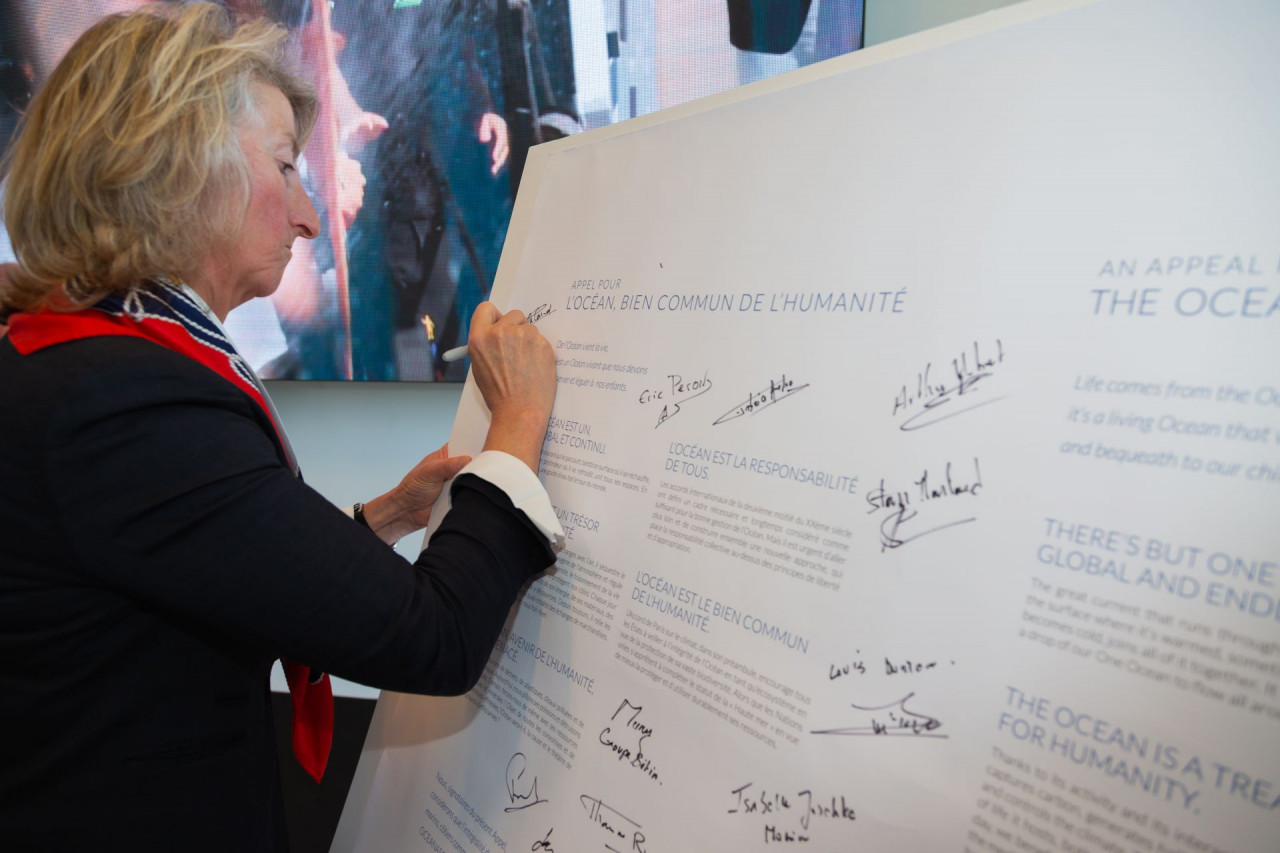 The IMOCA class has decided to support the appeal launched on 8th June in Monaco on World Oceans Day and in the context of the launch of the IMOCA Globe Series.

IMOCA skippers express themselves on the world’s oceans during their races across the seas. Today, they are suffering from what man has been doing and protecting the oceans is a major concern demanding greater shared responsibility and sailors by their very nature are well aware of these problems. Initially launched by Catherine Chabaud, the first woman to complete a round the world race during the 1996 Vendée Globe, the appeal on behalf of the oceans as a genuine common good, is something that echoes what sailors feel. With each passing day, their actions are increasingly taken after a lot of thought has been given to their responsibility, as they are aware of the fundamental ecological role that the oceans play on our planet. That is the reason why the IMOCA class has decided to support the appeal launched on 8th June in Monaco on World Oceans Day and in the context of the launch of the IMOCA Globe Series.

Please find below the full text for the appeal for the oceans.

LAUNCH OF AN APPEAL ON BEHALF OF THE OCEANS, A COMMON GOOD FOR MANKIND

As talks get underway about the open seas at the United Nations, an appeal has been launched for the oceans to be recognised as a common good for mankind. This appeal was started by Catherine Chabaud, a committed sailor with her ‘Innovations bleues’ charity, Françoise Gaill, oceanographer and leading research director at the CNRS, Eudes Riblier and Jean-Louis Fillon, President and General Delegate of the French Ocean Institute and Rachel Moreau from the O2ceans programme.

Already showing their individual commitment  to various charities working to protect the world’s oceans, the ocean racers in the IMOCA class wish to come together to support this appeal, which will be officially launched on Friday 8th June 2018, World Oceans Day, at the prize-giving ceremony for the Monaco Globe Series at the Monaco Yacht Club. They will thus become the first ambassadors.

Other movements have joined them, starting with the Ocean-Climate Platform, which brings together many organisations working to protect the oceans and the Longitude 181 association, which is working on the idea of a common good.

With the United States pulling out of the Paris Climate Agreement and with talks getting underway at the United Nations on the protection and use of the open seas, new measures are required to protect the oceans, so that they are a source of wealth, exchange and life, rather than confrontation, asphyxia and death, and so they may contribute to easing international tensions. The oceans are a fragile climate regulator. They enable the globalisation of trade and feed many people. The waters and the life contained within do not know any boundaries: they therefore require an active multilateral approach to govern them and to prevent them from becoming a source of major tension between nations.

Following a lot of reflection by the Economic, Social and Environmental Council and by the French Ocean Institute, those launching this appeal believe it is vital for the oceans to be considered as common property and not individual property or something belonging to a few, as they should be seen as the property of mankind with everyone responsible: a common good for mankind.

This approach does not throw into question international maritime law or the ideas of freedom, sovereignty and sharing. But it places common responsibility above these principles. Therefore, the matter of freedom and the sea needs to be placed within a framework, so that tests are carried out everywhere and permanently coordinated, and that the sovereign rights granted to states with a shoreline are met in return with work done to understand and preserve the marine environment and for repairs to be made whenever necessary.

The global community is finally starting to grasp the importance of the oceans, as it has finally done in terms of the climate: we are entering an era with this new vision, where there needs to be collective responsibility accepted by everyone for our oceans.

Involved in civil society and convinced of the importance of these principles, those launching this appeal for the oceans to be seen as a common good for mankind, invite men and women from around the world to support them in this cause.