The Ocean Race: how sailors and organisers are preparing 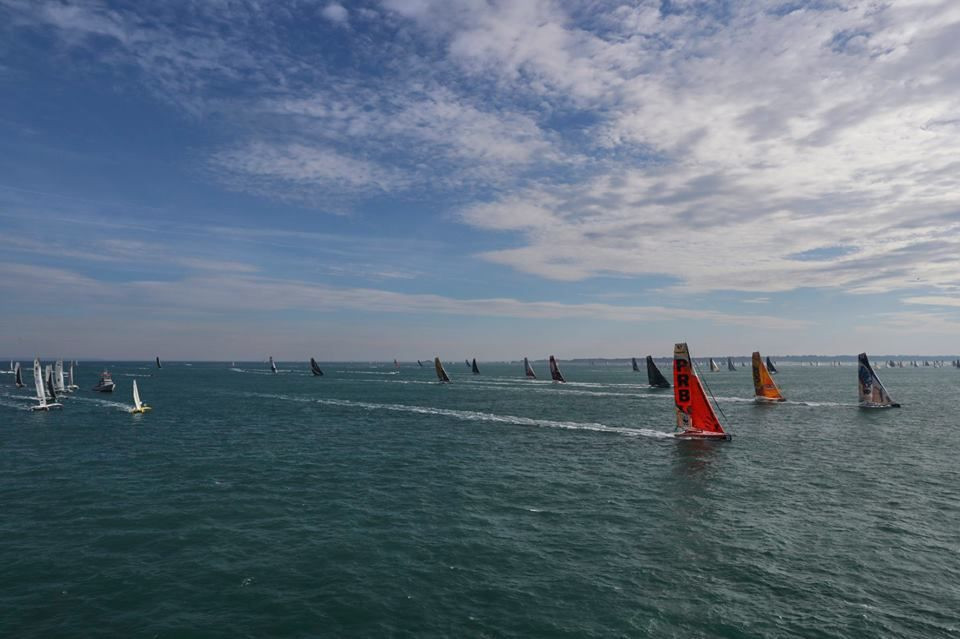 The Ocean Race, the crewed round the world race with stopovers raced for the first time on IMOCAs with foils, will start in Alicante in October 2021...

The Ocean Race, the crewed round the world race with stopovers raced for the first time on IMOCAs with foils, will start in Alicante in October 2021. With just over two and a half years to go to the start, the organisers and sailors are already busy preparing behind the scenes for this new event on the IMOCA calendar. We look at the state of play with Johan Salén, co-President of The Ocean Race, and with three IMOCA skippers, who are very tempted to take part in this adventure…

The race is still a long way off, but the clock is certainly ticking. In October 2021, or in other words eight months after the first Vendée Globe competitors finish one round the world IMOCA race, it will be time to set sail from Alicante (Spain),this time with a crew for The Ocean Race (ex Volvo Ocean Race). The race is due to include between seven and nine legs on a course that will be revealed next summer. The Ocean Race will feature two classes: the IMOCAs with foils (launched after 2010 and sailed by five people + 1 media man) for the overall title and the VO65 one-design boats for a trophy rewarding the best young competitors. While it is still too early to give precise details about the line-up, the organisers would like to see between ten and fifteen IMOCAs at the start of this maiden edition.

“We are talking to everyone and the potential teams can be divided into three major groups,” explained Johan Salén, co-President of The Ocean Race. “We are in contact with existing IMOCA teams, a majority of which are French, but also with teams from the last Volvo and some other teams that are completely new. The teams that are interested come from France, Spain, Germany, Italy, Mexico, the United States, Brazil, Sweden, the Netherlands, New Zealand, Australia, China, South Africa… And we have some other important countries we need to get involved. The goal is to bring together highly professional international teams that are well organised and structured with active sponsors.”

For Johan Salén, it is clear that bringing together the ex-Volvo Ocean Race and the IMOCA class is very welcome. “Working with a class that has shown what it can do helps our sport to be less fragmented. It means we can look forward to more feedback with the same platform,” he said. What do the sailors already involved in the IMOCA class think about this? We talked to three of them.

Boris Herrmann: “An adventure that complements the Vendée Globe”

In 2020, Boris Herrmann, skipper of Malizia 2, is set to become the first German to take part in the Vendée Globe, but Boris is already looking further ahead. “The Ocean Race interests me a lot,” he told us. “The idea is to ensure our project continues with the same boat (a VPLP-Verdier design from 2015, ex Edmond de Rothschild).This crewed adventure complements perfectly the Vendée Globe. In my opinion, there are four big dreams for sailors: the Olympic Games, the America’s Cup, the Volvo Ocean Race and the Vendée Globe. Now, two of these four events are raced on the same boat. That is very inspiring.”

Already supported by the Monaco Yacht Club, Boris Herrmann is confident he will be able to attract German firms to complete his budget for The Ocean Race. “The crewed round the world race means a lot to Germans. In2001-2002, a German crew won the Volvo Ocean Race, Illbruck Challenge. There was a huge event organised at the finish in Kiel, which was absolutely incredible. Since then, no major projects have appeared in Germany. This is a great opportunity to get one going again.” If he manages to find the required funding, Boris believes that he will set off with an eclectic crew: “The idea isn’t to set up a team that is 100% German. In my team at the moment there are as many different nationalities as there are people involved! I love that diversity.”

Louis Burton: “I’m waiting to see the course to position myself”

Skipper of Bureau Vallée 2, another VPLP-Verdier design launched in 2015, Louis Burton is also very interested in the idea of taking part in The Ocean Race. “I’m entirely in favour of bringing the two elements together. It’s fantastic that the IMOCA class is at the centre of ocean racing. It’s a chance to ensure our boats have a good life and to diversify our projects. We can now look forward to taking people with whom we work around the world with us,” he stressed. “The race is all the more interesting as my partner is starting to develop abroad. The only drawback is that we don’t yet have the race and so it is hard to plan for, as we don’t yet know where the stopovers will be held. What sort of budget will be necessary? Will the countries involved interest our partners? I’m waiting to see the race course before positioning myself. We already have the sponsor, the boat and the team. However, to perform well, we will have to come to a decision this summer. After the Vendée Globe, a lot of work will need to be done on the boat to adapt her to ensure she can be sailed well and is comfortable for six people.”

If he decides to jump in, Louis will set sail with an experienced co-skipper, “to have two pillars.” Very keen on the training aspect, he would like to complete the crew with youngsters from the six years of the “Youth Selection” created in Saint-Malo in 2013, with the aim of introducing one young talent each year to the world of ocean racing.

Paul Meilhat: “Wider communications for a budget which is not that much higher”

Winner of the 2018 Route du Rhum and currently looking for partners, Paul Meilhat is planning to start work in the coming months on the construction of an IMOCA to take part in the 2020 Vendée Globe, The 2021 Ocean Race and the 2022 Route du Rhum. “I always loved sailing with a crew,” he told us. “To start off with, I was probably more interested in theVolvo Ocean Race than in the Vendée Globe. The fact that the crewed round the world race now takes place aboard IMOCAs has opened up more doors for me. I believe I have what it takes to run a project. I know this kind of boat and sail them well.”

In terms of money, Paul Meilhat is convinced that it is a good idea to have the solo round the world race followed by the crewed race: “By talking part in The Ocean Race, we add in an international dimension and wider communications with a budget that is not that much higher than if we simply took part in the Vendée Globe. We can therefore offer a wide ranging programme.” Paul recently visited Alicante to meet the organisers and confirm his pre-registration. He is currently in talks with potential partners. The timing is getting tight to get his hand on a brand new IMOCA, but this is the vital element to ensure the project lives up to his ambitions. “I am convinced that with the same boat, we can take part in both events. In my crew, I’ll include sailors with a wide range of backgrounds from Figaro and IMOCA racing.”