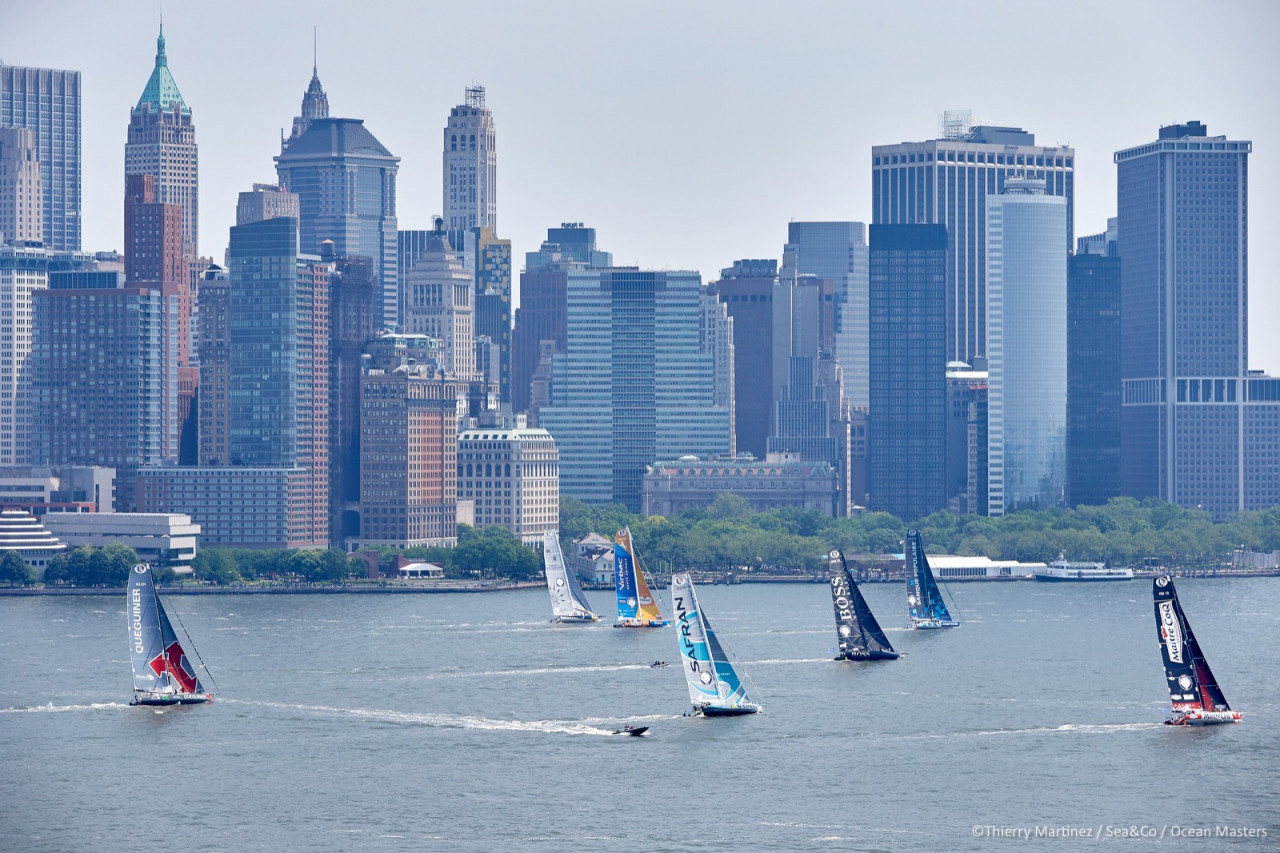 A lot happened in the 2019 season to the sailors in the IMOCA class. There were three events on the calendar in the Globe Series: the Bermudes 1000 Race (solo), the Rolex Fastnet Race (double-handed) and more recently the Transat Jacques Vabre (double-handed).

The latter won by Charlie Dalin and Yann Eliès, brought together a record line-up of 29 IMOCAs. In the World Championship rankings, Paul Meilhat remains on top before what looks like being an exceptional 2020 with three solo races on the programme: The Transat, the New York/Vendée and of course, the Vendée Globe.

The Transat Jacques Vabre: “A race with competition at every level”

The Transat Jacques Vabre never brought together such a line-up before with 29 pairs lining up at the start in Le Havre in the IMOCA class and 27 at the finish in Salvador da Bahia (only MACSF and Hugo Boss retired). “In terms of the race, it was a great edition,” declared Antoine Mermod, President of the IMOCA class. “The race was highly competitive at every level of the fleet, for the top five as for the final three. All of the pairings enjoyed racing against each other. It’s very promising for next season. If all three races are as tightly fought, it’s going to be fascinating to watch.”

The skippers getting used to solo sailing

Among the 27 boats which made it to Brazil, very few are returning by cargo vessel. Around twenty are sailing home and many of the sailors are doing the trip alone. “The 2020 season is entirely made up of solo races and the sailors need to settle back into this type of sailing. This is a good way of training before they tackle the races next year. In fact, the winter refits are largely down to adapting the boats to solo sailing. This return sail from Brazil will allow them to deal with the final details and make a few last minute improvements,” explained Antoine Mermod.

7th in the Transat Jacques Vabre with Sam Davies (Initiatives-Cœur), Paul Meilhat is still leading the Imoca Globe Series World Championship. Apart from the Bermudes 1000 Race, Paul finished all of the races on the calendar, in particular winning the Route du Rhum and the Monaco Globe Series last year with Gwénolé Gahinet). Just behind him in the rankings is Yann Eliès, winner of the 2019 Transat Jacques Vabre and second in the 2018 Route du Rhum. The German sailor, Boris Herrmann is in third place ahead of Fabrice Amedeo (who finished all of the races) and Vincent Riou. “The rankings in the Imoca Globe Series reward consistency. In front, we find all the sailors who did practically all of the races and who often finished well placed or as the winner. There will be lots of points to be earned in 2020.It will be then that everything will all be decided,” explained Antoine Mermod.
Next year, there will be three races in the Globe Series: The Transat (weighting of 4), New York/Vendée (weighting of 4) and of course, the Vendée Globe (weighting of 10).

The Top 10 in the Globe Series: 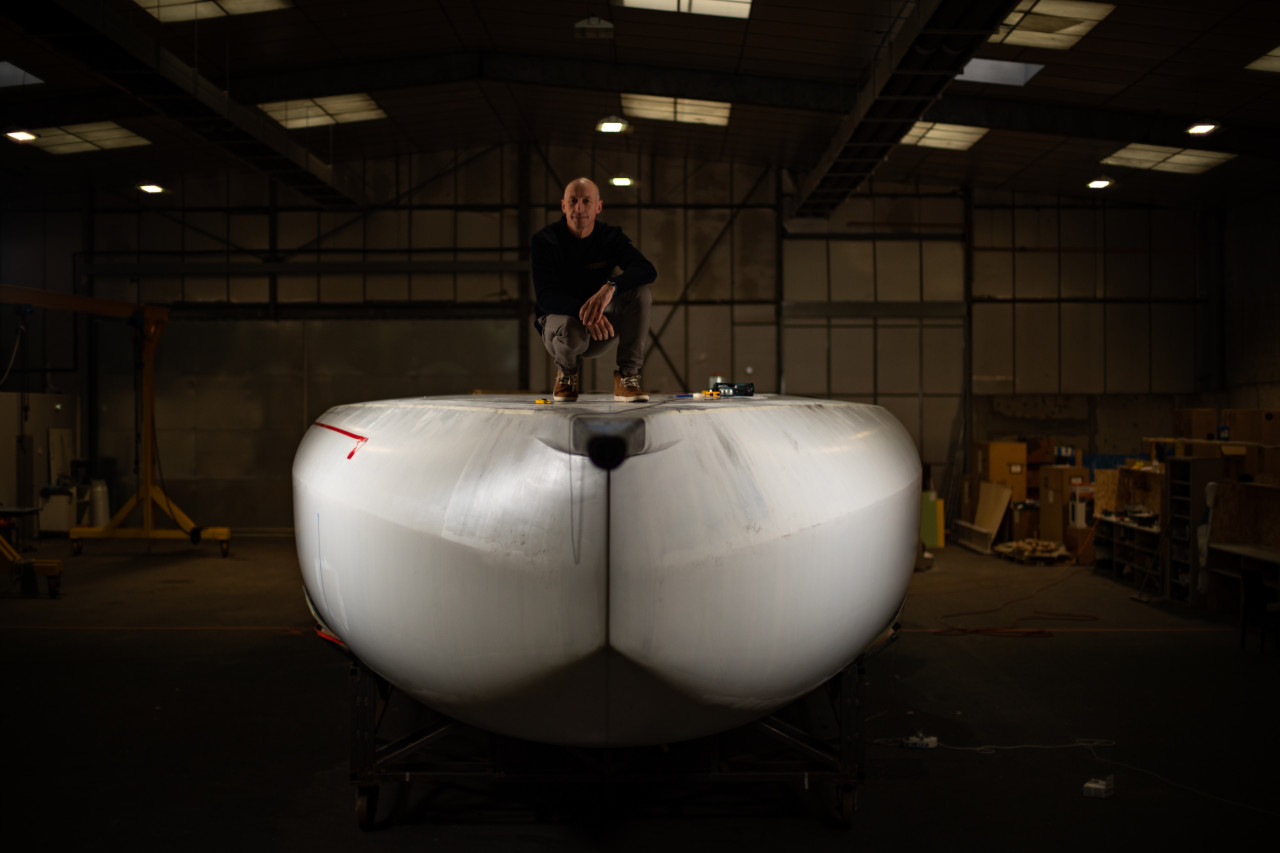 Armel Tripon has unveiled the IMOCA aboard which he will be competing in the Globe Series in 2020. Designed by Sam Manuard and built by Black Pepper Yachts, this new generation foiler stands out with her scow shaped hull (rounded bow) and her moderate beam. “We based our ideas on being efficient in the Vendée Globe,” stressed Sam Manuard. “We wanted a boat that was easy to sail and would take good care of her skipper. The last Transat Jacques Vabre showed us once again that these new IMOCAs are very fast, but very demanding for the skipper and many of them do not believe it is going to be possible to keep up the same pace sailing solo as they did when double-handed.”

The IMOCA class present at the Yacht Racing Forum

One of the big events in sail racing, the Yacht Racing Forum was held in Bilbao on 25th and 26th November. The IMOCA class was of course present. Antoine Mermod: “In this event which brings together all those involved in sailing, we could see that the international reputation of the IMOCA class has grown. We are delighted to see that, as internationalisation was one of the main goals of our development strategy.”

The IMOCA Class will be present on several stands at the Nautic Boat Show in Paris, from 7th to 15th December at the Porte de Versailles. The class will present its 2020 race programme, with in particular, the 2020 Transat New-York Vendée and the Guyader Grand Prix. The IMOCA class will also present its Ocean Programme and the environmental measures put in place by the skippers, at the Cap Bleu Village. Finally, the model of an IMOCA that many of you may have seen at the Transat Jacques Vabre Village will also be displayed at the entrance to the Nautic Boat Show.