A transat with a lot of twists and turns 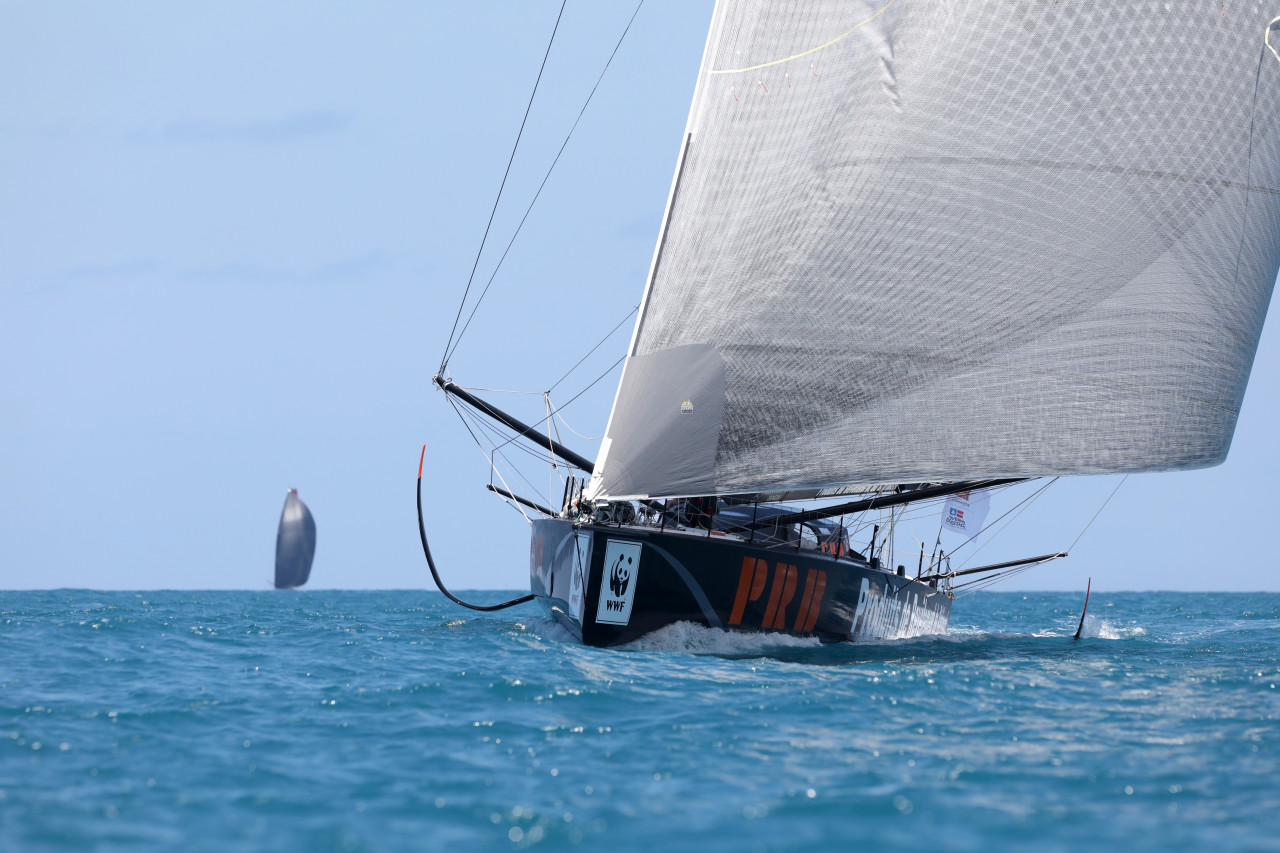 After the winners, Charlie Dalin and Yann Eliès finished yesterday on Apivia, the top 10 was decided in the IMOCA category during the night in Salvador da Bahia (Brazil), with some closely fought duels for the podium, the top five and the top ten.

In the end, Kevin Escoffier and Nicolas Lunven on PRB grabbed second place after a real match-race against Jérémie Beyou and Christopher Pratt on Charal, with the latter pair saving their place on the podium. The weather expert and router Christian Dumard analyses the race for the first boats to finish and the IMOCA class in general.

Cruel Doldrums and a win for Apivia

Christian Dumard: “The Doldrums as so often saw a major upheaval in the race and was cruel to some.  Charal was the first to enter after their first part of the race was faultless. Apivia followed ten hours or so later leading a group including PRB, Banque Populaire, and 11th Hour and Advens for Cybersecurity. Moving off slightly to the east and getting into position allowed this group to make their getaway, while Charal, further east did not manage to get away from the tentacles of the Doldrums. Cells of convective air bubbled up over and over again out to the west, while the wind built from the east. With a lead of a hundred miles at the Equator, Apivia had the race sewn up. There was just a long tack reaching for Charlie Dalin and Yann Eliès and they were able to cross the finish as the winners.” Fate dealt a cruel hand to Jérémie Beyou who said at the finish, “I was just unlucky in the Doldrums. They were three unbearable days. When you are leading and keen to win and over a hundred miles ahead and you realise that you are going to lose it, everything goes through your mind… It’s the biggest disaster in your life and is really hard to cope with.” Charal, was however very much at ease in the long tack reaching and quickly got back up to third place and fought a long duel with PRB, with the latter coping perfectly well in fading winds that were swinging around at the end of the race course. In such conditions, the latest generation of foilers don’t really have any advantage. That is how Kevin Escoffier and Nicolas Lunven crossed the finish line six minutes ahead of Jérémie Beyou and Christopher Pratt, who took the remaining place on the podium.”

The battle was just as interesting for fourth place between Thomas Ruyant and Antoine Koch, and the duo comprising Charlie Enright and Pascal Bidegorry. Advens for Cybersecurity, launched eight weeks before the start of the Transat Jacques Vabre was very much at ease on the long reaching tack and overtook Banque Populaire, and then 11th Hour (the former Hugo Boss) to take fourth place. Just behind them, Charlie Enright and Pascal Bidegorry got a great fifth place on an older generation foiler, while Clarisse Cremer and Armel le Cleac’h became the first non foiler to finish.

The Top 10 in the 2019 Transat Jacques Vabre would be completed with the arrival of Sam Davies and Paul Meilhat (7th on Initiatives Coeur), Louis Burton and Davy Beaudart (8th on Bureau Vallée), Sébastien Simon and Vincent Riou (9th on Arkea-Paprec), then Fabrice Amedeo and Eric Péron (10th on Newrest-Art et Fenêtres).

Will East always be best from now on?

Christian Dumard: “The 2019 Transat Jacques Vabre was fascinating to watch and full of twists and turns. Maybe one day we will figure out what led Apivia to tackle the Doldrums further east that her rival. They admit that they followed the route taken by the multihulls, who have routers assisting them from ashore, but the pair must have prepared that choice before attempting that option. Weather models have made a lot of progress over the past few years. Skippers also have a lot more weather information than in the past (wind predictions, rain and thunder forecasts, humidity levels, ocean currents which can reach two knots in some places, satellite pictures that are almost real time…). It remains difficult to bring all of these elements together, but the 2019 race has certainly seen a massive leap forward with the decision to opt for eastern longitudes a winning choice for each of the classes.”