After champagne sailing in leg one, it’s upwind through the Strait in leg two… 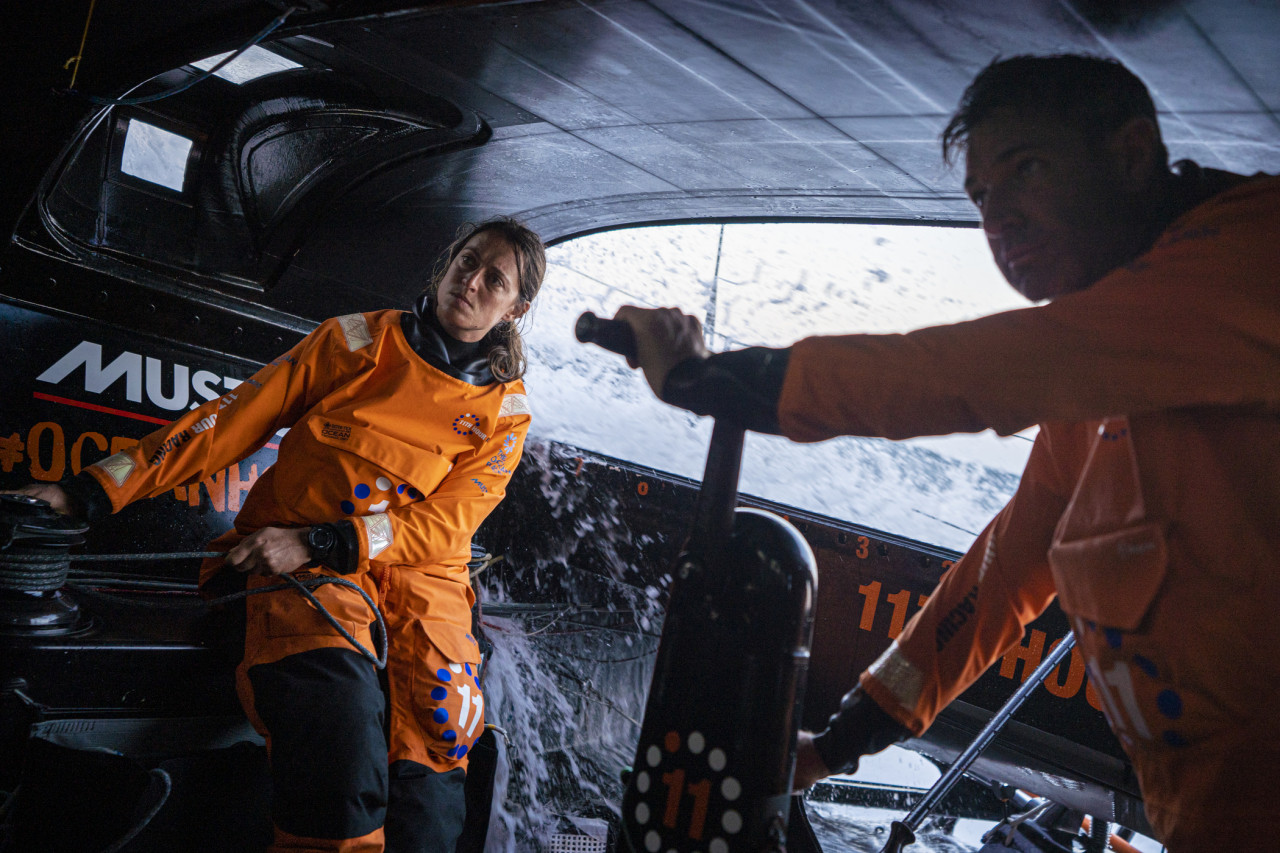 © For EDITORIAL USE only. Please credit correctly. For commercial enquiries please email images@theoce

The inaugural staging of The Ocean Race Europe is going to present the five IMOCA crews taking part with tough conditions on leg two to Alicante in Spain, which starts from Cascais on Sunday.

After the fast and furious downwind sailing in leg one from Lorient, which produced a spectacularly close finish in both the IMOCA and VO65 fleets, the main theme in leg two is going to be the challenge of strong headwinds in the Strait of Gibraltar.

One of the busiest waterways in the world and only seven nautical miles wide at its narrowest point, this is going to be tough assignment for skippers and navigators as they smash their way into the Mediterranean after what is expected to be a fast downwind run along the southern Portuguese coast.

Phil Lawrence, Race Director of The Ocean Race Europe, joked that after the champagne sailing in the first stage, this next one will see sailors “spilling their champagne” on the way to Alicante, the home of The Ocean Race.

“We’re going to give them a leaving mark two miles to the west of the start,” explained Lawrence. “Then it will be a foam-up all the way down the Portuguese coast. And then they will head down to Gibraltar where it is going to be extremely windy going through the Strait and on the approach, with 25-35 knots. Obviously once they get away from the Strait it’s going to be a lot lighter, but it will still be upwind until they get round the corner to Alicante.”

This stage may be relatively short – at just under 700 miles – but Lawrence reckons it will be a real tester. “It’s a pretty tough leg I would say,”he said. “The first one was downwind all the way while this one is upwind almost all the way but obviously the distance is shorter because we are not putting in any waypoints to extend the leg.”

The yachts in both IMOCA and VO65 classes will have to watch out for coastal features plus a lot of commercial shipping traffic in a narrow waterway that is used by up to 300 cargo ships every day. Unlike on the approach to Cascais, when the entire Traffic Separation Scheme or TSS was out of bounds, this time the boats will be able to sail inside restricted waters but only with the east-going traffic heading into the Mediterranean.

The first leg saw an incredibly tight finish, not just between the IMOCAs but also in the VO65 fleet and between the two fleets, as a stalling weather front conspired to bring them to the line in one big group. On the second leg Lawrence is expecting the VO65s to get to Alicante first.

“The scenario I have looked at, and running the routing, is that the IMOCAs will blast out of Cascais and then surge ahead on flat water and strong winds which will be perfect for foiling,” he said. “But then it is upwind and the 65s will kill the IMOCAs going to windward through the Strait, which is going to be a pretty challenging section of the race for the IMOCAs. As they get towards the finish, it will be light but still in an upwind phase where the 65s can use their big masthead Code Zeros which the IMOCA’s don’t really have. I would very much expect the 65s will be in first, ahead of the IMOCAs.”

There is all to play for in the IMOCA fleet with Nicolas Troussel and his team on CORUM L’Épargne looking to follow-up on their last gasp first leg victory when they came from behind to steal the glory from Charlie Enright’s crew on 11th Hour Racing Team. Enright will want to set the record straight, but snapping at his heels will be Thomas Ruyant and the team on LinkedOut, who were disappointed to finish third, and Louis Burton and his crew aboard Bureau Vallée who were fifth.

An interesting performer could be Offshore Team Germany skippered by Robert Stanjek whose re-conditioned older IMOCA does not have foils and could do well upwind and in light upwind conditions; look to them to build on their fourth-placed finish into Cascais on leg two.

Before the thrash to the Strait begins the teams will have completed the first inshore or coastal race of The Ocean Race Europe on Saturday. This is also expected to be a windy affair with the crews completing a short leg after the start and then heading downwind for 20 miles to a mark off Lisbon before returning upwind to the finish. “It’s going to be good fun I think and it won’t take them long!” quipped Lawrence.

On 11th Hour Racing Team, the veteran French racer Pascal Bidégorry is looking forward to another coastal race much like the ones he sailed in during the last Volvo Ocean Race. “The inshore courses are a special feature of The Ocean Race,” he said. “It’s not the same exercise at all as racing offshore, but it’s just as much fun.”