Arrivals from 6th to 10th 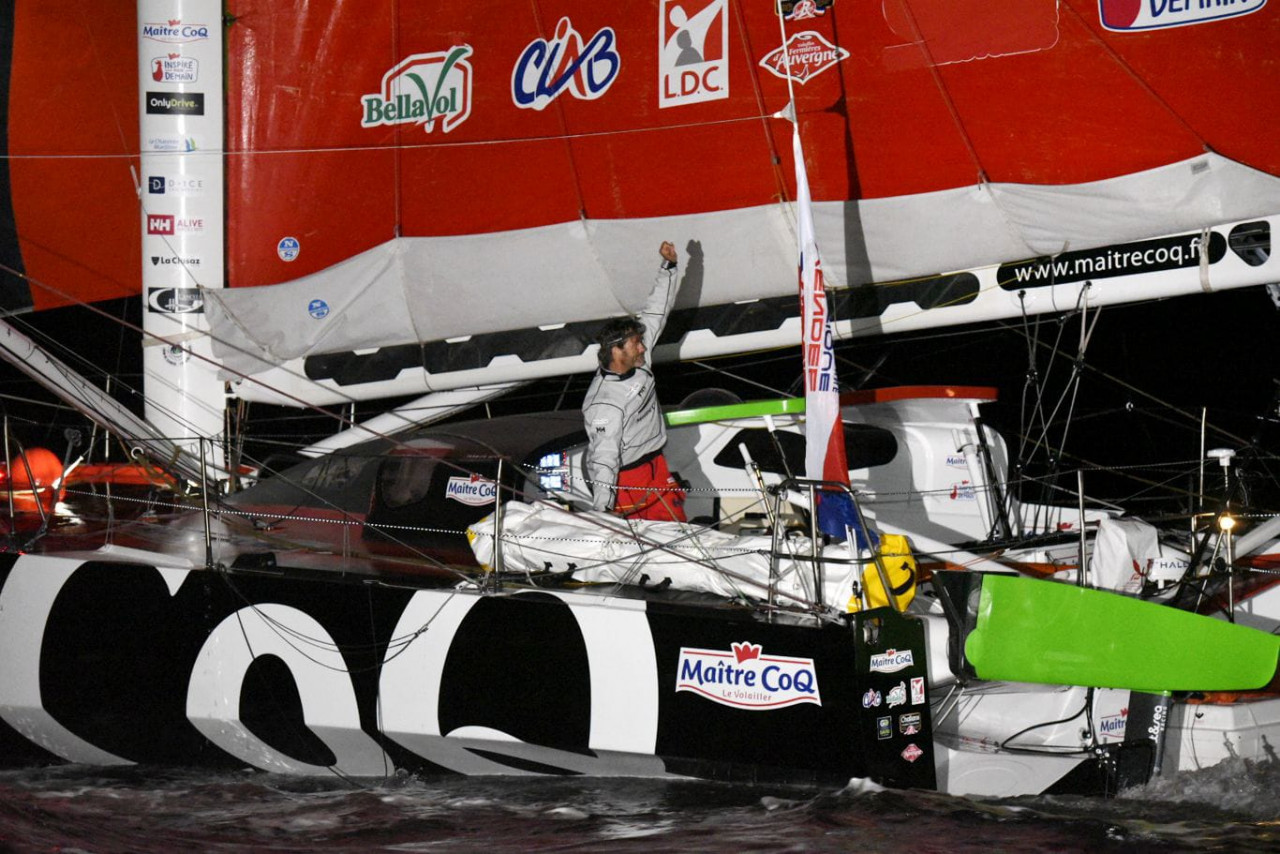 In competitive terms I haven’t satisfied by objective as I’d set myself the goal of being the first of the old foilers to finish. That said, it was a fantastic battle with Sam Davies. We were in the second division of this race, even though I had two days at the start where I was in contact, which was really nice.

My last night wasn’t great. I made a poor sail choice and the wind wasn’t very clear. Aside from that, I learned a lot. It was my first solo race so there were a lot of firsts. I noted down a massive amount of stuff. I’ve made a list as long as your arm. I suffered some major breakage at the back of the boat, but aside from that and some jammers, I didn’t break much. The name of the game was to push the boat to validate everything for the Vendée Globe. Turning a negative into a positive. I’m happy I didn’t have to stop due to that breakage and to have continued on and not had to turn back. Every extra hour spent on the boat has taught me something more.  It was stressful at times after the second low pressure system, as I knew that the boat was broken, so it was important that it didn’t get any worse. Other than that, the race just flew by.

I thought I would be more stressed than that for my first solo but I was pretty calm. The boat didn’t stress me out, it was singlehanded competition that I was apprehensive about as it’s very different. It’s another experience altogether because everything relies on you. Perhaps I felt like that because the challenges weren’t the same as in the Vendée Globe, without wishing to denigrate the race. I’m very happy that IMOCA organised this race. The class has really worked well to be able to organise this. Without this race, qualifying for the Vendée Globe would have been very complicated, for safety reasons too. Imoca has managed it brilliantly.

We sail all year round at the Pôle Finistère training cluster. There are some boosted boats like Initiatives-Coeur and Malizia. I find that interesting. There were three boats in front who were in it to win it. Those of us who goaded them for a while, we played amongst ourselves too. Even though they’re not the same boat, I believe that we were all in contact in competitive terms. The course and the weather conditions favoured that contact. It was thrilling out on the water.

The course was interesting from a strategic and meteorological viewpoint, the fact that we sailed from north-south rather than the usual east-west. We traversed a lot of weather systems, which called for a lot of manœuvres. The 10 days were a concentration of transition phases so we couldn’t have hoped for a better warm-up. The course was very coherent with everything we needed before going off on the Vendée Globe.

The skipper of Seaexplorer-Yacht Club de Monaco crossed the finish line in Les Sables d’Olonne this Wednesday 15 July at 01h 12’ 54’’ (French time) after 10 days, 09 hours, 42 minutes and 54 seconds of racing. Boris Herrmann covered 3,273 miles at an average of 13.11 knots, which equates to 11.24 knots over the theoretical course (2,807 miles). He finishes 7th in the Vendée-Arctique- les Sables d’Olonne, 04 hours 28 minutes and 46 seconds behind the winner Jérémie Beyou (Charal).

Slowed over the second half of the race by damage to his mainsail hook, Boris Herrmann was not able to battle as he’d have liked with his playmates on Initiatives-Cœur or PRB. However, the German skipper is happy. Happy to have observed that his 2015 VPLP – Verdier design with foils is powerful and remains a safe boat. For him, the Vendée-Arctique-Les Sables d’Olonne was an excellent training run before the Vendée Globe. Boris, committed to the preservation of the oceans, also carried aboard the boat an Argo float (Argo-France and Ifremer) capable of measuring the temperature and salinity of the water and the pressure up to 2,000m below the surface of the oceans in 10-day cycles.

Aboard Jean-Pierre Dick’s former boat St-Michel – Virbac, Giancarlo set sail on this Atlantic triangle via Iceland and quite far north of the Azores to give his new foiling steed a trial run. After a difficult run out of the starting blocks due to months without sailing and a few minor technical issues early on, Giancarlo quickly found his feet again and finished his first solo race of the year in brilliant fashion. At ease on his boat and happy at sea the Italian, who won the Transat Jacques Vabre in 2015 alongside Erwan Le Roux and shone in the Mini 6.50 in 2014, clearly hasn’t lost an ounce of his vast on-the-water experience, as evidenced in the Vendée-Arctique-Les Sables d’Olonne.

The skipper of DMG Mori Global One crossed the finish line in Les Sables d’Olonne this Wednesday 15 July at 03h 00’ 29’’ (French time) after 10 days, 11 hours, 30 minutes and 29 seconds of racing. He covered 3,199.84 miles at an average of 12.72 knots, which equates to 11.16 knots over the theoretical course (2807.3 miles). Aboard his latest generation VPLP design, the Japanese sailor finishes 10th in the Vendée-Arctique- les Sables d’Olonne, 6 hours 16 minutes and 21 seconds behind the winner Jérémie Beyou.