Back to solo racing 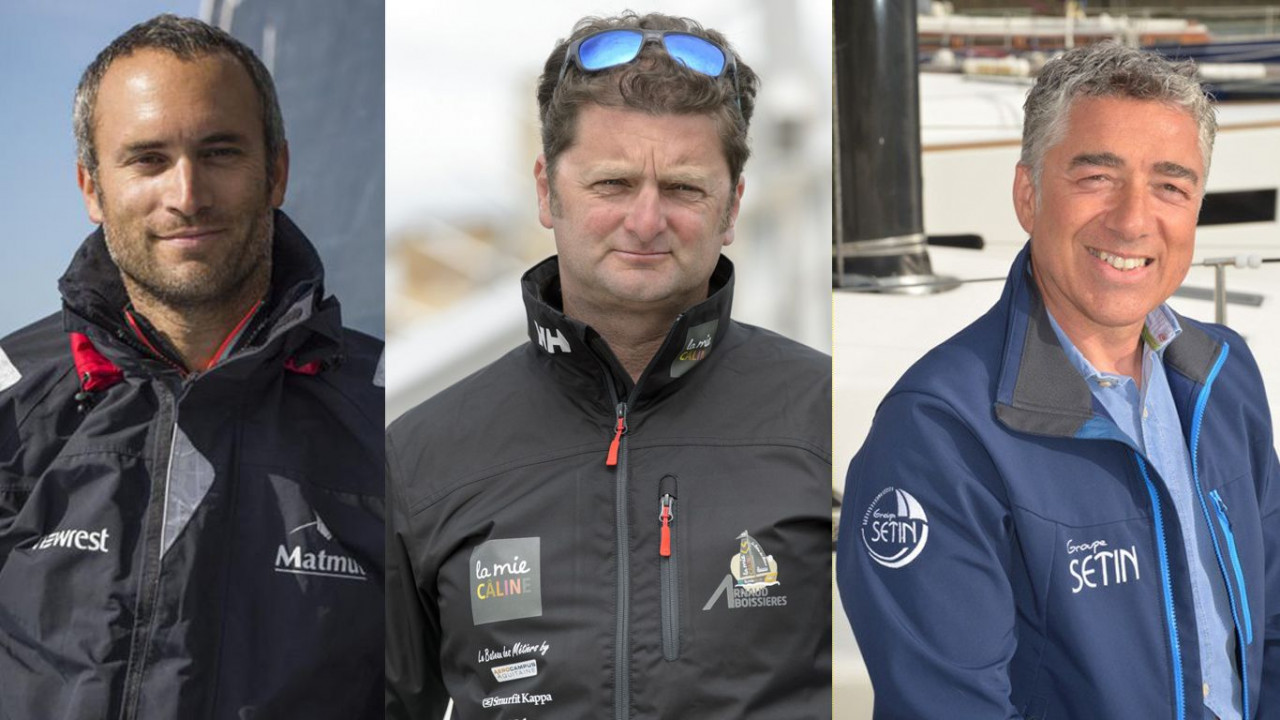 Because this is a Route du Rhum year, the skippers in the IMOCA class have to get ready to sail alone.

Because this is a Route du Rhum year, the skippers in the IMOCA class have to get ready to sail alone. Fabrice Amedeo, Arnaud Boissières and Manuel Cousin tell us what they are going to do to get to know more about their new boats by sailing alone. They each have their own challenge ahead – learning about a very efficient foiler, the technical difficulty of fitting new appendages and a baptism of fire on an IMOCA.

Since Newrest – Art & Fenêtres (the former foiler, No Way Back) was relaunched on 7th February, Fabrice Amedeo has been out sailing on day trips from la Trinité with a short-handed crew. “For each trip, we have a clearly defined programme,” explained Fabrice. “Until the end of March, we’ll continue to train to get to know the boat and make some minor improvements. But by early April, I shall be going on stand-by to sail 2500 miles from Brittany to the Azores and back. As we look ahead, our team and I are feeling very upbeat and positive. This first big trip out to sea will be good for my confidence and I’ll make the most of it to qualify for the Route du Rhum.”

Fabrice Amedeo will then take part in various events on the IMOCA calendar: the Guyader Grand Prix, a solo race from Douarnenez to Cascais, the Drheam Cup, the Azimut Challenge in Lorient… By the start of the Route du Rhum, he will have already clocked up 6000 miles solo on his new boat. “This is an incredible machine and with the foils, we really start speeding up. I can go 2, 3 or 4 knots faster than on my old IMOCA,“ saidFabrice. “Sailing  well on such a boat is a crazy challenge. It’s down to me to do what it takes. That’s why I don’t have any other choice than to go through a very serious preparation phase. It would be a pity to have such a great boat and not get the full potential out of her.”

Arnaud Boissières: “Not sailing solo at any cost for the moment”

By fitting his 2008 IMOCA with foils, Arnaud Boissières is taking up a huge technical challenge. After an initial phase of work on her in the Mer Agitée premises in Port-la-Forêt, Arnaud’s IMOCA headed to les Sables d’Olonne for the next stage of work. While all the structural work was completed, all the different parts of the puzzle now have to be assembled. “Mast, foils, boom, outriggers, electronics, rudders… It’s all in kit form,” explained Boissières. “She is due to be relaunched in early April. The aim is to get out there sailing as quickly as possible, as we have a lot of work to do to get to grips with her and carry out technical trials. Initially, I won’t be sailing solo at any cost. I prefer to go for trips with short-handed crews to check that everything is working well and to look at everything… Michel Desjoyeaux will be coming out with us and the priority is to approve the latest technical choices. I’ll switch to solo sailing once the boat is more or less expressing her full potential.”

As for racing, Arnaud will take part in the Guyader Grand Prix then in the Douarnenez-Cascais to qualify for the Route du Rhum. He will then go down to the Mediterranean for some PR operations with his sponsor (but he won’t be competing in the Monaco Globe Series), then the Azimut Challenege and possibly the Dhream Cup in July, if the boat isn’t in the yard. “We have a lot of sailing to do before the Route du Rhum,” said Arnaud. “This race is an important event and will happen very quickly for us. We have to get it right.”

After four seasons competing on a Class40, Manuel Cousin is stepping up with the support of his loyal partner, the Setin Group, for an IMOCA programme taking him to the end of 2021. “This is a different scale,” admitted Manu. “In Class40, I was able to keep my sales job at the same time, but in the IMOCA class, that isn’t possible as I need to give it my all.”

To get to know his new boat, Manu Cousin was able to rely on the help of her former owner, Arnaud Boissières. “Since July 2017, I have been lucky to be able to sail double-handed with Arnaud on this boat, which is a luxury. I was able to find out everything about this IMOCA, especially during the Transat Jacques Vabre. At the end of that race, I brought the boat back to France with two members of my team. I tried to sail in solo mode as much as possible during that trip to get to know the boat better.”

The boat is currently in the yard in Les Sables d’Olonne for a check-up and overhaul. She is due to be relaunched on 12th April. “I have a lot of experience of offshore sailing and I have done a lot of solo sailing in my life inIRC and Class40. But not very much on an IMOCA. I’ll quickly do that once the boat has been relaunched. That’s going to be important with the Route du Rhum coming up.” Manu Cousin is giving himself two opportunities to qualify for the Rhum:Douarnenez/Cascais and the Dhream Cup.