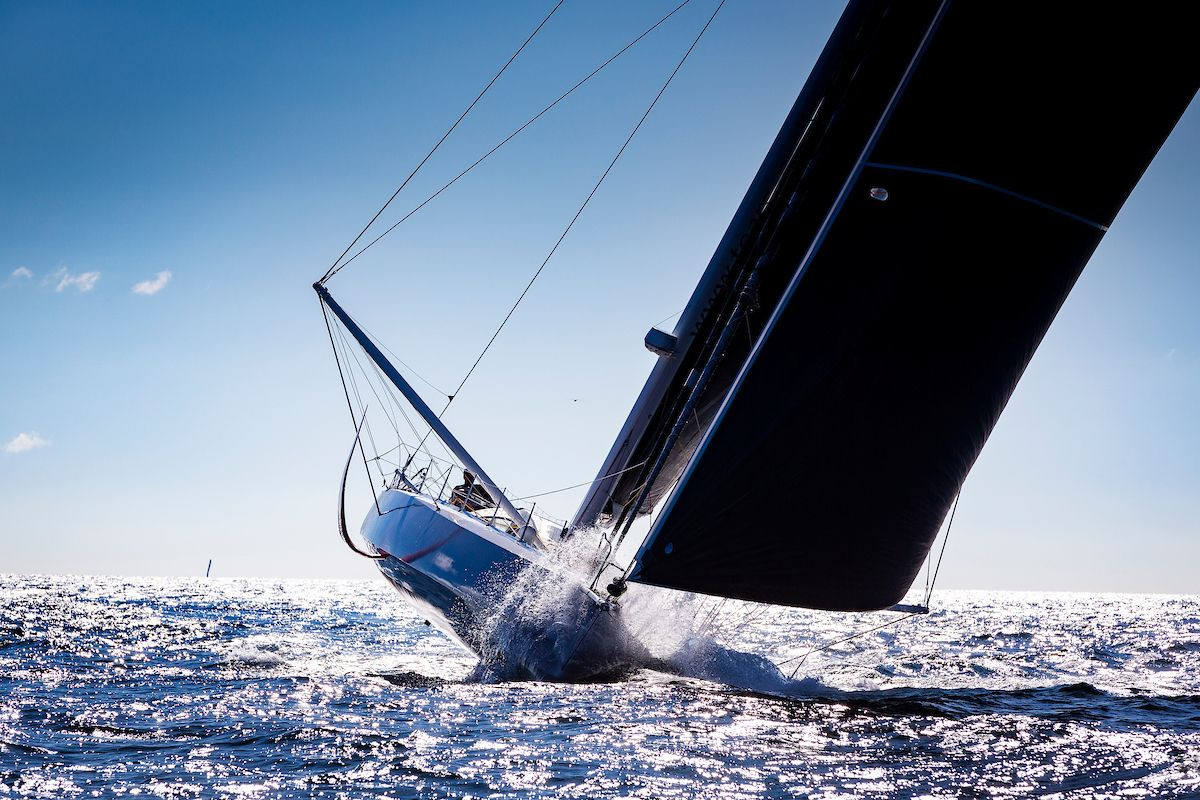 A skilled observer of this first event in the IMOCA Globe Series in which he was unable to take part due to the timing, Romain Attanasio gives us his analysis of the first five days of racing...

At 1245hrs UTC on Tuesday 14th May, Sébastien Simon was the first to round the Azores waypoint, the second major course mark in the Bermudes 1000 Race. The skipper of ARKEA PAPREC is now on the final leg of the course on his way to Brest. There is still everything to play for with a very tightly packed group just behind him, comprising Yannick Bestaven, Sam Davies, Boris Herrmann, Maxime Sorel and Giancarlo Pedote.

A skilled observer of this first event in the IMOCA Globe Series in which he was unable to take part due to the timing, Romain Attanasio gives us his analysis of the first five days of racing.

870 miles. That is the distance between the Azores waypoint set up by the Race Directors and the finish line of the Bermudes 1000 Race in Brest. The frontrunners are now tackling this final phase of the course. The leader Sébastien Simon rounded the virtual mark at 1245hrs UTC today (Tuesday) and around two hours after him, Yannick Bestaven was expected to do the same followed by Sam Davies, Boris Herrmann, Maxime Sorel and Giancarlo Pedote. In the 1400hrs UTC rankings, only ten miles or so separated the five members of this group.
The climb back up towards Brest is starting with the wind on the beam. But gradually, it will swing around and the skippers will be heading for Brest sailing close-hauled on a long port tack. The wind is not set to pose too many problems until they arrive off the coast of Brittany, which the leaders should reach on Friday afternoon.
At 1400hrs today (Tuesday), all seventeen competitors were still racing. Damien Seguin and Denis Van Weynbergh suffered the same fate today. A lashing gave out and the mainsail fell down onto the deck. However, both are continuing on their way and trying to find the best solution to complete the race. Fabrice Amedeo suffered damage to the tack on his J3, but he too is continuing in spite of this handicap.
Romain Attanasio’s analysis
“I wanted to take part in the Bermudes 1000 Race, as it is a good way to train and I would have liked to compete in all the races in the IMOCA class. But work on my boat lasted longer than planned and the timing was too tight, so reluctantly I withdrew.
Conditions have been extremely varied since the start. All of the sailors must be tired. The climb up to the Fastnet in light winds was exhausting. The racers rounded the rock as if sailing a Figaro, all bunched up. It looked like August with some incredible weather and light airs from the north. Sébastien Simon came out on top of this phase at the Fastnet. In just a few hours, he added thirty miles to his lead. After those light conditions, on the way down to the Azores, conditions were as wet as they get for the IMOCAs, reaching in 30-35 knots of wind. When it is like that, the boat is often under the water and you hide out inside.
In general, this Bermudes 1000 Race is one where those behind have been able to narrow the gap and now they are close to each other again, in spite of the the big differences between the boats in the fleet. Between Alexia Barrier’s IMOCA and Sébastien Simon’s, the difference in speed in the same conditions can be doubled. However, in spite of that, no one has been really left alone. All of the skippers have to work hard to maintain their positioning. That’s a good thing, as it is always more motivating when you are close rather than 500 miles behind the others.
The order has been respected. In front, we can see sailors who are well prepared and skilful on these very fast boats. Sébastien (Simon) sailed across the Atlantic twice this year. Sam took part in the Sardinha Cup on a Figaro. Even if the boat is somewhat different, it gets you used to sailing. Yannick (Bestaven) and Boris (Herrmann) also have a lot of experience at sea. I’m not surprised to see sailors like Damien Seguin (before his problem with the mainsail), Maxime Sorel and Giancarlo Pedote up with the frontrunners. They are not adventurers, but do everything to be competitive.
In spite of the tricky conditions, everyone is still out there racing for the moment. That shows that the boats have been well prepared. Sébastien Simon was automatically selected for the Vendée Globe (as he will have a brand new IMOCA), and he is attacking more than most of those chasing him, who are holding back. For many of them, the priority is to clock up 2000 miles. They have to finish the race even if their tyres are flat!”