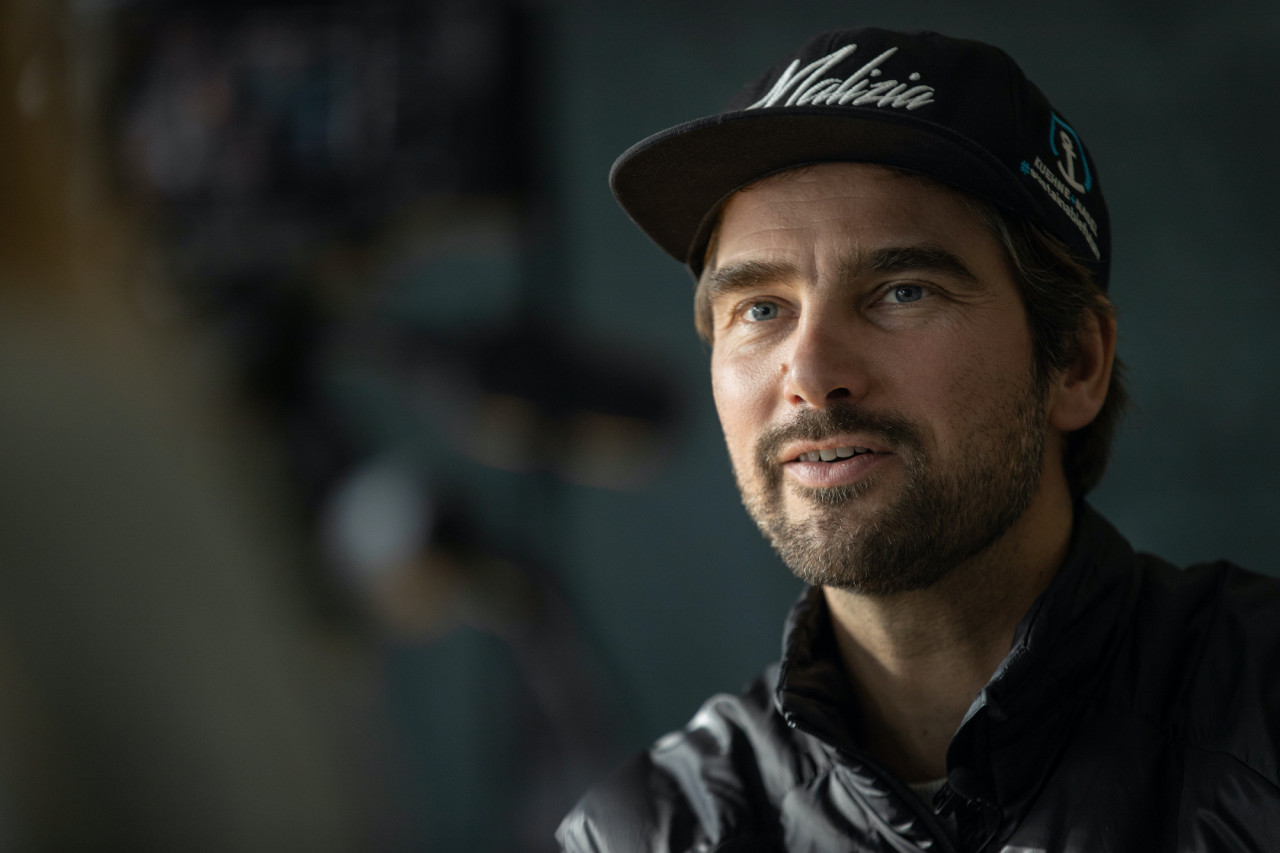 His turbo-boosted IMOCA was re-launched in Lorient yesterday after a major programme of modifications, while Herrmann remains at home in Hamburg awaiting the arrival of his first child.

Thanks to his hosting the climate change campaigner Greta Thunberg on the boat for her trip from Plymouth to New York last August, the 38-year-old sailor has become one of the most high profile of the IMOCA skippers.

Herrmann says that as time has gone on, he has become more confident that the Vendée Globe will happen this year, notwithstanding all the challenges posed by Covid-19.

“We can’t be 100% sure, of course,” said the German yachtsman, originally from Oldenburg in Lower Saxony. “But I was very skeptical when corona started and how it would pan out. Now, seeing the recent announcement, makes me more confident. I share the opinion of some of my fellow skippers that it would almost be a joint failure if we didn’t manage to race around the world because, if any sport can go-ahead in these times, then it is us.”

The German sailor has welcomed the new course and pre-start arrangements that are being established by IMOCA for the Vendée-Arctic-Les Sables d’Olonne race, scheduled to start on July 4. He is planning to cross the startline on what promises to be a challenging race taking the skippers up to the Denmark Strait and back down to the Azores.

“I think the class is doing an excellent job working with the authorities to secure the race,” he said. “And I think it is a new challenge and it is certainly valid. The interest with this route is to see if the fleet is sent into some more challenging waters, and maybe through a couple of cold fronts and low pressures, whether we manage or not. That is absolutely valid. We want to do the Vendée Globe so we should be able to do this.”

The Ocean Race, a perfect platform for Kuehne + Nagel

Herrmann is among the leading IMOCA skippers who are fully committed to the Ocean Race in 2021. He believes the inclusion of the IMOCA class offers an excellent opportunity for commercial partners who have a global market to benefit from the race’s worldwide reach and its menu of major city stopover ports.

He is hoping that as many IMOCAs as possible will take up the challenge but even a small fleet, he believes, will be viable. “We are working towards it and discussing it with our partners,” he said. “Even if there were only three or four boats, I would go. Of course that is not a scenario that we wish for. But we go for many reasons. We love sailing. We love this boat and the Ocean Race has an enormous legacy and it is a mythical race.”

His campaign has recently signed the logistics multinational, Kuehne + Nagel, and he can see how the race programme perfectly fits with the company’s global marketing objectives. “The Ocean Race is just a great opportunity to develop commercial partnerships and to make them international and global and unite the workforce and eco-system for bigger corporations,” he said. “We are working together with the world leader in logistics, Kuehne + Nagel, and they obviously have big country offices at all of the stopovers, so this fits very well with them.”

Herrmann is also drawn by the platform the Ocean Race offers to push the message of clean oceans and sustainability that lie at the heart of his campaign. He also relishes the opportunity to continue acquiring ocean data from on board Malizia II as he sails around the world and to share his adventures with school children, the world over. “We definitely have our fan base but we can also broaden the scope of the sport if we really use sailing as a metaphor for what we can do with innovation, renewable energies, the power of wind and the power of nature in the broadest sense,” he said.

A boosted version of the IMOCA Malizia II - YC of Monaco

The Malizia campaign has been one of the most ambitious in terms of modifications to the boat which started over the winter and have been continuing at a slower pace during the period of confinement in Lorient. The boat – originally launched as Maxi Edmond de Rothschild for Seb Josse in 2015 – has had major work done adding new more powerful foils, strengthening to the hull, a new bow profile, a new coachroof and new electronics. The foils will lift the hull just as they do on the newest generation of IMOCA boats and are expected to add two knots of boatspeed in some conditions.

Herrmann knows he has what amounts to a new boat on his hands but he feels confident he will have mastered her by the time the Vendée Globe comes around in November. “I am quite confident about learning this new boat,” he said. “I know many of the details already. I know how it feels to live on board. I have spent so much time on it and the interior hasn’t really changed. All the systems are the same – how I produce energy and my pilots and so on. Really I now have this extra turbo to deal with and that’s good.”

He is hoping that in her new configuration Malizia II will be able to compete with the best of the top-10 in the fleet. “In reality, if we put this programme together well between now and the start of the Vendée Globe, it should be able to perform well,” he said.

In the meantime Herrmann is trying hard to keep the focus. A new baby is on the way in three weeks in the Herrmann household – his first child – and the boat will be launched and start sailing trials without him. It’s all part of the challenge. “I wish I could be there when the boat goes in the water when we start sailing with the new foils,” he said. “But then at the same time, I am happy I can be at home and be here for the birth of our child,” he added.

Our very best to Boris and is family.