Charlie Dalin: I will be hunting for the podium in the Vendée-Arctique-Les Sables D’Olonne 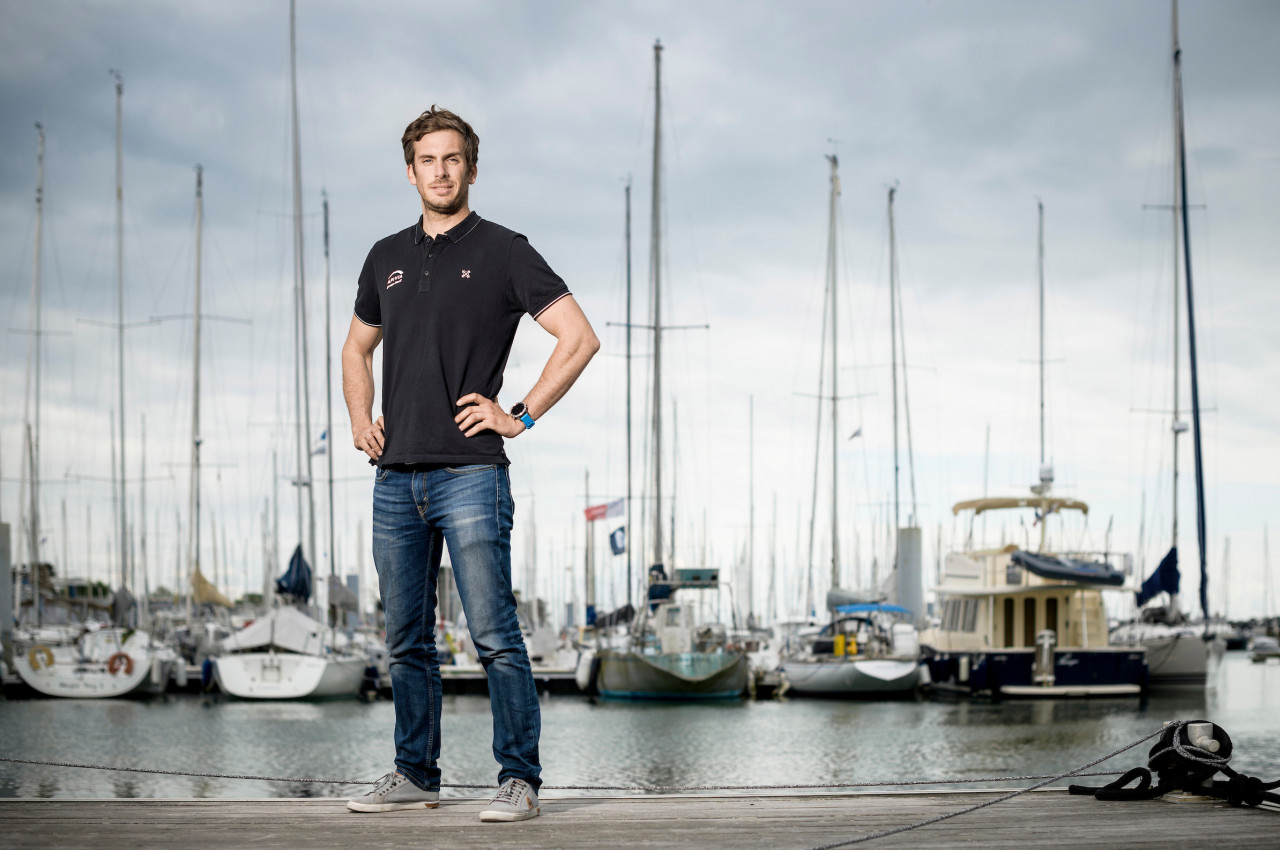 The Vendée-Arctique-Les Sables d’Olonne Race is sure to be a fascinating indicator of form for the Vendée Globe Race later this year and among the top skippers who will be looking to put a marker down is Charlie Dalin at the helm of Apivia.

The 36-year-old, originally from Le Havre, has a glittering background in single and double-handed racing, but the Vendée-Arctique-Les Sables d’Olonne Race will be his first solo contest in an IMOCA and he intends to make the best use of it.

Dalin, who won last year’s Transat Jacques Vabre aboard his new Guillaume Verdier-designed flying machine alongside Yann Eliès, is quite honest about his ambition of finishing this warm-up for the Vendée Globe on the podium.

“My objective?” he asks. “I would like to be on the podium, as a minimum, shall I say. But it’s important to take into account that this is my first solo race in an IMOCA in my career, so there is a lot to learn, although I think I know Apivia pretty well and regarding reliability, we are getting there.”

“Reliability” is a word you hear often from Dalin who knows how critical that aspect of a successful Vendée Globe campaign has been over the years. “I think we did a good job during these last few months in terms of preparation, but we shall see how everything goes for the boat and for me during the race,”he said.

“I am 100% sure we will learn things,”he adds. “I will probably have gear issues or issues with systems and things – it is fairly likely that that will happen and this race is made for that – and it is one of the goals for this race to continue the process of making Apivia as reliable as possible for the Vendée Globe.”

Most skippers are a little cagey about how hard they plan to push their boats during the Vendée-Arctique-Les Sables d’OLonne Race, on a 3,600-nautical mile course that is going to feature some heavy upwind work in the early stages as the fleet of 20 IMOCAs heads towards Iceland.

But Dalin has no qualms about admitting that he will be sailing full-on. “I will push,” he told us. “I think I will push to the level I will push during the Vendée. I am not planning at sailing at, say, 80%. There is a saying that if you train at 80%, you will race at 80%. For all the numbers that we will gather and all the experience we will gather, for it to be useful, I need to race as normal. So that’s it.”

The naval architect who won the Transat AG2R back in 2012, says it will be odd leaving for a race without the public on hand to see the boats off and without all the usual activity at the start – like PR events and media commitments. He says it is making it slightly harder to imagine the idea that the fleet is about to head offshore for 12-14 days. “I think subconsciously it’s maybe a bit harder to realise we are actually going on a race which is as long as The Transat,”he commented.

But Dalin has no doubt that the Vendée-Arctique-Les Sable d’Olonne Race is a vital substitute for the Vendée Globe build-up races – The Transat CIC Race and the New York-Vendée-Les Sables d’Olonne – that had to be cancelled because of the Covid-19 pandemic.

Asked if the new race adequately takes the place of the other two, he said: “In terms of preparation for the Vendée Globe, yes. Obviously it is one race instead of two, but I definitely think it is better than nothing. I am pretty happy that the IMOCA class and the organisers managed to make this race happen – that is a great thing for everyone. I think we will make the most of what we have – we will have benefitted from this race.”

Dalin is predicting an upwind and quite bumpy phase early in the race after tomorrow’s start as the fleet makes its way north. He says boatspeeds will be lower than later in the race. “We will have quite a lot of wind in the Channel and the Irish Sea,” he said.

“It’s upwind so OK, we will have a lot of wind and waves but the speed will be manageable, so it’s a good way to settle into the race and we will get into the higher speeds later on. It’s going to be a strong wind start but a slow start regarding boatspeed.”

Dalin added that he is quite happy to be heading north first after the race director decided against sending the fleet to the Azores on the opening leg. “I am happy with that,” he said. “I would have been happy with any direction.”

We wish Charlie and Apivia all the best of luck in the Vendée-Arctique-Les Sables d’Olonne Race.