Commando operation for a successful challenge! 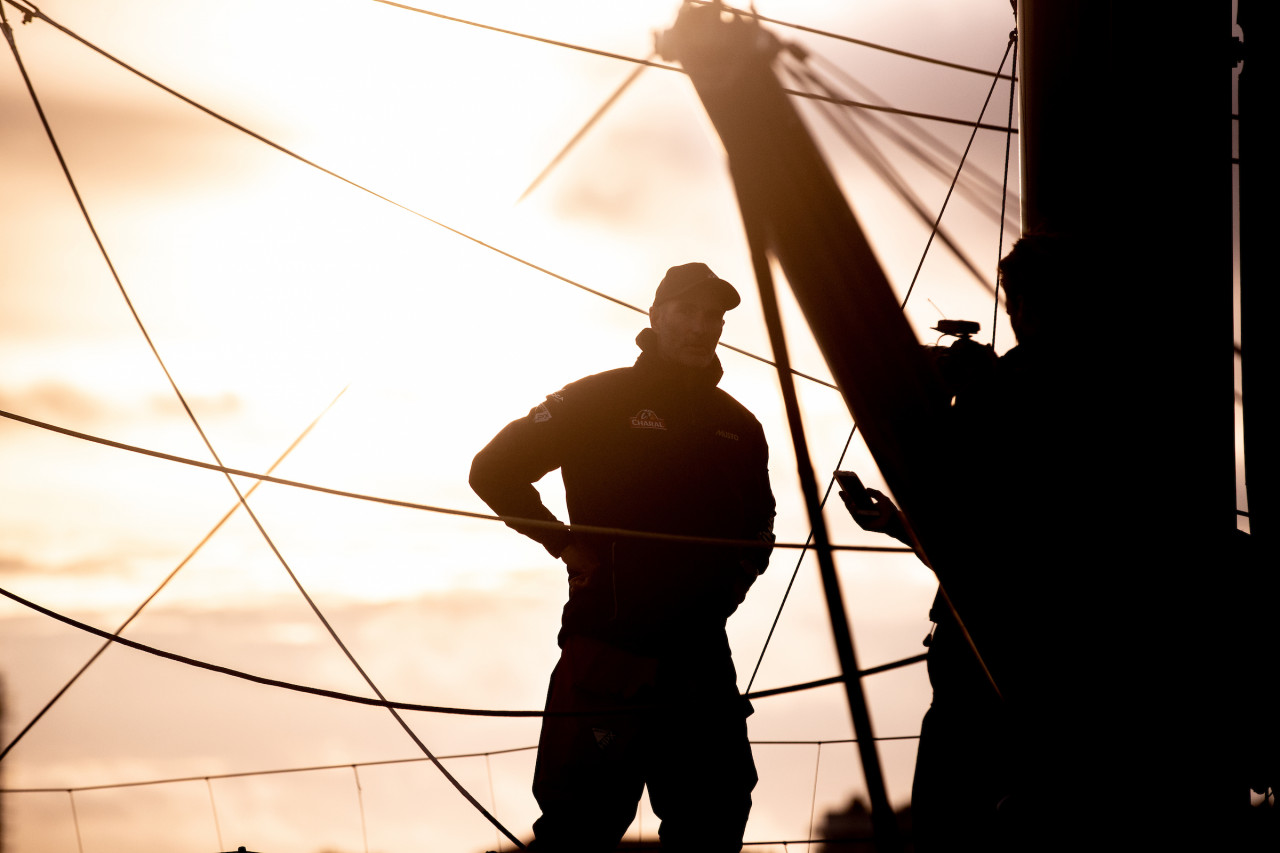 They are the initiators, organisers and partners of the Vendée-Arctique-Les Sables d'Olonne, surrounded by a passionate and efficient team. Gwen Chapalain, Antoine Mermod, Jacques Caraës, Yves Auvinet and Yannick Moreau make an ultra positive assessment of this North Atlantic race which will go down in the annals...

Gwen Chapalain, joint organiser of the race (Sea to See)
“The course for the Vendée – Arctique – Les Sables d’Olonne is magical. Together with the Class Imoca, I am delighted to have piloted this project, because it was far from a done deal. We were supposed to set sail from New York bound for the Vendée and then Covid struck and we had to reinvent ourselves. We immediately got ourselves up and running again and put together a commando group. The Vendée Globe heads south, so why not go north? It was important to be associated with the Vendée department, who were immediately attracted by the idea. In fact, I’m impressed by the maritime sway of this department and the willingness and strong character of the town of Les Sables d’Olonne. The sailors signed up and the whole process was simple and positive. Furthermore, the zany and original project created with Erik Orsenna, the Editions Gallimard and the Institut Pasteur, added another dimension to the race geared towards science and culture. I believe that a new page in maritime history has been written. Yes, the race should unquestionably become perennial.”

Antoine Mermod, President of the IMOCA Class
“This has been a hugely pleasurable experience! We put forward the initial hypotheses in mid-April during lockdown, the dossier was put together in mid-May, we requested authorisation from the different administrations and we got the go-ahead 15 days before setting sail. Everyone awaited the outcome with great patience and though it was a difficult birth, it’s been intensely pleasurable! It’s great for all the teams to get back together and be able to organise the event with a positive spirit. The skippers have really had a ball on a new and very different course with long days, cold wind and waypoints. They’ve rediscovered the delights of racing and sailing fans have rediscovered the cartography. We saw nearly 40 changes of leader! For the skippers, this race enabled them to take stock of where they’re at, to validate the technical details and to sail. Now, they can really turn their attention to the main event that is the Vendée Globe. Via the Vendée-Arctique-Les Sables d’Olonne, there was a genuine story to be told. Why not insert it into the Imoca schedule in 2022 before the Route du Rhum? We’ll quickly begin discussions along that vein. There is also appeal in returning to the Vendée department between Vendée Globes. The race also served as a kind of ‘teaser’ for the Vendée Globe: there is a new generation of skippers who are talented, believe in gender equality, are young, of varying profiles and international. It’s going to be extremely interesting. I believe that the standard of the competition has never been so high. The stories will be exceptional.”

Jacques Caraës, Race Director for the Vendée-Arctique-Les Sables d’Olonne and the Vendée Globe
“The feedback from the skippers has been very positive. The course was new and special for everyone and for Race Management too. We’re not used to going to such northerly latitudes. The competitive stakes were super interesting with precious little separating the boats as we brought everyone back to Les Sables-d’Olonne in less than 30 hours. It’s a positive result to my mind. For the skippers, it gave them the chance to validate a lot of elements both technically and psychologically too. The Vendée-Arctique-Les Sables had its rightful place in the programme and we are much more confident for the start of the next Vendée Globe. We’ve taken things up a notch in relation to the Vendée Globe 2016: in competitive terms it’s very clear-cut because a lot of competitors are targeting the podium. The boats are well prepared, even though they are more complicated to manage. However, I believe there is already a real maturity among the skippers. There’s also a fine female contingent, which we didn’t see at all in the previous edition. Furthermore, the latter demonstrated that in sporting terms, they were completely in the match.”

Yves AUVINET, President of the Vendée department
“For its 1st edition, the Vendée Arctique certainly fulfilled the brief. It’s a very fine prelude to the Vendée Globe. Congratulations to all the skippers who have thrilled us throughout and see you on 8 November for the day of the start in Les Sables d’Olonne.”

Yannick Moreau, Mayor of Les Sables d’Olonne and President of the Agglomeration
“Our heartfelt congratulations to the sailors who participated in this first edition of the Vendée-Arctique-Les Sables d’Olonne. The town is very happy to have been able to host one of France’s first sports events within the current disruptions. A big thank you to the organisers, who managed to adapt and bring together a top-flight fleet, who have thrilled us over the past ten days. It was important to do this race, which was a warm-up for the Vendée Globe for the skippers, as well as serving as a dress rehearsal for all the local protagonists who will be involved in the organisation of the round the world race. I would like to thank the volunteers from the LSOVCL club, who pulled out all the stops to enable this race to take place and run smoothly.”