Dalin Leads by 100 miles. Zen and art of staying calme in the calm 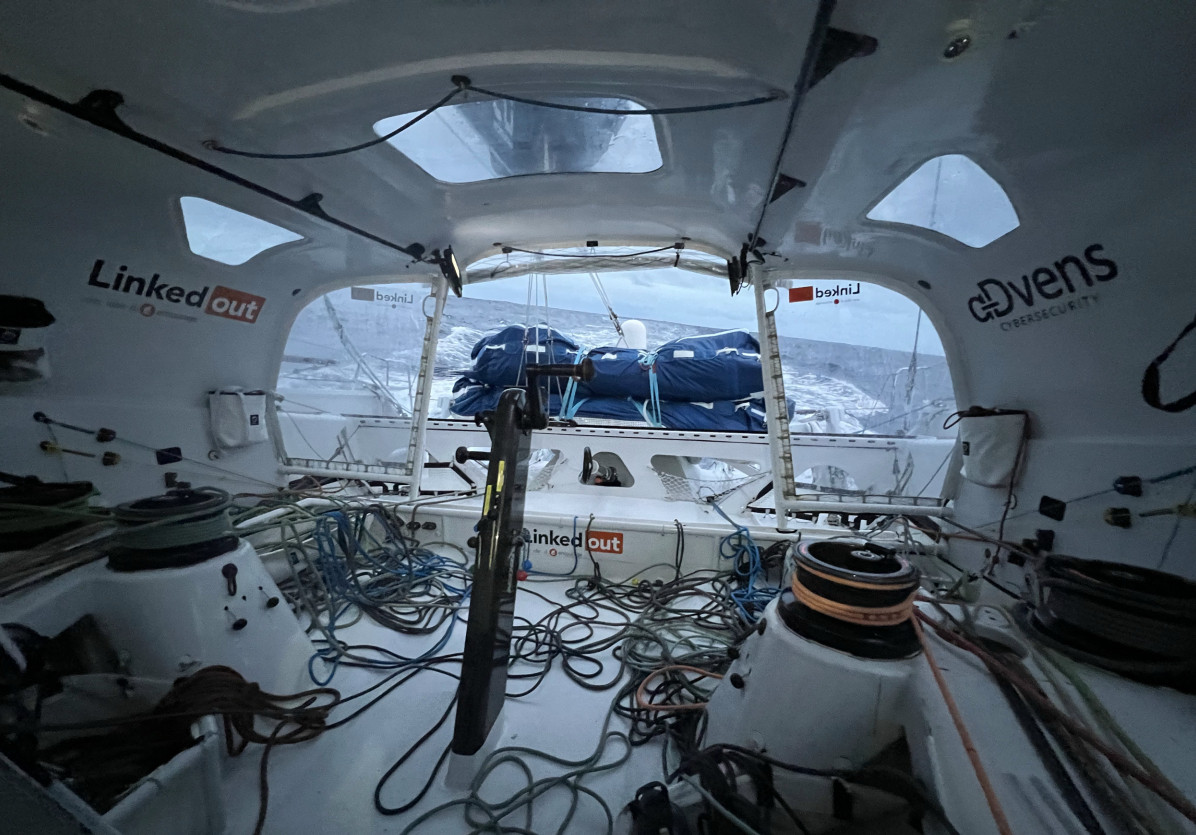 With a few exceptions the 24 sailors on the Vendée Arctique – Les Sables d’Olonne race around Iceland now have downwind conditions. After the main body of the fleet spent more than 24 hours snared in a wide band of calm most have escaped and are making decent speeds northwards in valiant pursuit of the breakaway Charlie Dalin.

The APIVIA skipper is now less than 250 miles to the Iceland waypoint on the east side of the Arctic island, and has built an impressive lead of over 100 nautical miles ahead of Jérémie Beyou (Charal) who won the inaugural edition of this race in July 2020. Meantime in the extreme east Louis Duc and Antoine Cornic continue their journey up the west coast of Scotland, sailing together some 50 miles to the west of Coll and Tiree islands.

The extended period in the calm has tested the nerves, even those of the experienced and mentally tough sailors like Italian philosophy graduate Giancarlo Pedote, “Getting stressed changes nothing. We learn to keep a lid on things mentally. We just do our best to sniff out the new breeze. Same with Damien Seguin (APICIL Group): "I'm not someone who gets stressed on my boat, I'm quite zen, but I hate the calm. I try to stay calm even if it gets on your nerves. A depression coming from the west will bring the wind back  and allow us to climb fairly quickly towards Iceland."

The fleet will see a southerly becoming southeasterly wind of 15 to 20 knots. The day will see the pace pick up substantially, gybing downwind towards the north. Leader Charlie Dalin did two overnight. Dalin has already created an impressive gap, just as he did in last month’s Guyader Bermudes 1000 race, Race direction expect him at the east Iceland waypoint in the early hours of tomorrow morning followed by Jérémie Beyou (Charal).

In sixth and seventh on older straight daggerboard boats rookies Louis Duc (Fives - Lantana Environnement) and Antoine Cornic (EBAC Literie) are continuing their strategy closer to the coast of Scotland, They are working a band of wind around fifty miles wide which could well move with them and allow them to sail directly towards Iceland without slowing down too much. Les Sables d’Olonne based Manu Cousin (Groupe Setin) has suffered more than most after changing his strategy several times and made just 73 miles in 24 hours.

Belgian rookie Denis van Weynbergh is eighth on the former Spirit of Hungary, also benefiting from a very easterly position. Switzerland’s Alan Roura has profited in the west and is up to 15th leading the main pack of foilers which has effectively restarted heading NW whilst to their east the daggerboard boats are sailing a higher more direct angle.