Damien Seguin heads back to Brittany 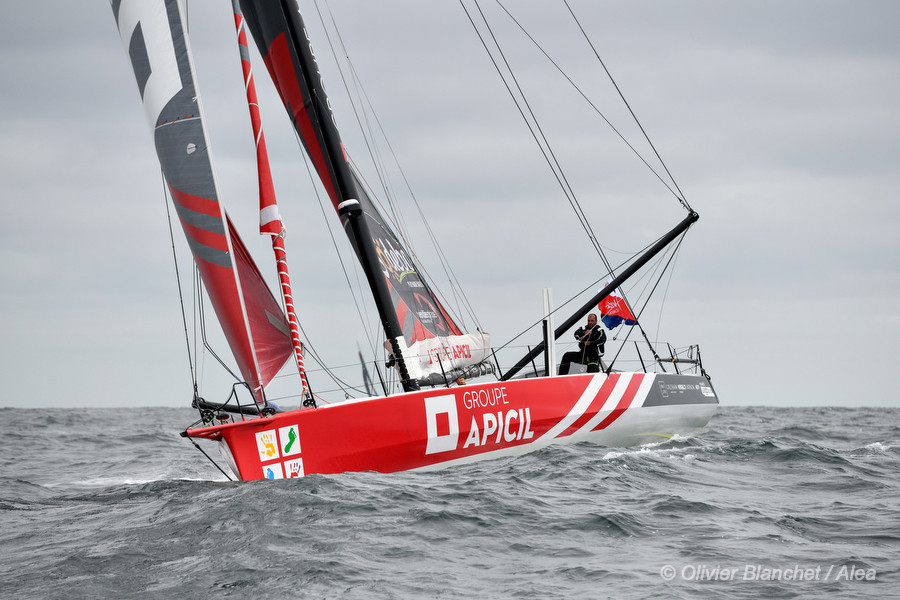 At 6pm this evening, Damien Seguin, skipper of the 60’ Groupe APICIL monohull warned his shore team that he was heading back to Brittany. Leaving his 14th position in the Vendée -Arctique - Les Sables d'Olonne and 11.5 knots of average speed behind.

The cause is known to be the breakage of the alternator support, which is no longer attached to the engine, preventing the batteries from being fully recharged. Damien believes that he cannot fix this technical problem during the race. Currently at 50% battery charge, APICIL Group cannot rely on just its hydrogenerators alone, which are less efficient upwind. As a reminder, a lack of energy on board would limit the possibility of retrieving the essential weather information for the race – a crucial element considering the difficult navigation conditions to come. The triple Paralympic medallist chose to return to Brittany for security reasons. Damien is currently sailing back with 2 reefs in the mainsail and the J3 in place, in 25 knots of westerly wind. His team is preparing to welcome him to shore in the early hours of the morning.