Dented after the night 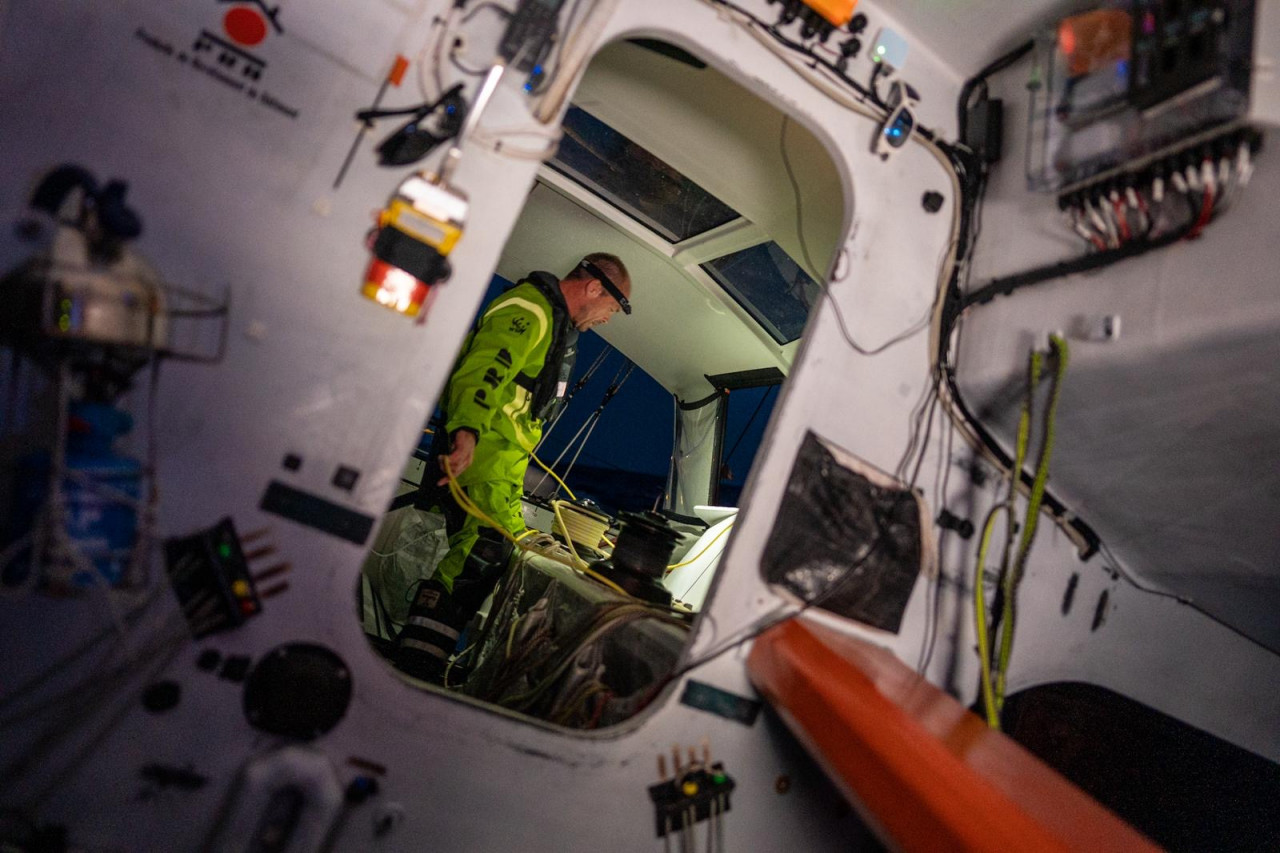 First storm of this round-the-world trip and the day dawns on a slightly groggy fleet.

Last night, Jérémie Beyou had to make a temporary repair to his rudder control before facing heavy weather. At the same time, it struck an UFO and one of the rudders was damaged. He plans to consolidate a more permanent repair as soon as weather conditions allow. More info to follow during the day.

“It is jacuzzi mode this morning on PRB.” Quipped Kevin Escoffier this morning on a video released at 0845hrs this morning. On screen it is clear there is water sloshing around on the bottom of his boat. I noticed this earlier. Obviously this is easy to manage when there are 5 knots of wind, but not when there is 40 knots. I went to do my usual check when I found this out. Here I am mopping up. " The problem is a valve through which water empties from the foil well which given way. Escoffier, one of the most accomplished technicians in the fleet, is reassuring. It should be fine. Technically, I have to hold out for an hour before tacking and I should be able to fix it on starboard tack.

He says: "It is option jacuzzi this morning, I realised when I was doing my morning check up front, it is easy to see what the problem et voila i am mopping up i dont know how it happened i am sure i did not kick it.. in five knots it would be easy to fix but not in 40, but in an hour i will tack and do it on starboard tack."