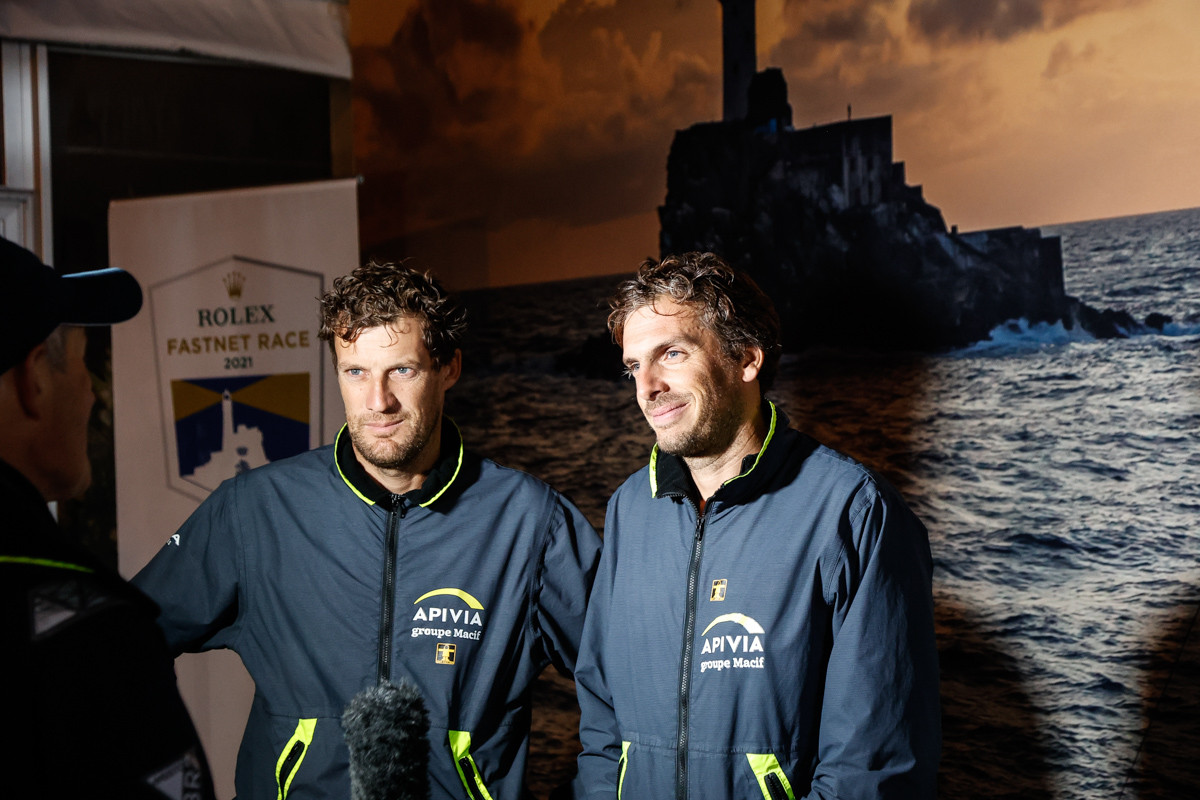 Charlie Dalin and Paul Meilhat have just completed the IMOCA Rolex Fastnet Race after only 2 days 17 hours and 2 minutes of racing.

The two sailors have achieved a perfect record, far ahead of their rivals Charal and ARKEA PAPREC, who are due to arrive in Cherbourg-en-Cotentin at the end of the morning.

"We had a rather magical sequence of weather phenomena, whether it was the wind or the current," summarised the skipper. Proof of this domination, APIVIA has been boxing above its weight, going after the giants of the IRC Zero class like Skorpios, which arrived last night, or Rambler 88, which crossed the line a little earlier in the night.

Skorpios and Rambler are much bigger, but above all, they are led by large crews of the best sailors in the world. This Rolex Fastnet Race is an excellent test for the Transat Jacques Vabre. After this extraordinary performance, the Dalin - Meilhat pair is reinforcing its status as favourites.

Charlie Dalin"The duo is working well. There is still a lot of work to be done, and there were also some very good competitors in front of us, so it's encouraging for the future. We can't rest on our laurels though. We are a bit tired but we still managed to sleep with Paul. The aim is also to start working on a Transat Jacques Vabre start rhythm, so we took turns very early on. We had a good sequence. When we left in the Solent, we had good speed, which allowed us to get out in front with a two-mile lead. Then we had a pretty magical sequence of weather conditions, whether it was wind or current. We never sailed against the current, we had the reverse first at Bréhat and before that we took advantage of the current at Ras Blanchard. It reversed just after us, which slowed down our competitors. It was a great sequence from start to finish."

Paul Meilhat  "It's great. I'm really happy to be sailing this boat which is really incredible. Charlie knows it inside out so it's pretty easy for me to get the hang of it. I'm really happy with this race. What was difficult was the return journey, because after the Fastnet, we had to tack all the way back in fairly light wind conditions. Even though they were behind, it was quite stressful because the boats could come back. All day yesterday we had to fight with the thermal breezes in the English bays. We are happy because we managed to get through before the light airs."