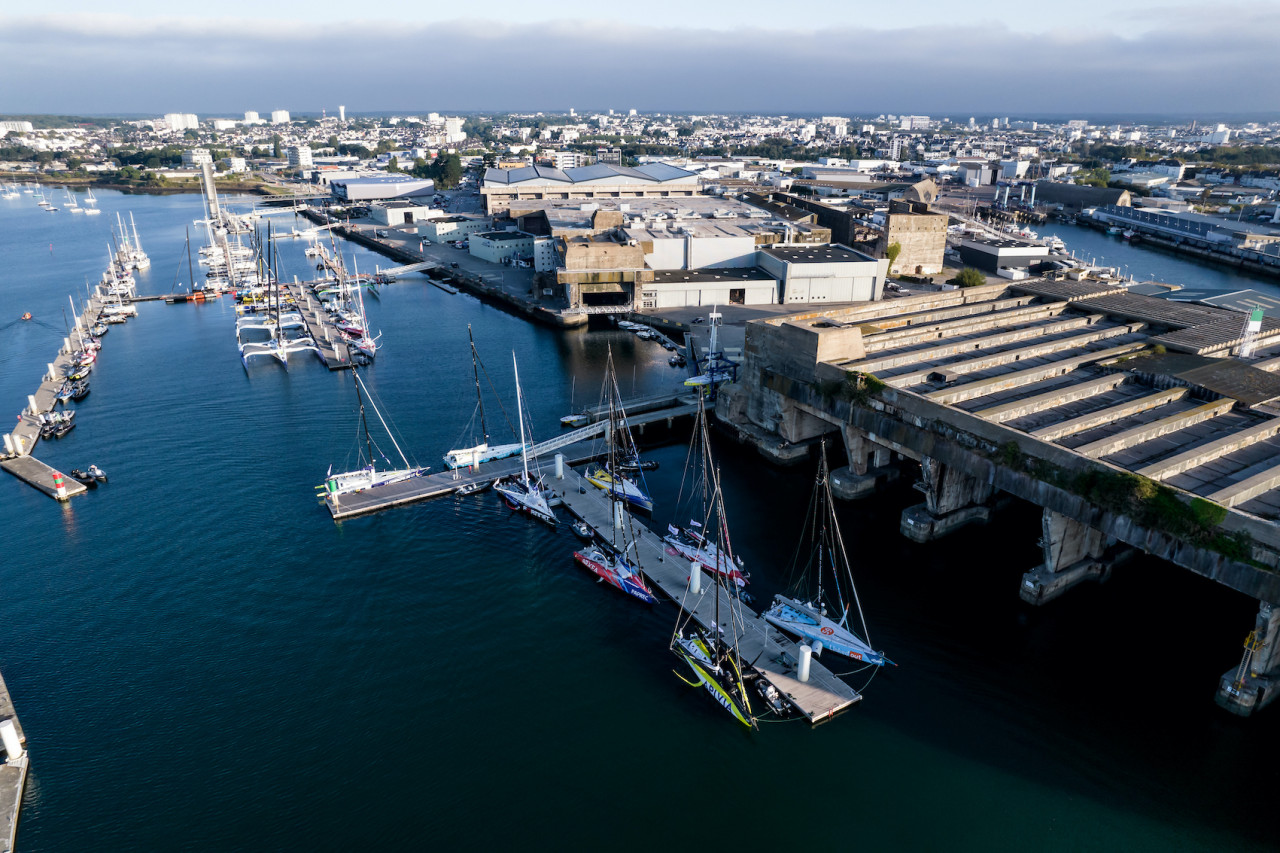 Anticipation is building ahead of next week’s Défi Azimut-Lorient Agglomération regatta in Lorient, France when five of the IMOCA teams so far confirmed as entries in The Ocean Race 2022-23 will line up against each other for the first time.

Lorient is acknowledged IMOCA’s spiritual home and the popular six-day annual event scheduled to take place from September 13 - 18 has attracted a total entry of 29 boats in its 12th edition. The entry list features many of the top name names in the class including the top three skippers from the 2020–2021 Vendée Globe: Yannick Bestaven (FRA), Charlie Dalin (FRA), and Louis Burton (FRA).

The Défi Azimut programme opens on Wednesday with a day of sprint speed trials along a one-nautical mile reaching course set between Lorient and the nearby Groix island. The racing will be based on football World Cup-style knock-out format with the teams grouped in the early rounds before the qualifiers race one-on-one in the later stages. For The Ocean Race boats this stage offers a valuable opportunity to gauge themselves against their opposition in terms of raw boatspeed.

The following day the fleet sets off on a 48-hour offshore race around a course that loops out into the Atlantic around a set of virtual waypoints before bringing the fleet back to Lorient on Saturday. For The Ocean Race’s four fully-crewed teams this will be the first and last time they will race offshore together before the 14th edition of the around-the-world race starts on January 15, 2023 in Alicante, Spain.

With that in mind the two day offshore could be as much about reconnaissance as it is about the result, with the crews expected to keep a close eye on each other as they try to glean any useful information about their rivals’ technique, setup, and performance.

Sunday’s final day of racing centres around a timed sprint fleet race around the 15-square kilometre Groix Island. With 29 boats and a record time of just one hour, eight minutes, 10 seconds (set by French skipper Vincent Riou on PRB in 2015) this race is set to be a frenetic scramble with no room whatsoever for tactical mistakes or boathanding errors.

Paul Meilhat – skipper of the brand new Biotherm IMOCA – acknowledges that his boat, which was only launched last week in Lorient, may not be fully ready, nevertheless he said that he and the team are excited to take part.

“I'm really happy that we can do this fully-crewed as a warm up for The Ocean Race. The truth is that it is easier to manage a boat that is not totally finished sailing with four people rather than if you are alone. Also I think it's a really good way for us all to start our story with The Ocean Race together.”

Team Malizia co-skipper Will Harris (GBR) said Boris Herrmann’s squad were keen to line up against the other IMOCAs entered for The Ocean Race for the first time.

“We have seen some of the other boats out on the water but we have never lined up against them,”Harris said. “So this is going to be the moment we see whether we are in the game – or we have a lot more work to do.”

GUYOT environnement – Team Europe’s team manager Jens Kuphal said that the event would be a major milestone for the team which is a potent blend of Olympic campaigners and ocean racing talent.

“There is a lot of anticipation for the Défi Azimut because it's the first time that our sailors will come together as a crew. For us it is like the kickoff point for the whole campaign – so it is a special moment.”

11th Hour Racing Team skipper Charlie Enright said his team was looking forward to racing with the other IMOCAs from The Ocean Race.

“The Défi Azimut is the only time that all the boats will line up against each other in a competition format before The Ocean Race begins in January.

“The format is great. You ease into it with the speed runs which are fun and then there’s the 48-hour race – which is the most relevant to what is coming down the track for all the competitors.

“The Round Groix race is particularly useful for us because it gives us a chance to get some meaningful boat handling practice in the crewed format.”

Despite opting to race the Défi Azimut solo, Holcim – PRB’s French skipper Kevin Escoffier said he was pleased to have the rest of The Ocean Race IMOCA crews competing.

“I have chosen to do it single handed because I wanted to have some solo training on the boat ahead of the Route du Rhum. But for sure I will keep an eye on our friends and rivals from The Ocean Race teams.”

All the boats will carry GPS trackers for the entire event meaning fans will be able to follow the action online at the event website. The tracker for the 48 hour race will be embedded on theoceanrace.com.