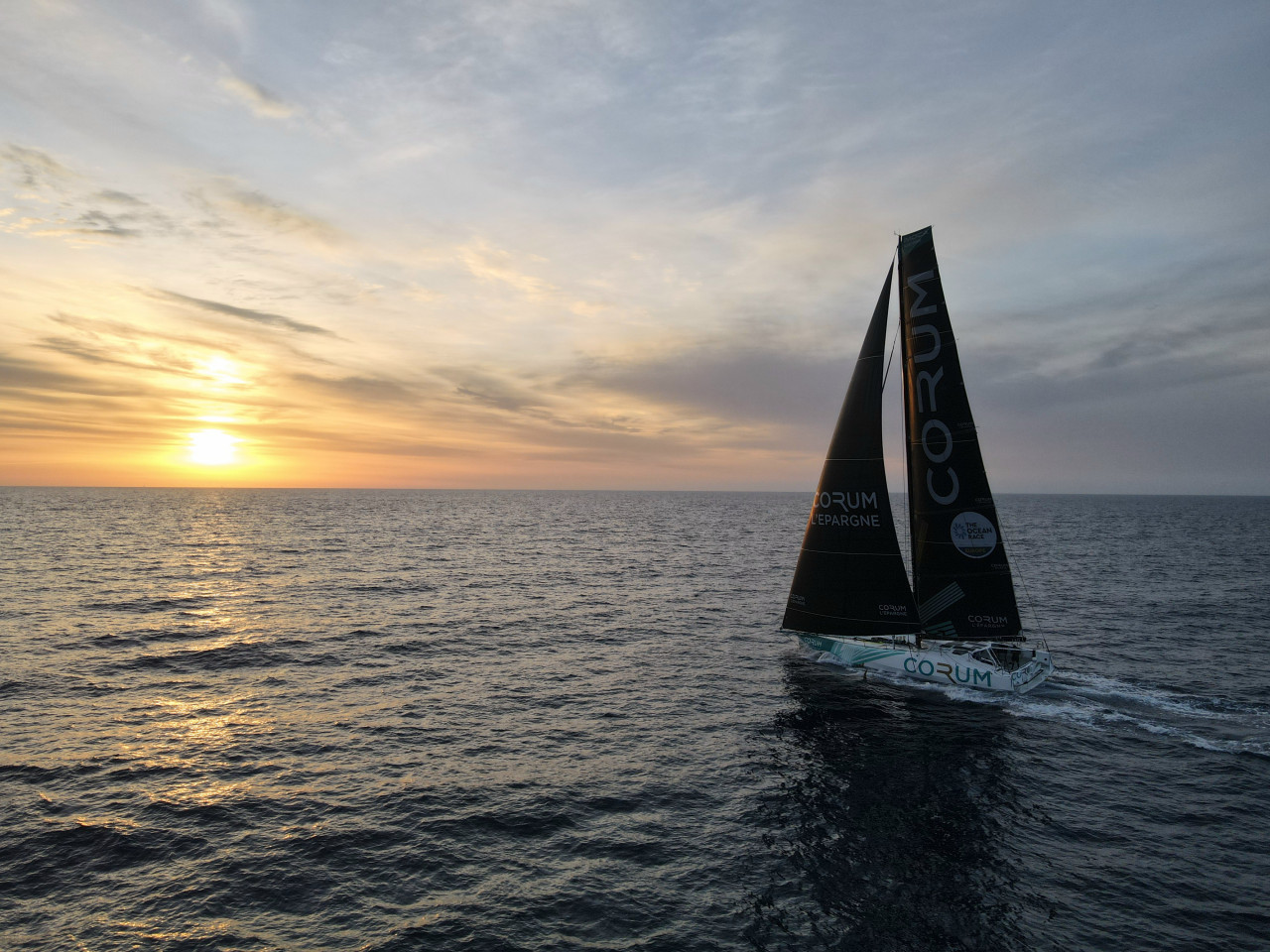 The weather conditions experienced by the 12 international professional crews competing in The Ocean Race Europe have moderated considerably from yesterday’s fierce headwinds winds that funnelled against them through the Gibraltar Strait.

However, despite the Mediterranean’s gentler breezes and flatter seas, the high intensity of the racing remains undiminished as the closely packed fleet closes in on the leg two finish in Alicante, Spain.

The screaming winds that pounded the yachts for most of the day in the Gibraltar Strait eventually gave way to ultra-light Mediterranean zephyrs yesterday evening, offering a chance for the sailors to rest a little and take stock of any damage to their boats.

While some faced a more difficult passage than others, the fleet appears to have made it through the notorious strait relatively unscathed – a testimony to the sailors’ seamanship and the resilience of the IMOCA and VO65 classes, which are both designed to race around the world.

“You do all this tacking with 35 plus knots of wind in Gibraltar to gain zero point something of a mile, and then at the end you're all floating in the Med within a mile of each other,” lamented Jolbert van Dijk, the Dutch navigator aboard The Austrian Ocean Race Project VO65.

The crew of Louis Burton’s IMOCA 60 Bureau Vallée (FRA) had a torrid time yesterday as they passed the Cap Spartel lighthouse close to Tangiers on their way into the strait. The tackline on their J2 headsail suddenly exploded, and in the ensuing chaos the mainsail was damaged, costing the crew a lot of time to get the boat back in full racing mode.

Meanwhile the crew of the American 11th Hour Racing Team IMOCA 60 has continued to make impressive progress on their quest to close down the rest of fleet since restarting several hours late yesterday due damage to their port foil incurred in a collision with the anchor line of a moored boat.

They closed to within 35 nautical miles (nm) / 67 kilometres (km) on the approach to the Gibraltar Strait yesterday. Today, having made quick work of the strait the team managed to overhaul the non-foiling Offshore Team Germany, are are sitting in fourth place, 21nm / 39km off the lead.

“I think we did a pretty picture-perfect job carving it up with 30 to 40 knots and two reefs and the J3, crossing the channel a couple times,” said skipper Charlie Enright (USA). “Eventually we went north of the TSS [traffic separation zone] and snuck in kind of under Tarifa.

“We seemed to get back up to speed after Gibraltar quite well. Just shaking reefs, sail changes, stuff like that. So, closing the gap, I don't know if it's going to be enough, but we're pushing hard. It's all we can do and, you know, if we make it close and hopefully we can make it exciting at the end.”

At the front of the VO65 class there is a familiar scene with the two frontrunning teams for most of the first leg from Lorient, France to Cascais, Portugal – Mirpuri Foundation Racing Team (POR) and AkzoNobel Ocean Racing (NED) – once again match racing for the lead.

At 1400 UTC / 1600 CEST this afternoon the Portuguese crew led by French solo racing skipper Yoann Richomme had edged ahead of the Dutch boat skippered my multiple world champion and around the world sailor Chris Nicholson from Australia.

In the IMOCA 60s Thomas Ruyant’s LinkedOut (FRA) crew continue to hold on to the lead as they have for almost the entirety of the second leg. Sixteen nautical miles (30km) behind them in second is Nicolas Troussel’s CORUM L' Épargne (FRA), with the hard chasing 11th Hour Racing Team (USA) a further four nautical miles (seven kilometres) adrift.

With a little over 100nm / 185km still to race to Alicante no more than 22nm / 41km separates all seven VO65s, with just 31nm / 57km between first and fifth in the IMOCA 60s – raising the very real prospect of an ultra-close finish to the leg, perhaps even a repeat of what was seen at the end of leg one in Cascais.

Follow the tracker at www.theoceanrace.com for the latest positions.