Giancarlo PEDOTE : And that makes three! 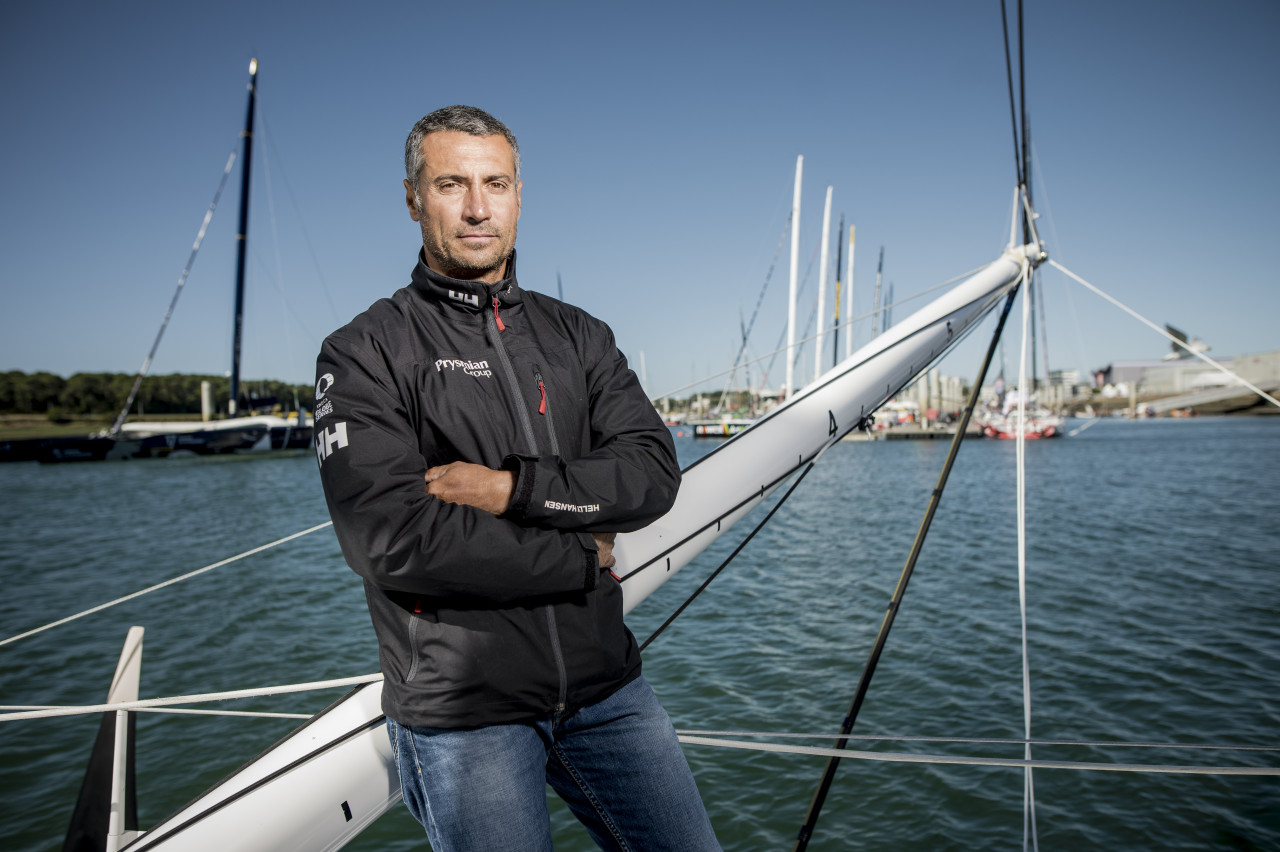 Already armed with two previous participations in the race, one of which culminated in success in the Multi50 category back in 2015, Giancarlo Pedote is preparing to take part in the famous Transat Jacques Vabre for the third time. However, there is one notable change this time in that the Italian sailor is assuming the role of skipper.

With it comes greater responsibility and doubtless more pressure too and yet, having managed his projects since he started out on the Mini 6.50 circuit in 2013, he has learned over time to transform the stress into positive energy and a difficult situation into another challenge to take on. As a result, he has a very determined approach to this 14th edition of the Coffee Route, which will take him and his co-skipper Anthony Marchand from Le Havre to Salvador de Bahia in Brazil. He’s also well aware of the race’s specificities and difficulties, its pitfalls and its key points. He tells all, a few memories coming to the surface in the process.

The first two
“They date back to 2015 and 2017. The first, bound for Itajaí back then, I contested in the Multi50 category aboard FenêtréA-Prysmian. We took the win in that category after just over 16 days and 22 hours, treating ourselves to the luxury of finishing third overall behind the Ultimes Macif and Sodebo. The second, also bound for the state of Santa Catarina, I raced in the IMOCA category aboard Newrest – Brioche Pasquier, finishing in 12th place. Though very different, both experiences were naturally very educational for me.”

The memories
“In 2015, I remember that we struggled a lot because the weather was extremely complicated. Indeed, numerous boats, in every category, were forced to retire due to the difficult conditions. We were on a beat virtually all the way to the Canaries! However, I have fond memories of it, especially as we won and it opened up the multihull world to me. The 2017 edition was another great experience for me as it was my first Atlantic crossing in IMOCA. At that point, I was in discovery mode, even though it wasn’t a latest generation boat since it was the former Gitana Eighty launched in 2007 for Loïck Peyron. We exploded the large spinnaker fairly early on and that was a serious handicap for us for the rest of the race, but I learned a massive amount.”

The specificities of this transatlantic race
“You don’t really appreciate the fact that in such a long transatlantic passage (4,350 miles), you have to negotiate no fewer than five weather systems: the low-pressure systems from the West in our latitudes, the NW’ly trade winds, the doldrums, the SE’ly trade winds and a very shifty and stormy zone to finish. That’s a lot of very tricky sections. To my mind though, the most important of those is played out at the start, between the exit from the English Channel and that of the Bay of Biscay. Once you’re through the inter-tropical convergence zone (ITCZ), which it has to be said is a bit of a lottery, what was going to break has already broken and we’ve already succumbed to any technical hassles we were going to suffer. After that, those at the front often steal a march…”

The key difficulty
“It’s clearly the beginning as the minute you take the race start you’ve been locked down on land for the past ten days or so and the boat hasn’t left the basin. As a result, you have to very quickly get into the match, particularly so as it’s generally during the first few days that the first significant gaps open up. It’s not easy because it’s October/ November, you can be subjected to some major changes in terms of weather and/or temperatures. It’s cold, it’s raining, it’s windy and there are heavy seas… it’s no small feat to get into the right rhythm from the outset.”

How much of an asset is the experience you’ve gleaned from 2 previous participations in the race?
“When you’re participating in a race for the third time, there’s naturally less stress. You know the way, the problems you can be confronted with, the pitfalls along the course… However, it’s still a transatlantic passage, which is no picnic. No two are ever the same. What’s different for me this time is that I’m assuming the role of skipper. Consequently, I’m taking responsibility for a lot more things. It’s another ball game entirely and I’m especially keen to do things right”.

A test for the Vendée Globe

A highly competitive race that proved its worth as a test for the Vendée Globe.