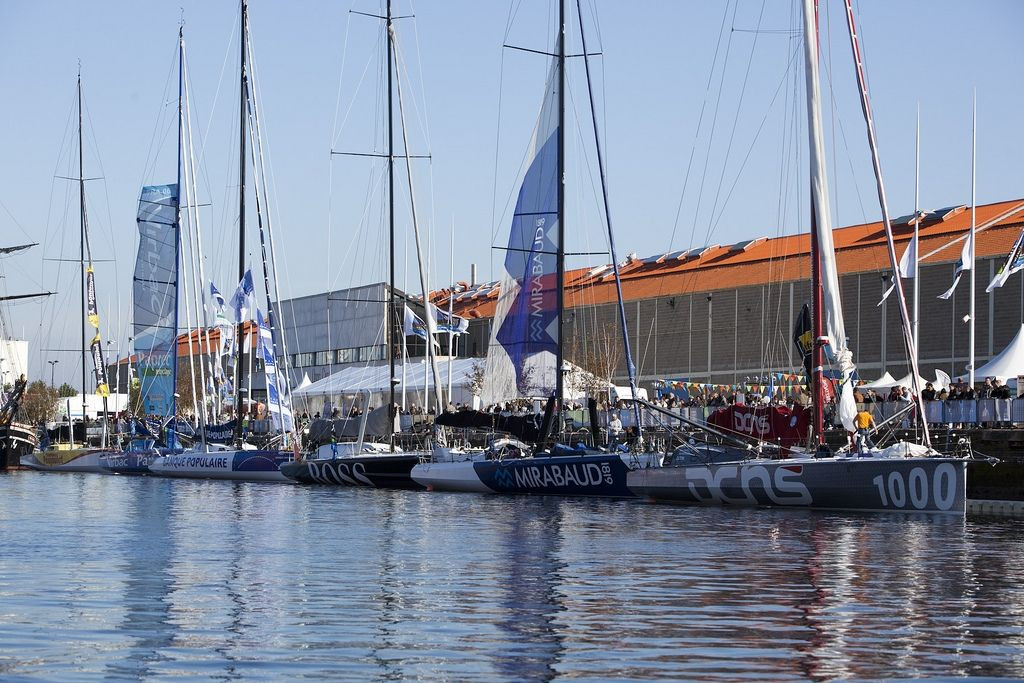 As the Transat Jacques Vabre is about to get underway with thirteen boats in the IMOCA fleet, including five from the latest generation, the Class has held a General Meeting in Le Havre to examine what lies ahead after the next Vendée Globe. The goal is to ensure a lively future as we move forward to the 2014 Barcelona World Race and the 2016 Vendée Globe.

This General Meeting chaired by Luc Talbourdet was arranged by the Board of the Class and brought together racers and owners so that everyone could discuss future prospects.
The first conclusion was that the IMOCA class is doing well. In spite of the unfavourable economic conditions, it is continuing to attract new projects, and remains one of the most attractive classes with a programme that is becoming increasingly clear: a round the world race every two years and a few major races alternating double-handed and solo races with crewed races.
Nevertheless, as is the case for other sportsmen, racers in the IMOCA class are facing increasing difficulties finding the funding that is required to get projects set up. Today, several exceptional sailors, including Jean Le Cam, Sam Davies and Yann Eliès are still looking for a partner with one year to go to the 2012 Vendée Globe.
That is why led by racers like Jean Le Cam, Dominique Wavre, Bernard Stamm and Alex Thomson, the Board has decided to work towards changing the class rules, bearing in mind two particular aspects: they wish to make the boats more reliable and less expensive.

Luc Talbourdet reminded everyone that the future of the Class will depend on its commercial development and on stabilising its programme and that it is necessary to take into account the current economic context, which is affecting everyone, whatever their activity and wherever they are. Today the IMOCA is well established and everyone fully understands that these problems need to be tackled in a global way: technical aspects, the safety of the boats and crews, but also the return on the investment for the partners, with communications and marketing seen as vital components that need to be given equal importance.

An alternative to make the Class even more attractive
The Board presented the work it has done and the Meeting enabled members, skippers and owners to have their say. The discussions were very constructive and dignified. It was logical too for the Class to hear from the leading race organisers, in other words the Vendée Globe and the Barcelona World Race, who were both favourable to a solution making it easier for racers, businesses and particularly smaller businesses to become involved. The IMOCA class has been thinking about changing its Open rules. Antoine Mermod, a member of the Board, presented some measures to simplify matters, significantly reducing the cost of boats while ensuring greater reliability. Having listened to these arguments, it became increasingly clear that by keeping Open rules, the Class continues to favour the development of boats. But experience shows that that the constraints are huge, with progress costing a lot and with real gains often seen as minute.
That is why the Board has come up with the idea of looking at a one-design alternative. This solution would certainly have an effect on costs, reliability and, of course, competitiveness. The goal that is being put forward is to cut costs by 30% a year without any loss in performance and competitiveness. The Open rules enabled some amazing and fantastic changes to occur, but today to win, it is not enough to be a talented skipper, as you also need an exceptional technical team bringing together specialists and engineers every day.

Such a change cannot be adopted in any case without taking into account the viability of the current fleet, which includes six new boats as we move forward to the next Vendée Globe. That is why the IMOCA Class has decided to give everyone, racers and owners, time to think about these changes. The first decisions are due to be taken in January 2012 with the aim of ensuring the best possible future for the Class.