Intense battles in the IMOCA fleet 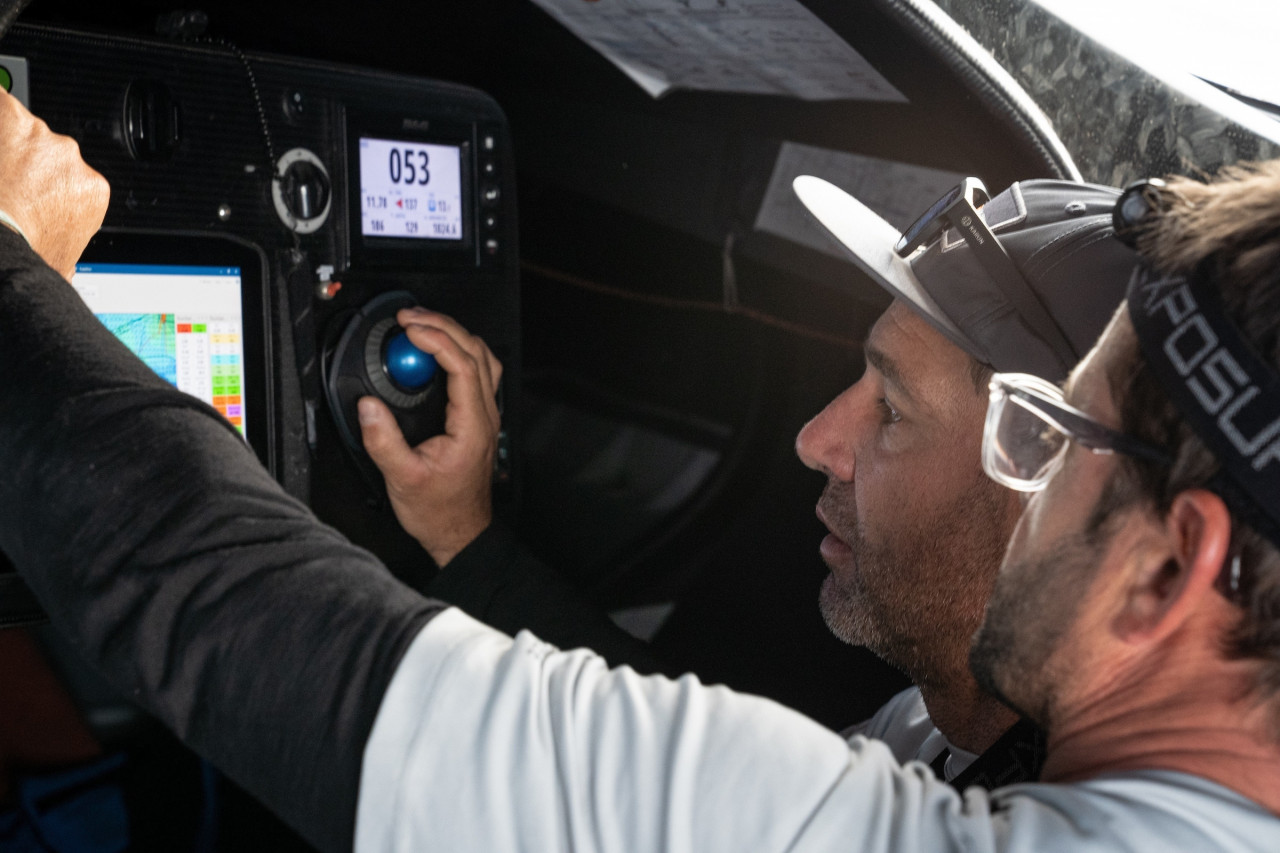 After almost two days at sea, the IMOCA Class in the inaugural Ocean Race Europe is now heading offshore on a course just south of west towards the virtual turning mark set about 480 miles due west of Cape Finisterre.

The boats were going nicely this morning in a fresh northerly breeze and were about halfway between the Spanish coast and the mark, with the lead hotly disputed between Thomas Ruyant’s crew on LinkedOut and Charlie Enright’s team on 11th Hour Racing.

These two have been locked in a duel at the front of the five-strong fleet for the past 24 hours with the lead regularly changing hands as the boats have tackled varying wind and sea conditions. This morning they were less than a mile apart, fighting for every boatlength, with 740 miles to sail to the leg finish at Cascais in Portugal.

Behind them, the new Bureau Vallée 3 (+13.6) – the former L’Occitane En Provence skippered by Louis Burton – is locked in a fascinating battle with Nico Troussel’s team on CORUM L’Epargne (+17.5), which led the fleet in the early part of the Biscay crossing.

Bringing up the rear is Offshore Team Germany skippered by Robert Stanjek – the only IMOCA in the fleet without foils. However, she has impressed with her speed in light winds and, as the fleet heads further west, she may well cut the deficit on the boats ahead, (currently at nearly 50 miles to LinkedOut), as the fleet crosses and re-crosses a high pressure ridge.

This contest has already tested the crews with light winds at the start off Lorient on Saturday and then a building following breeze as they headed south-southwest towards Cape Finisterre, where they all went north of the Traffic Separation Scheme, with Ruyant leading the way. Then overnight on Sunday/Monday the IMOCAs opened the throttles in strong winds on starboard tack, with boatspeeds hitting 30 knots as the foilers showed their paces.

There had been great interest in how the Vendée Globe boats would compare in fully-crewed configuration on the racecourse with the one-design VO65s, which have daggerboards but no foils. As expected, all but one of the IMOCAs are clear ahead of the VO65s today, with the gap between LinkedOut and Mirpuri Foundation Racing Team – the leading VO65 – at around 28 miles.

So it is all to play for in the IMOCA fleet with LinkedOut and 11th Hour Racing Team fighting for victory, but with plenty of light-air racing to come and several weather transitions between the turning mark and the finish, anything could happen between now and then.

Seb Josse – one of four crew on board CORUM L’Epargne alongside Troussel, Marie Riou and Benjamin Schwartz – told the IMOCA Class this morning that his team lost a few miles in the Bay of Biscay during the transition from light to stronger winds. “Then last night was fast – really fast,”he said on a poor line from the cockpit with the noise of sheets being trimmed in the background clearly audible. “We were going at over 30 knots,”he added, “but now the wind is starting to drop a little bit and we have been able to get some rest and something to eat and we have been able to clean the boat up a bit.”

The Vendée Globe and Ocean Race veteran said managing changing conditions will be critical to the team’s overall performance in this opening leg of three. “We have to manage the transitions and the wind will ease off and go to the left, so we can expect to use a bigger headsail, and to have really light winds,” he explained. “But the transitions will be really quick – you go from five knots to 25-30 – and during the next night it should be really fast.”

Josse says the crew on CORUM L'Epargne is enjoying the battle with Burton’s team on Bureau Vallée 3 which missed the official Prologue around the Ile de Groix on Friday and made it to the startline on Saturday with only minutes to spare. “For us it is the first race and the first time we have raced with a boat next to us, so it is really interesting to see where we are strong and where we have to learn to sail the boat a bit better. It’s close; it’s a good race with Bureau Vallée.”

The mood on CORUM L'Epargne seems to be very positive as the sailors relish their first chance to race fully-crewed against rival boats at the top of the IMOCA rankings. “It’s the first time we race together with Marie and Ben,”explained Josse, “but these are high-level sailors, so it is really easy to sail together because we are all in the same place – everyone takes care of each other – we are in good shape.”