Kojiro Shiraishi: The main goal is to test the boat in all kinds of weather conditions 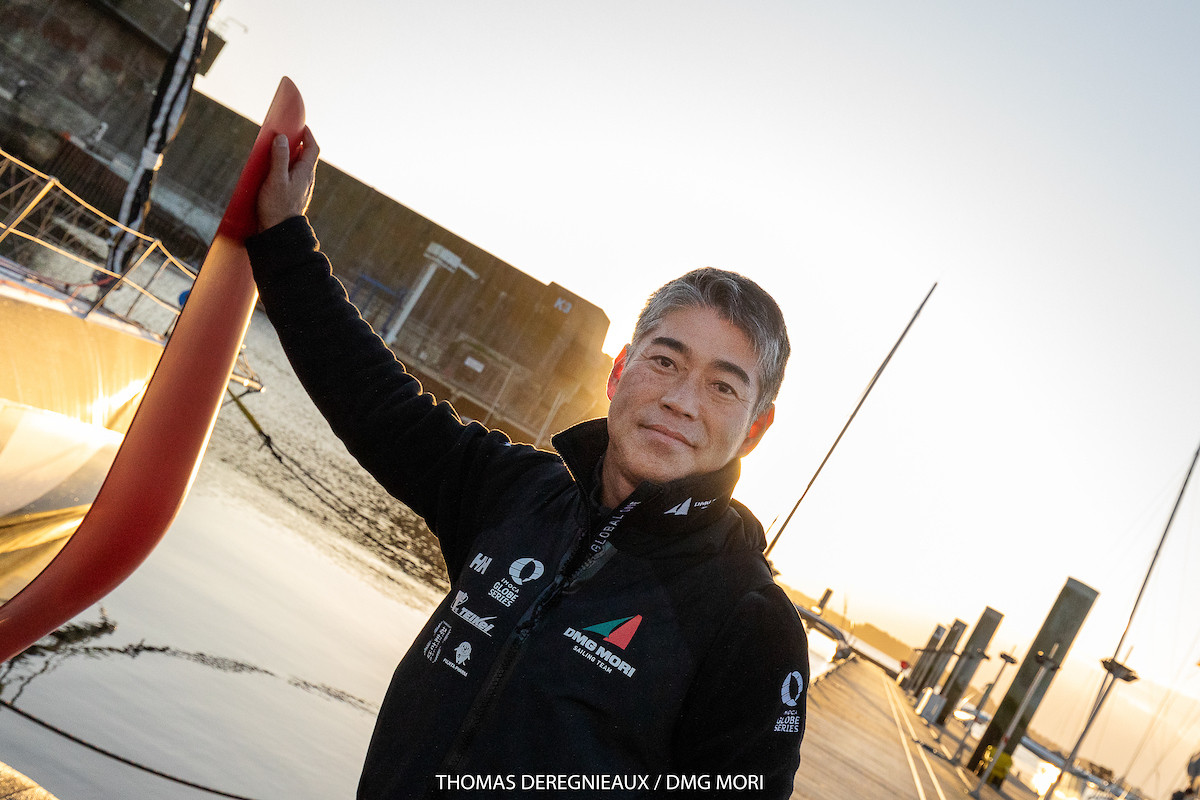 The veteran Japanese single-hander Kojiro Shiraishi says the Vendée-Arctique-Les Sables d’Olonne race will be an opportunity for him to try to push his VPLP-designed flying machine towards its optimal performance. But only when he feels it is safe to do so.

The 53-year-old who hails from Kamakura, a coastal town south of Tokyo, knows that he needs the time on the water in DMG MORIthat this new race will offer him, as he continues his build-up to his second appearance in the Vendée Globe.

“It is the last race before the Vendée Globe and it will be the first race for me on this boat and I am excited to be part of it,” he told the IMOCA website.

“But I will not go and push hard for the sake of it. The key thing for me at the moment is to know not only the boat’s limit but also my body’s limit. I’m not young anymore and I need to be conscious of my body.”

The course, which will take the fleet to a waypoint south of Iceland, is sure to be challenging and Shiraishi is not the only IMOCA skipper expecting it to be cold.

“No IMOCA has been this far north in a race,” he said. “I just want to go and experience these conditions and come back to nice warm weather in France.” He added that the main goal is to test the boat in all conditions and finishing will be what he called “a great feat” Shiraishi says he will not be worrying about his ranking position.

The Japanese sailor fulfilled a life-long dream when taking the start of the last Vendée Globe in 2016 in Spirit of Yukoh,but his race came to a premature end when his boat dismasted in the Southern Ocean and he had to divert to South Africa.

Now he is determined to finish the race and to become the first Japanese sailor to do so in his brand new IMOCA which is a sistership of Jérémie Beyou’s Charal, though it is fitted with Mark I foils.

“The start line is really magical with all the supporters around you and cheering for you,” he said. “It is my wish to cross the finishing line and be cheered again by all these people. I also want to popularise offshore sailing in Asia and Japan. I want to show the world how wonderful these IMOCA races are!”

Like everyone else in the class, the period of confinement has interrupted his plans and affected the amount of time he has been able to go sailing. But the three-time solo circumnavigator is confident that he has had enough time on the water to tackle the Arctic race.

“The boat is coming along very well,” he said. “I haven’t sailed as much as I wanted, because we were not ready and couldn’t sail during the lockdown period. But I have done quite a bit of solo training. I just came back from a 2,000-mile solo voyage last week and learned quite a bit during the week-long training."

“The team is working hard to make the boat ready and pushing me to do my best for the upcoming races,” he added. “I am learning constantly on this boat and I am sure I will be ready to race.”

The Japanese team, which is sponsored by DMG MORI, a global leader in machine tools and their applications, adhered to strict protocols during the lockdown and Shiraishi is continuing to take the Covid-19 pandemic extremely seriously.

“We worked with strict rules – wearing masks, using hand sanitizers and always working far from each other,” Shiraishi explained. “During the lockdown, we rotated crew so they didn’t work too close to each other and we held online meetings every week to ensure everything was on track."

“We did not have any infections within the team and we hope it will never happen,” he added. “We are constantly aware of the risk and taking every measure to keep things safe for everyone. As for myself, I try to stay far from crowded places and I am taking all security measures necessary to be healthy.”

We wish Kojiro all the very best in the Vendée-Arctique-Les Sables d’Olonne Race and the Vendée Globe afterwards.