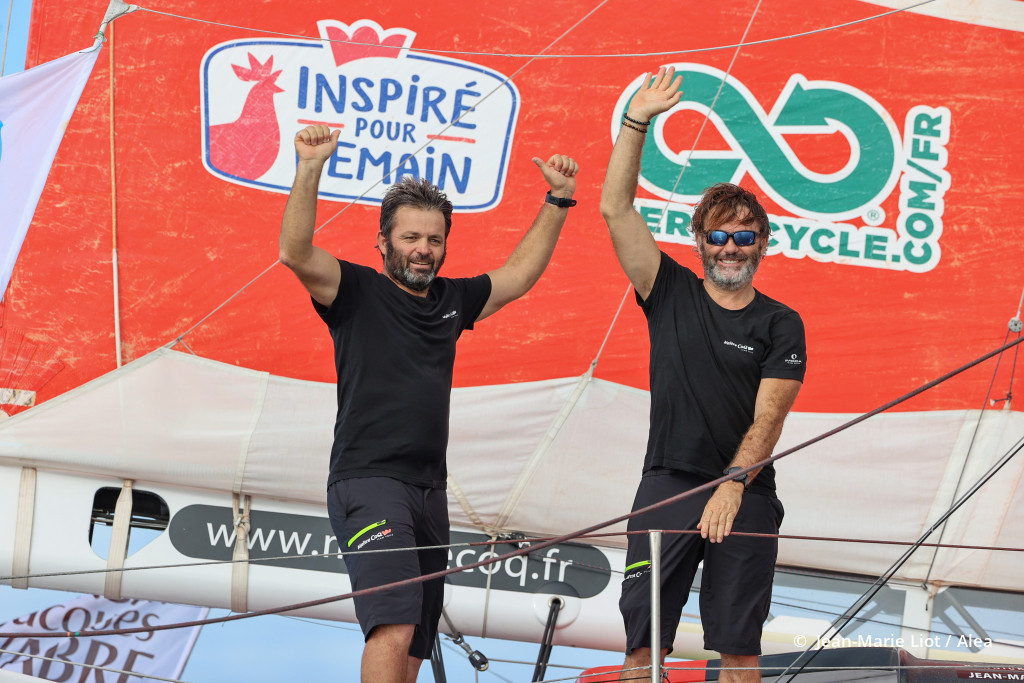 It was a memorable course as Yannick sailed alongside his boat captain, Jean-Marie Dauris. A few quotes from the skippers below.

Yannick Bestaven:"Who came up with the idea for the course? We were bursting with heat! It was difficult because we suffered from the lack of wind, it was a very long race, we battled quite a bit with our friends Prysmian Group and Fortinet - Best Western, equivalent boats. They were only a ‘clouds distance’ infront on Thursday I think, and then they've gone. That's the charm of sailing races. We are where we should be. I don't think there's any more debate about big foils, we saw that in Etretat, they're gone. Jean-Marie knows the boat by heart, and he also wanted to sail it. It was my last race aboard this beautiful boat, and this morning there was a little twinge of sadness. The route was a bit atypical. The boat is fine, we didn't break anything, it's ready to go again. We're going to start looking at what's next, with a new boat arriving in the near future."

Jean-Marie Dauris:"It was like a gym every day, with all those gybes. There were a lot of manoeuvres, that's for sure, a bit like the finish. But it was good, it was very nice. It's good, as part of the preparation for the Vendée Globe, to understand how things work internally, by being on board. It's not the same feeling as talking on the phone, it's interesting.”