Loïck Peyron on Joschke: I liked the way she was attacking it 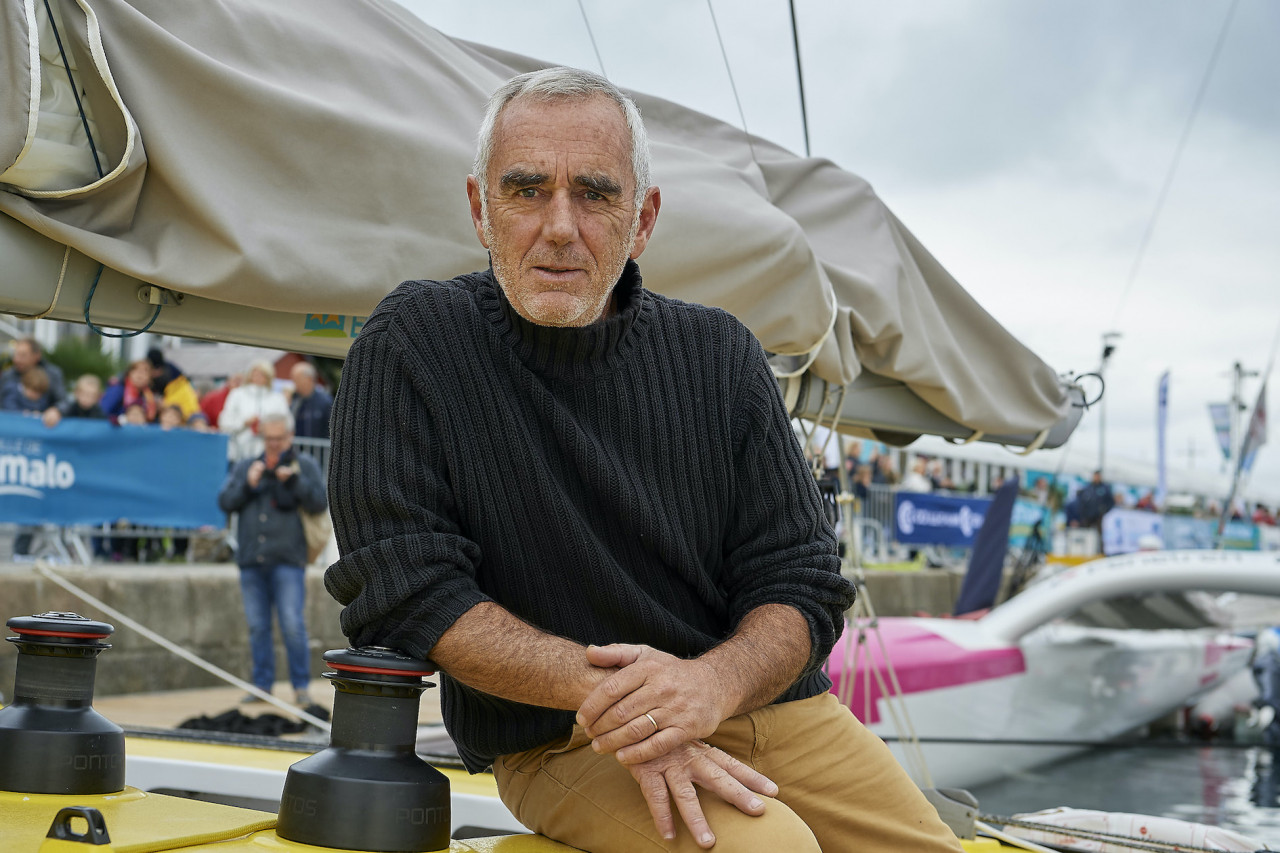 This Vendée Globe adventure is certainly not ending the way the Franco-German skipper Isabelle Joschke would have hoped on board MACSF.

Prior to being derailed when her boat suffered keel ram damage on the way to Cape Horn, the 44-year-old former Class 40 racer was in the hunt for a top-six finish and becoming the first female finisher in her first Vendée Globe.

In the event the problem worsened as she climbed the south Atlantic and she was forced to abandon the race and stop at Salvador de Bahia in Brazil for 12 days for repairs.

Joschke, who was running in fifth position due south of Point Nemo in the southern Pacific ocean, is now about 2,000 miles from the finish. Alongside fellow retiree Sam Davies on board Initiatives-Coeur, she sailing north, about 1,100 miles west-southwest of the Canary islands

The great French sailor Loïck Peyron was following Joschke closely throughout her voyage. He told the IMOCA Class that he admires the way she improved steadily throughout the race after a disappointing opening leg heading south in the Atlantic, when MACSF was running in the mid-teens.

“I was quite impressed with the way she was doing,” said Peyron, when asked to pick out one sailor from the 33 who started this race because of their outstanding performance. “I was very interested by the way she was sailing,”added the former Jules Verne record-holder and multiple offshore race winner.

“She is a tenacious competitor, but the interesting thing, in what she was doing, is that she admitted that the beginning of her race was not so efficient, but she evolved and improved as the race went on,” said Peyron. “It was interesting to see the evolution in her way of sailing because we must not forget that for a lot of these sailors this was a first round-the-world trip and this is very different to what they are used to. But I liked her way of attacking it.”

Peyron, who was second in the inaugural Vendée Globe of 1989-‘90 on board Lada Poch III, said he thinks it is great that Joschke and Davies are now sailing alongside each other as they head north back to Les Sables d’Olonne. “It is a pity Isabelle won’t be finishing officially, but she is still finishing with Sam,”he said. “And that’s the beauty of the Vendée Globe – we all know that you don’t have to win to succeed and you have so many other ways to do it.”

Peyron was also impressed by race winner, Yannick Bestaven (Maître-CoQ IV), and how he and the other top finishers – like Charlie Dalin (Apivia) who took line honours, and Louis Burton (Bureau Vallée 2) who was third – handled the way the rankings were settled on corrected time. “That’s a good lesson for all the sailing community,” he said, “the solidarity between competitors, whatever the result.”

In Bestaven, Peyron said we saw a complete all-rounder – which is exactly what a top performance in the Vendée Globe requires. “The best thing with Yannick is that he has an average profile,”joked Peyron. “He is just good everywhere, but nobody knew that. And that’s the thing – the Vendée Globe is a great leveller.”

Looking at the race overall, Peyron says it was clear that the new foilers are faster than the older generation boats, but they presented a bigger challenge to their skippers. “They were not so easy to manage over long periods which is not a surprise," he said.

Using an old phrase, he summarised: “It was interesting to see that in this race you could make a very nice soup in old pots!”