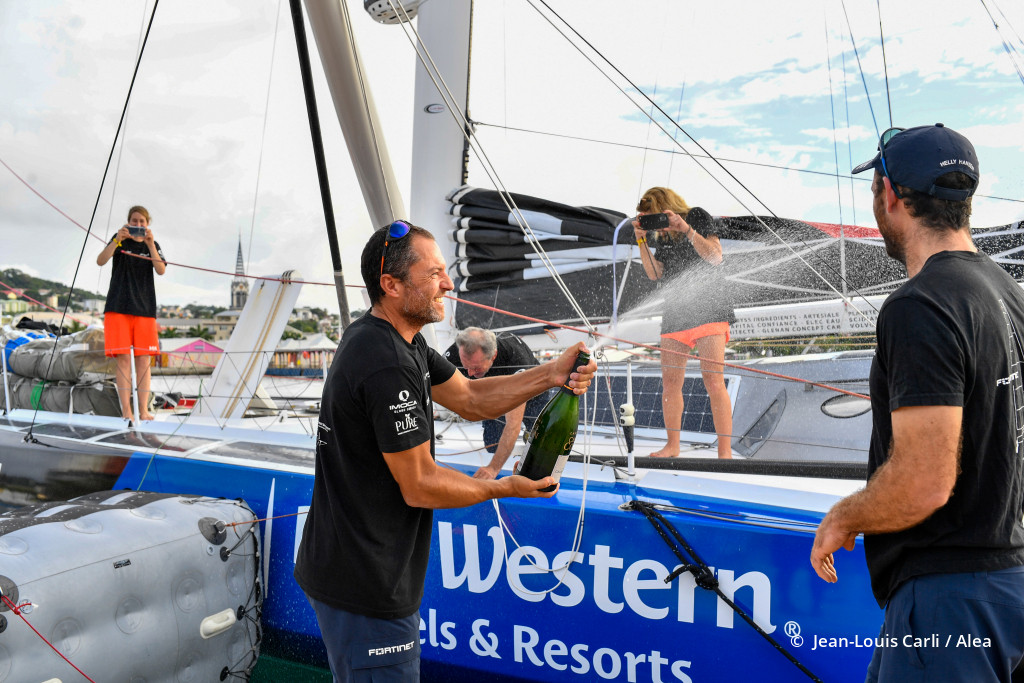 Romain Attanasio - "We knew this race was going to be a lot of spinnaker racing, so we bought a brand-new spinnaker before the start. We were very careful. We passed Fernando de Noronha, put the spinnaker up, started to accelerate... and then suddenly, I heard a big noise that sounded like a spinnaker blowing. We managed to get the pieces back in the boat quite quickly, sent up the big gennaker, but as we were unfurling it, we saw a huge tear in it, so we sent up the small one. We managed to fix it, but we had lost a lot of ground on the competitors.

It was a discovery. We sailed as much as we could, but we see that we still lacked some knowledge of the boat. That was a disadvantage at the beginning, but afterwards we learned a lot. I was a bit overwhelmed after the Vendée Globe because everything went so fast, so I was happy that it was a double-handed year. I wanted someone to be there from the beginning to the end to take charge of the boat with me, and Séb was there from the launch to the end of the race.

Since 2015, I've always had more adventure projects, and now I'm back to feeling like I did when I was a Figaro racer. We find ourselves racing Figaros on IMOCA boats."

Sébastien Marsset -"It was great. The boat is great. I think it's the best boat I've ever raced on. I had a lot of fun. It was important, in order to move forward, to have a different opinion on how to use the boat, to find the right settings. The descent of the Doldrums in Fernando de Noronha was incredible and encouraging for the foilers."