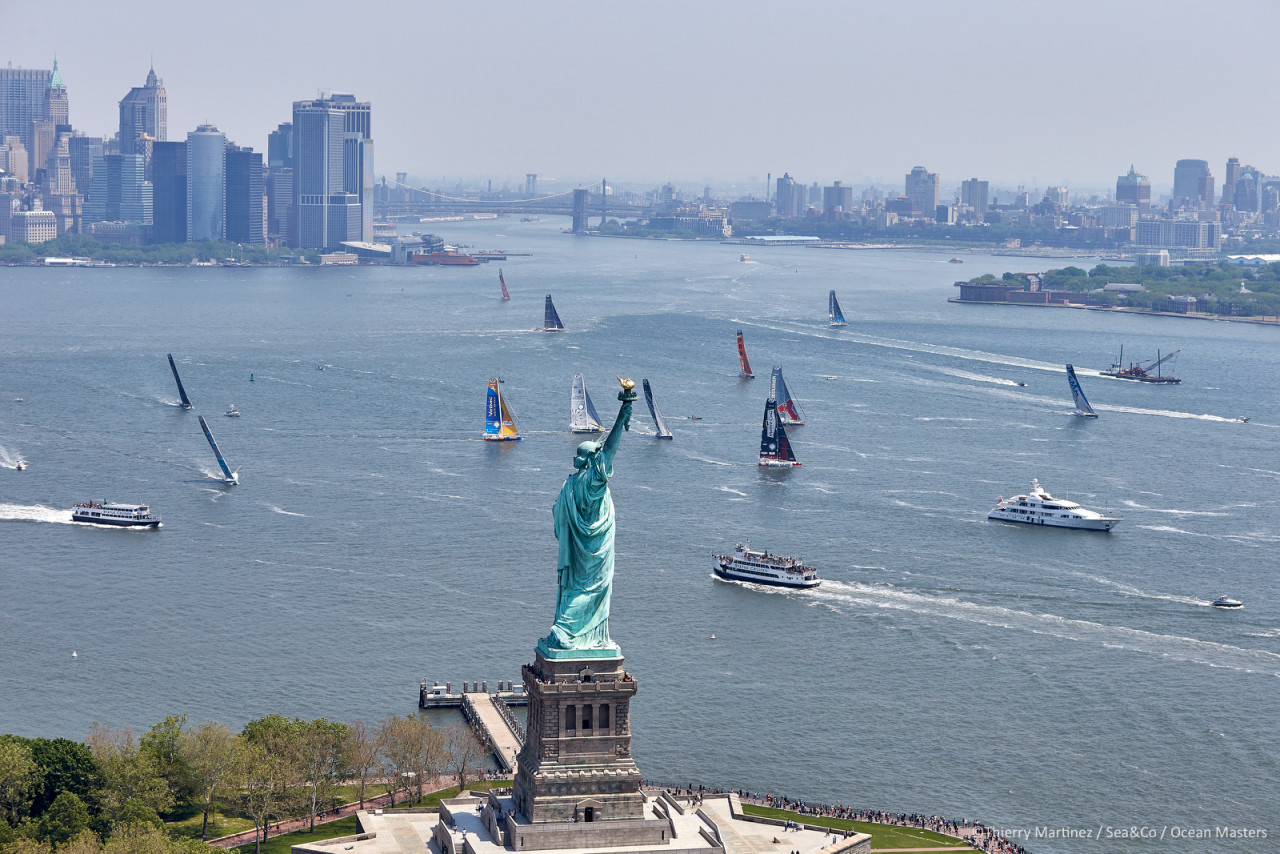 On the official closing date for registering, the list of entrants for the final solo transatlantic race before the round the world race is certainly very attractive. 27 sailors make up the list of competitors for the second edition of this race between the United States and Vendée.

The line-up is twice the size of four years ago and the quality is certainly there too, as the race will bring together the eight new generation IMOCAs built for next November’s Vendée Globe. With a weighting of four in the IMOCA Globe Series, this 3500-mile solo race, essentially sailed downwind, will be the ideal way for the competitors to warm up. Who will follow in the footsteps of Jérémie Beyou, the winner of the New York-Vendée-Les Sables d’Olonne in 2016? We will start to get some idea of that on 16th June in the Big Apple...

The founding partners of the race, the Vendée department and the town of Les Sables d’Olonne, are getting together once again with the IMOCA class to allow the skippers to battle it out at the highest level. Setting sail from one of the most iconic cities in the world, the skippers will see how they measure up as they sail across the Atlantic with an equally symbolic finish off les Sables d’Olonne with its famous harbour entrance channel.

“The main partner for the New York-Vendée-Les Sables d’Olonne, the final transatlantic qualifier for the Vendée Globe, the Vendée Department is once again asserting itself as THE department for sailing,” declared Yves Auvinet, President of the Vendée Council. “With its 160-mile long coast, Vendée looks quite naturally out to sea, as it is an integral part of its identity and conveys the intrinsic values of the people of Vendée: the taste for sharing an adventure and the desire to push back the boundaries. It is with pleasure that Vendée will host the finish of this transatlantic race that the IMOCA class has entrusted to it.”

“The arrival of the skippers in the harbour entrance channel in Les Sables d'Olonne is one of the highlights of the tourist season,” added Yannick Moreau, Mayor of Les Sables d’Olonne. “This race will give visitors a foretaste of the Vendée Globe. We are doing our utmost to ensure that this event is a wonderful celebration for enthusiasts from around the world.”

There were 14 in 2016 for the maiden edition of the transatlantic race and there will be practically twice as many this year, confirming once again just how healthy the IMOCA class is, setting new records for the number of entrants. On 16th June, 27 skippers are expected to line up in the prestigious setting of New York. One of the goals of this race is to enhance the international reputation of the class and we shall see sailors representing seven countries: France, Britain, Germany, Switzerland, Italy, Japan and New Zealand. Five women have registered: Clarisse Crémer, Samantha Davies, Isabelle Joschke, Miranda Merron and Pip Hare.

“Thanks to Vendée and to Les Sables d’Olonne for their commitment and their loyalty,” declared Antoine Mermod, President of the IMOCA class. “We are particularly pleased to see such an incredible line-up. It looks like being a fascinating race and we are working with the Race Director, Jacques Caraës and his team to ensure this event benefits all of those involved, in terms of the race and technology, but also in terms of safety. It is not easy to sail these boats alone and we are hugely privileged to have such a group of sailors, who with their partners and teams, show such commitment and skill ensuring that these events are a real success.”

For the first time, the eight IMOCA boats built for the 2020 Vendée Globe are expected to line up for the same race. Jérémie Beyou (Charal) will be back to defend his title and will be attempting to smash his own reference time on this course between the United States and Vendée (9 days, 16 hours, 57 minutes and 49 seconds). We should add that the other sailors with brand new IMOCA boats are Charlie Dalin (APIVIA), Thomas Ruyant (ADVENS for Cybersecurity), Kojiro Shiraishi (DMG Mori Global One), Sébastien Simon (ARKEA PAPREC), Alex Thomson (Hugo Boss), Armel Tripon (L’Occitane en Provence) and Nicolas Troussel (CORUM L’Epargne). No doubt we will be able to learn a lot from this first battle between these boats designed by four different architects. We can see that the majority of boats will be foilers, and it is likely there will be seventeen of them at the start, so we can look forward to a top class competition.

The prologue to the Vendée Globe

Organised by the IMOCA class in partnership with Sea to See, the New York-Vendée-Les Sables d’Olonne will be the final test before the round the world race. This solo transatlantic race will give us a good idea of the state of play. The sailors aiming for the top spots will want to leave their imprint with less than five months to go to the start of the Vendée Globe. For others, the main goal will be to complete the race to achieve their qualification for the solo round the world race, if they have not yet done so. There will be a lot at stake, as by the end of the race, we will know the final line-up for the ninth Vendée Globe. The finish in the harbour entrance in Les Sables d’Olonne will be one of the highlights, offering the skippers a foretaste of the strong emotions they will feel on 8th November. Finally, the New York-Vendée-Les Sables d’Olonne will also be a dress rehearsal for the Race Director, Jacques Caraës and his team.

The 27 skippers registered for the 2020 New York-Vendée-Les Sables d’Olonne:

More infos about the race:www.nyc-vendee.com

Key dates for the race:

10th June: date by which the boats must be present in the Brooklyn Navy Yard
11th June: Skippers’ meeting at the French Consulate
13th June: Exhibition race in the form of runs at the foot of the Statue of Liberty
16th June: Star of the New York-Vendée-Les Sables d’Olonne

25th June: Opening of the Village
Between 25th and 28th June: ETA for the boats
28th June: Epilogue - runs off the main beach in Les Sables and prize-giving ceremony