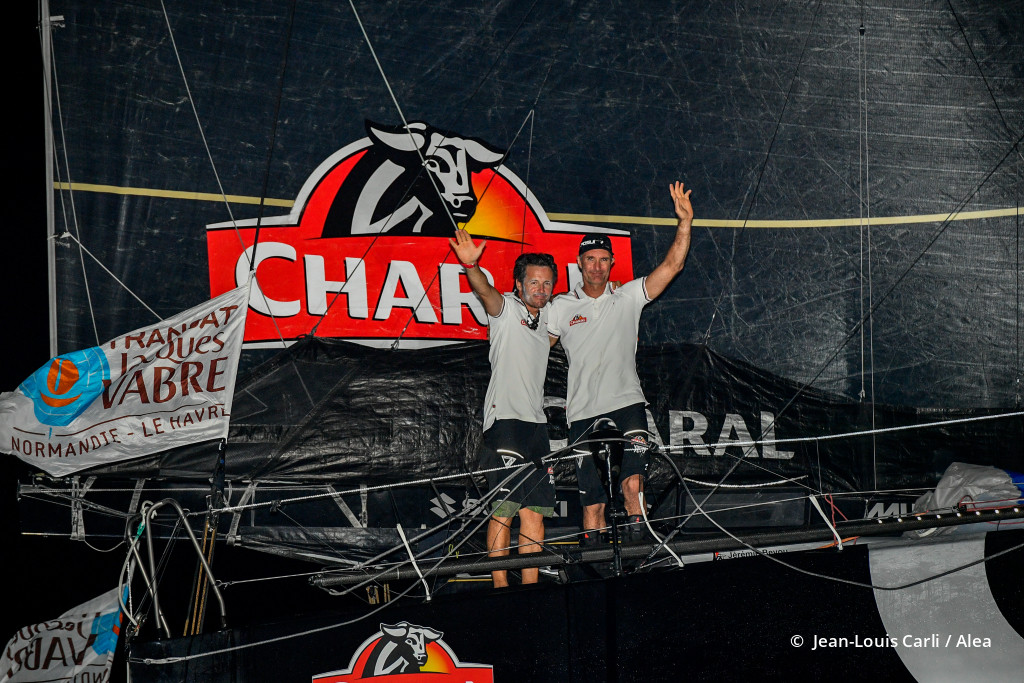 Their arrival in Martinique was met by clear skies, as the silver hull glistened over the sea. A few abstracts from the two Frenchman’s first moments in Fort-de-France have been compiled below.

Jérémie Beyou:"The feeling that dominates is that of a job well done. The aim was to be on the podium, it’s never an easy feat in the IMOCA Class, there's a lot of competition in front and behind. You cannot complain about a podium finish when there are great winners like Thomas (Ruyant) and Morgan (Lagravière): I would like to say a huge congratulations to them. We have always tried to make Charal advance a little faster than others. At the same time, we had to avoid making any strategic mistakes, because it was complex. Chris made some great options, especially along the African coast. But we never really managed to close the gap on LinkedOut and Apivia. The distances between the boats don't necessarily reflect the differences in level, neither in front nor behind. The weather made cuts at times, we just had to choose the right lane.

Christopher Pratt:"Up until Cape Verde there were five or six boats together, and then a trio broke off. Whenever we could, we tried to take advantage of the gaps, sometimes it worked, sometimes not. It was strategically intense and very interesting. The last two days were a bit hard when the battle finished, and it became a bit dragging. But for the rest, the match was exhilarating. The route was long, almost a week longer than what we had predicted. The end of the race was a continuation of the Doldrums, which we never really got out of, and yesterday morning we had clouds that were not trade winds. There is nothing new to discover with Jérémie, we are definitely an old couple that lasts, the advantage is that we get through the good and bad times more easily."

How would you describe this transatlantic race?

JB: "It wasn't a classic transatlantic race: we didn't reef the whole race! We left Le Havre with the mainsail up... and now it's still up. It's pretty crazy. It's a transatlantic race which is not very difficult in terms of conditions. But from the start, it was tactically very complex: the exit from the Channel, the strong currents, it was like pulling your hair out. It was like that all the time with random phenomena, we had to be at the top of our game and never make a mistake despite everything."

CP: "At the same time very hard because it was long, exhausting for the nerves in terms of strategy, but also a lot of pleasure to sail. Usually, we are locked up in the cockpit, whereas this time we spent many days outside, on deck, at the helm. In contact with the elements: we found ourselves sailing! We experienced some pretty crazy moments, like this sunrise along Mauritania, moments of contemplation that we are not used to having on these boats. Two years ago, we hadn't even left the cockpit."