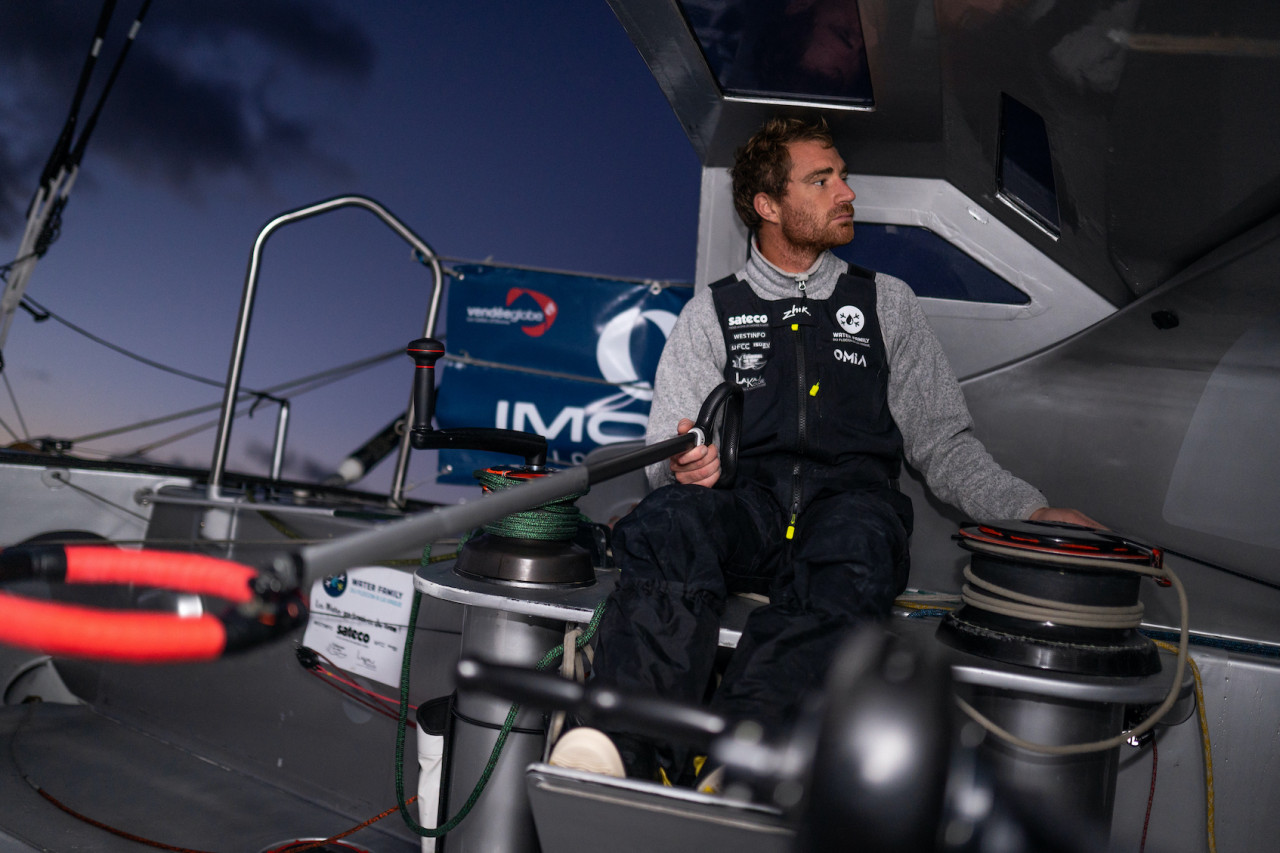 The Vendée Globe continues to produce the unexpected. This morning Jean Le Cam has taken the lead on Yes We Cam! by virtue of his easternmost position among the leading group. He has a four-mile advantage over Alex Thomson on HUGO BOSS who is 60 miles to windward of him.

The westernmost skipper in the leading group is Charlie Dalin on APIVIA. He is nearly 200 miles northwest of Le Cam and is ranked down in 12th place, 133 miles off the lead, as the top boats begin to lose the influence of Tropical Storm Theta.

Le Cam’s performance continues to delight armchair sailors around the world and especially in France where he is something of a folk hero. Thomson, who is four miles behind the Frenchman in the 08hr poll this morning, paid tribute to the 61-year-old veteran: “To be where he is with that boat, it is unbelievable, brilliant,”he said.

But Le Cam’s performance underlines something else that few people could have predicted. In the early stages of the race at least – which admittedly have seen a good proportion of upwind sailing and rough weather – the older boats are more than holding their own.

Of these older boats, three are non-foilers (currently positioned 1,3 and 6), and were built in either 2006 or 2007, while the others were built between 2009 and 2015 and were either early foilers or have been retro-fitted with foils.

As far as the brand new boats are concerned the story so far is of uneven performance, reliability issues and a surprisingly poor representation in the top-third of the fleet, especially given the mainly downwind conditions of the past few days.

Some of that may be down to conservative sailing in the early stages of the race and it may well be that once the fleet is racing in big downwind conditions in the south, the foilers and the newer boats will come to the fore. But Le Cam and his rivals in the older boats – who include outstanding skippers like Le Cam himself, Benjamin Dutreux, Kevin Escoffier and Sam Davies – will be looking to confound those predictions.

For the leaders the game now is all about trying to escape a huge hole that is developing south of Theta’s track which could slow their progression into the northeast trade winds. The trades look fitful and patchy and the skippers that get south fastest could build a lead on others trapped behind them.

In an interview from on board early this morning, Thomson, spoke about the challenge of Theta – which produced winds of 60 knots. The British sailor certainly put himself in harms way as he headed for the centre of the depression before gybing back out…

“Theta was not very pleasant for sure,” he said. “I would agree with the forecast that was given, so very windy and big seas, very gusty, not a very pleasant place to be. The seas? I was not looking at how big they were but on the way out (of the system) they were six, six-and-a-half metres. We are able to measure the height of the waves on board. I saw gusts to 60kts and sustained winds of 50kts for many minutes. You go there to be efficient to get through the low pressure, but as soon as you get near these kind of conditions, you just need to survive and not have any problems.”

While the leaders are now 750 miles north-northwest of the Cape Verde Islands and roughly 1,300 miles north of the Doldrums, Jérémie Beyou is 3,300 miles northeast of them on his way into Les Sables D’Olonne on board his much-damaged Charal.

Beyou was expected in the harbour just after midday local time when the assessment of his boat’s prospects can begin.