Pip Hare: the Vendée Globe can inspire more than ever 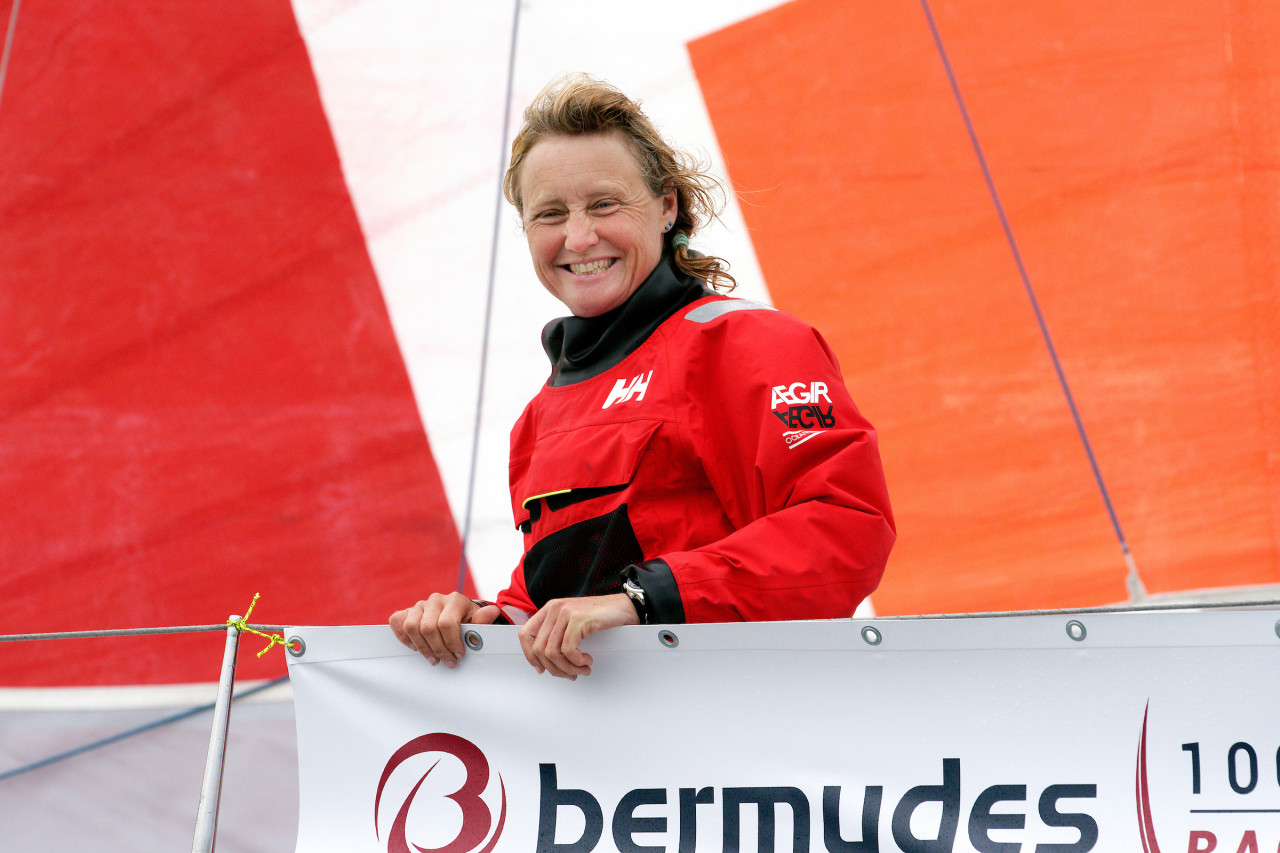 The British IMOCA skipper Pip Hare says the Vendée Globe can be an inspiration to sports fans around the world deprived of events in other areas and, despite some reservations, she is determined to make the start line in November.

The 46-year-old sailor, based in Poole on the English south coast, is running one of the lowest budget campaigns in the next race and still needs to raise funds to complete her preparation. But she believes the 2020 edition will fulfill a special role in this time of Covid-19 pandemic.

“Our cornerstones of the sporting year have rightly, over the past few weeks, been cancelled one by one – competitors’ and spectators’ health must always come first,” she wrote on her official blog. “So the question that plays on my mind is could a sport like mine, taking place far offshore with no risk of infection, and largely viewed through internet streaming, take on the mantle of Saturday football matches or velodrome world records?”

She goes on to argue that solo round-the-world sailing can be even more inspirational in these troubled times than before. “Maybe my role in all this is to try and be the thing that gives people relief from a stark world,” she adds, “that brings back pride and ambition beyond just fighting for survival, that gives people something to follow together that has nothing to do with viruses or pandemics. If that’s the case, then I will do everything to get to the start line in November and sail as hard as I can with the nation’s hopes filling my sails.”

Hare completed last year’s Bermudes 1000, the Rolex Fastnet Race and the Transat Jacques Vabre alongside Dutch sailor Ysbrand Endt. She is sailing one of the oldest IMOCAs on the water – the 2000-vintage Superbigou – which has already completed four laps of the planet. Hare’s budget is modest. She will race, for example, with no coffee-grinder in the cockpit and has been hunting for funds to upgrade her sail wardrobe and autopilot.

And the former Mini and Class40 skipper admits it has not been easy to keep the focus when all around her people are struggling with confinement and the pandemic. “It’s hard to know what the right thing to do is,” she told the UK newspaper, The Daily Telegraph. “Everyone is donating to the NHS and to Captain Tom (a 100-year-old British army veteran who raised nearly £30 million by completing laps around his garden), which is absolutely right. Businesses are facing ruin. I don’t want to be that person who sticks their hand up and says ‘What about me?’ I don’t want to be shouting about my campaign. On the other hand, this is my dream, my business, my entire life. I’ve invested everything into this. There’s no way on earth I’m just walking away from it.”

Hare has the support of many volunteers, backing from a business syndicate, deals with suppliers and money from crowdfunding and most of her backers have re-confirmed their commitment to her despite the economic shock of the lockdown. But she still needs more funding. “I’d very much like to upgrade my autopilot and some electronics on board,” she told the paper. “That would give me increased reliability as well as effective performance while I’m sleeping. The real big budget stuff is the sails. And then on top of that is a working budget which allows me to tell my story as I go round.”

Hare is a gifted communicator and is convinced her campaign offers the right sponsors real value for money. She has been keeping fit during confinement, running and exercising in her garden, and has been passing the time teaching French to friends’ children. She amuses them by dressing up as a French waiter for their ‘At the Restaurant’ lesson.

But it is the Vendée Globe dream that continues to inspire her. “Everything has slowed down a bit because of coronavirus,” she says, “but I know I’m going to make it. I come down to the sea here every day and I look out and I can imagine being out there. It’s just going to be amazing.”

Contact Pip, or check out her blog, at her official site: https://www.piphareoceanracing.com/blog