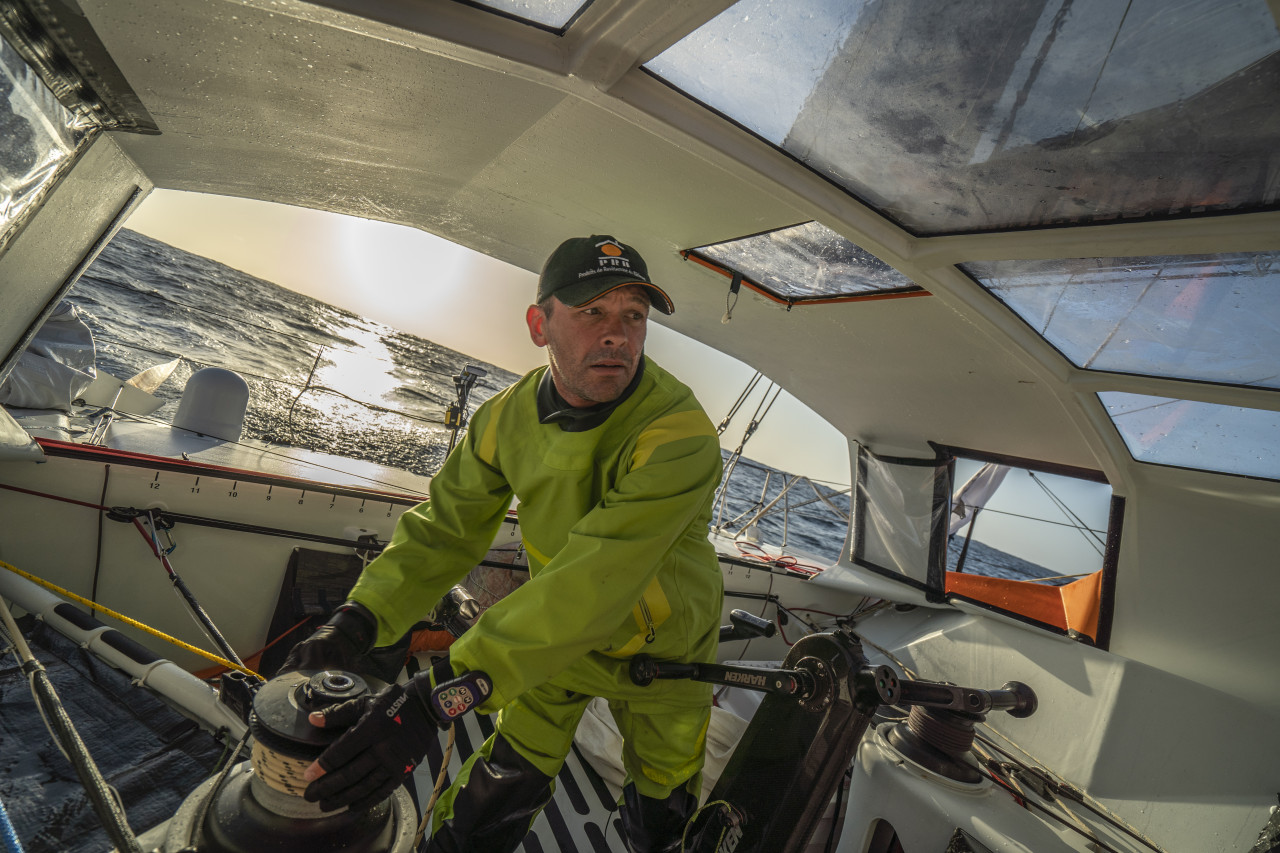 With two victories in the non-stop single-handed round the world race, one in 2000 with Michel Desjoyeaux and the other in 2004 with Vincent Riou, PRB knows that this extreme race requires a lot of anticipation and a meticulous preparation. Kevin Escoffier who now bears the PRB colors, left a deep mark on the 2020 Edition after his spectacular rescue by Jean Le Cam and several other skippers enrolled in the race. Despite the damage and as soon as he was rescued on December 1st, the Saint-Malo native sailor instantly had one thought in mind: entering the race again in 2024. Since then, the fierce competitor and outstanding technician, who had had a great start of the season, hasn’t stopped thinking and working on his new project.

For its part, Jean-Jacques Laurent, PRB president, quickly reasserted his full support to Kevin who shared with great control and generosity the story of his shipwreck on the Vendée Globe. Together they have decided to continue their story and to launch a new IMOCA. The hull, of which the construction had first started for an Ocean Race project, is currently being built in England in Jason Carrington’s shipyard. Based on a Verdier design, the hull will be brought to France at the end of November. The boat will then be finished in Lorient where Kevin Escoffier intends to base his team. The launch is scheduled for the end of March 2022. The PRB skipper will have a few months to get ready for his first race on the Verdier design, the Vendée Arctique, set to depart in July 2022 from les Sables d’Olonne. It will then be followed by a major single-handed race: the Route du Rhum – Destination Guadeloupe.

« PRB has been involved in sailing for thirty years and that is not going to stop. Meeting and working with Kevin Escoffier has been great. We have a skipper who very quickly became part of the team. A lot of our colleagues have shown him great support when he came to meet them after his shipwreck on the Vendée Globe. We quickly said that we wanted to accompany him on his second Vendée Globe. But we took some time to look at all the options in order to manage our budget wisely.

The fact that the hull was already being built helps us keep the budget under control and also buys us some time. As I had said, and because we want to have a reasonable budget, this project will be built with a co-partner, and we hope to be able to announce the name of the company that will be with us on this Vendée Globe campaign very soon. The project has started and we are really happy to be alongside Kevin in his sporting goals. »

« We knew that the hull existed. It would have been a shame not to seize this opportunity. Also it was designed by Guillaume Verdier, an architect that I know very well and I am delighted to work with him on this project. The boat was initially built for crewed races but we are going to work on it so that it can answer all of our needs in terms of adaptability. This option gives us good timing and we’re going to benefit from the fairly early launch to take part in some races and communicate. It will also allow us to make sure the new PRB is reliable for our main objective, the Vendée Globe 2024. We’re going to have time to work on performance. The IMOCAs are currently going through a major technological shift, especially with the foils. There are still a lot of things to develop, a lot of things to learn and we are going to benefit from a large optimization period to make some gains in terms of performance.

Of course I’m extremely happy and proud of PRB’s trust in me. I’m lucky that they are with me through the built of the boat. There’s an incredible energy at PRB. I was really impressed and touched by the support I received. I’m going to be able to take the employees onboard with me for the rest of the story. I know I won’t be alone onboard during the next Vendée Globe! »