Sam Davies: Sailors to watch in the Vendée Arctique 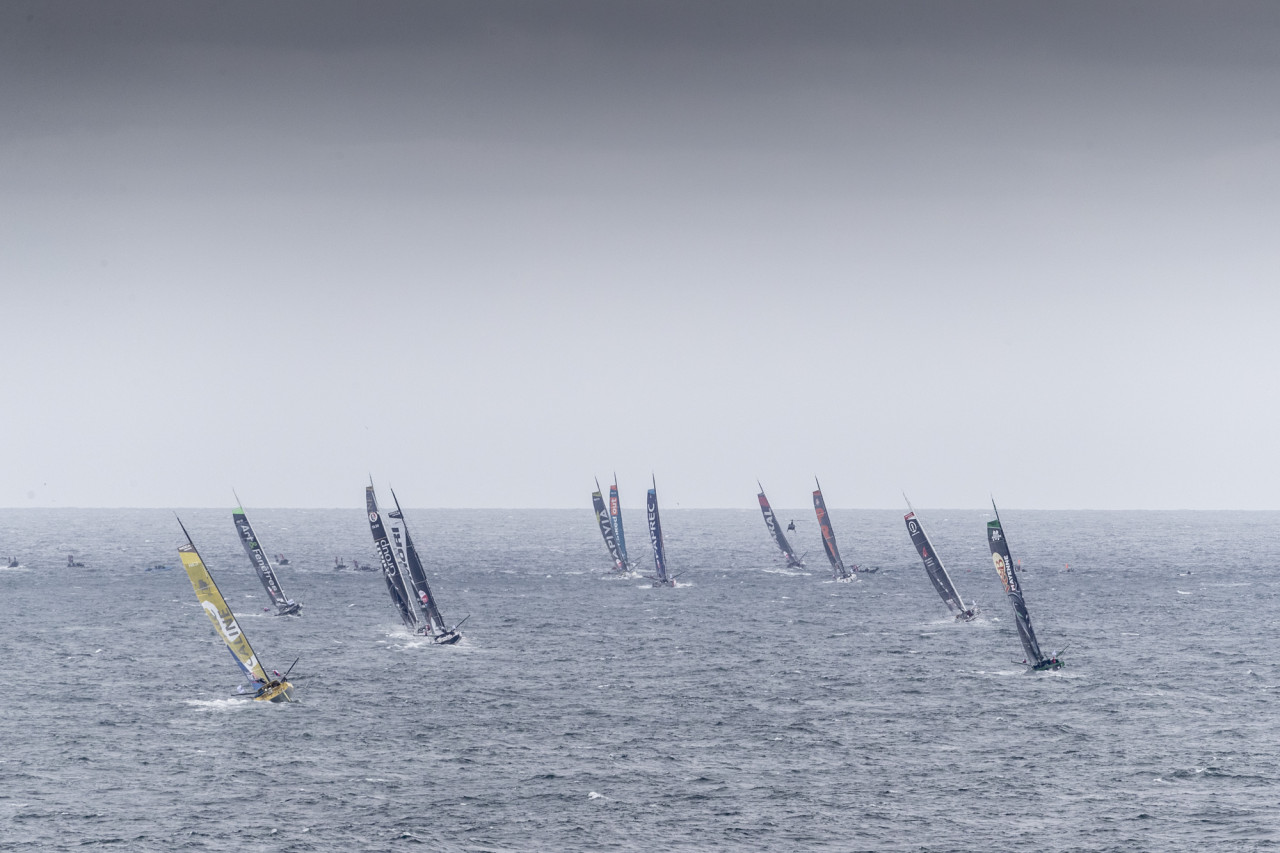 Watch out for Louis Burton on his Sam Manuard-designed Bureau Vallée. That’s the word from Sam Davies, one of the top IMOCA skippers, who will be following from the sidelines as 25 of her future Vendée Globe rivals tackle the daunting Vendée Arctique.

This is second edition of the 3,500-mile race – the inaugural staging in 2020 saw Jérémie Beyou on Charal take the spoils and he will start among the favourites from Les Sables d’Olonne on Sunday. It comes hot on the heels of a successful Guyader Bermudes 1000 Race which was won by Charlie Dalin on Apivia, currently the dominant skipper in the class and leader of the IMOCA Globe Series 2022.

Some feel the sailor from Le Havre is almost unbeatable at the moment, but Davies believes that while Dalin remains the favourite in the Arctique, he can be beaten, especially on a longer course than the 1,200-mile Bermudes 1000. “Charlie is in a class of his own, but he is not unbeatable,”Davies told the Class this week.

“My feeling is that his boat is very optimised, but maybe once you get offshore and everything gets a little bit rougher, then that levels out the playing field a little bit and he has less of an advantage.” The British skipper, whose new boat will be launched sometime in July, says Thomas Ruyant on LinkedOut is quite capable of getting the better of Dalin on the Arctique course, up to Iceland and back, but so is Burton.

“We have not yet seen the full potential of Bureau Vallée, a boat which I quite like talking about because my new boat is a sistership of it,”said Davies, 47, laughing. “Louis has proved his strength in the last Vendée Globe by coming third. His boat is pretty new to him and obviously he dismasted in the Transat Jacques Vabre, so we haven’t seen the full potential of that boat and I know he got stuck on a fishing pot off the very light wind start of the Bermudes race. But then he charged through the fleet and, if the race had gone on any longer, he would probably have ended up higher (than third) in the results. So yes, I’d give Louis and Thomas both a chance to beat Charlie.”

Davies was also impressed by the competitiveness of her friend Isabelle Joschke, who was fifth in the Bermudes Race. And she is predicting another strong display from the Franco-German sailor in the Arctique, albeit in a VPLP hull that dates all the way back to 2007. Davies says Joschke is a great example of an IMOCA skipper who knows her boat through-and-through.

“I was really pleased with her performance in the Bermudes race,” said Davies. “Isa doesn’t have the newest boat, but she knows her boat so well – she knows it, trusts it and has tried and tested it in all directions and it gives her so much confidence. She will be a good person to watch in this next race and I am happy to see the women up there performing and showing that it is possible to get strong results.”

Another sailor who Davies knows well is Nico Lunven who is sailing Clarisse Crémer’s Banque Populaire and put on a stunning display to finish fourth in the Bermudes 1000. Davies raced with Lunven on board the old Initiatives-Coeur last year when finishing fifth in the Transat Jacques Vabre, and she knows just how good the two-time Figaro winner is.

“He’s definitely another one to watch,”she said. “It will be interesting to see how he deals with the disadvantage of not having a foiling boat in a longer race, which might be more of a challenge. He managed to survive without foils in the last race and how he gets on in the next one will depend on conditions obviously.”

Davies says the performance by Lunven owes quite a lot to Damien Seguin and his Groupe Apicil team who, she says, did a superb job of maximising the Finot-Conq design, also from 2007 before selling it on. “It’s not any old daggerboard boat, it’s probably the best and lightest and most optimised one in the fleet and so that helps, but Nico is also an amazing sailor,” she said.

She believes Lunven has all the bases covered when it comes to solo IMOCA racing, but she emphasises two things: his ability to set up his pilot accurately to optimise performance and his solid understanding of weather and routing tactics. “Nico is a great navigator, strategist and weather router,”she said. “He is really analytical and does not leave any stone unturned, which makes for a thorough approach to making his strategy choices.”

There has been much dockside talk about the potential dangers of the full Vendée Arctique course that could take the IMOCA soloists around the north of Iceland in waters affected by powerful transatlantic weather systems. There are also plenty of fishing boats in the area and marine mammals to avoid.

But Davies, who raced to fourth place in the inaugural Vendée Arctique two years ago, believes the IMOCA Class must be capable and prepared to take on these challenges as part of its build-up to the next Vendée Globe. “I think this race is way more daunting than the Route du Rhum, for example,”she said. “In terms of the sporting side, it is a bigger challenge and there are a lot more dangers, although leaving St Malo in November can have its difficulties."

“It’s technically a really difficult and intense race and I am frustrated not to be doing it,” she added. “But these are the people who are lining up to enter the next Vendée Globe, so you also have to say ‘well, you’re signing up to do this, so you should be capable of analysing whether you can take your boat up there or not and, if the weather’s bad, make the right decisions to slow down or to focus on finishing the race for safety reasons rather than trying to push for a result."

“We shouldn’t put too much pressure on the race organisers to change the course,”she continued, “you have to say these are top level sailors who are lining up for the hardest race in the world, so they should be able to handle the responsibilities and decisions you have to make on this course. But I understand the dangers – it is early in the season and there are some rookies who are just starting out in the IMOCA Class and I can understand the race organisers won’t want to take too many risks and the fleet is going to be really spread out.”

Davies cannot wait to get her new red and white boat in the water and will be looking to complete her solo qualifier for the Route du Rhum as soon as she gets the chance. The first time we are likely to see her new IMOCA in race mode will be at the Défi Azimut-Lorient Agglomération in September, although the British sailor has not entirely ruled out a fully-crewed entry into the Sevenstar Round Britain and Ireland Race in early August.