Sébastien Simon has taken the decision to retire from the race. 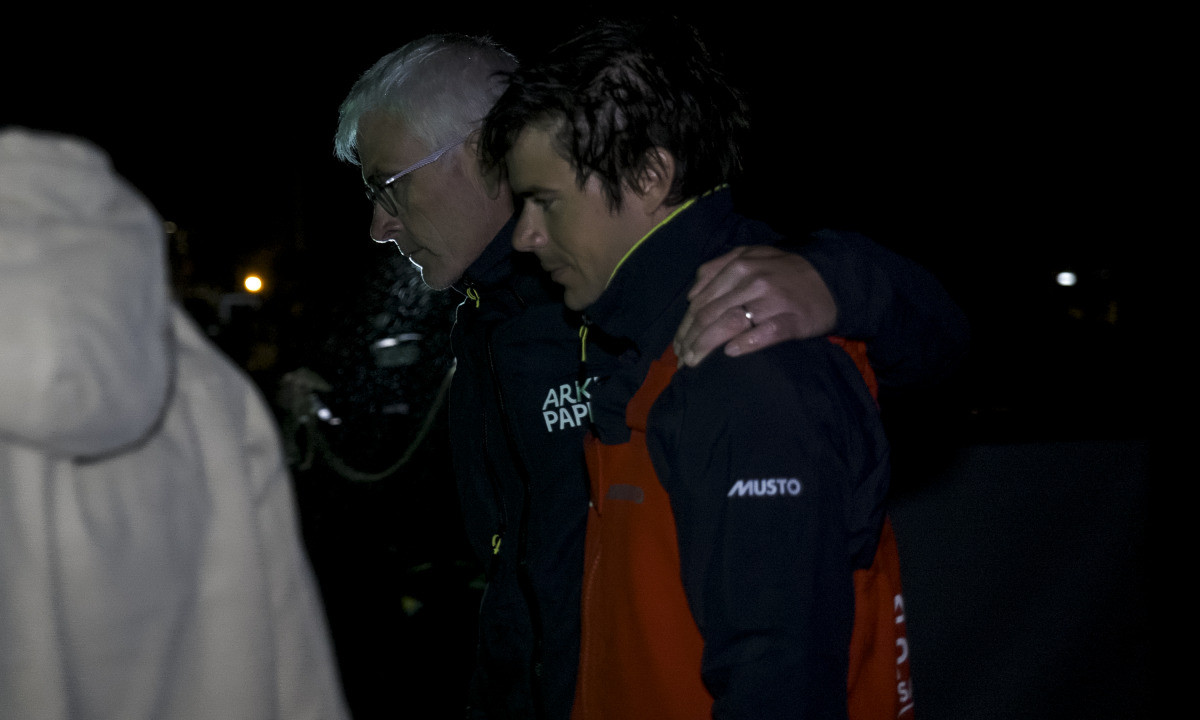 After the damage caused to the starboard foil at the start of the race yesterday, Sébastien Simon sailed back to his home port at Port-La-Forêt around 3 am this morning.

The skipper was greeted by Vincent Riou and his team who were able to make the first observations. The damage caused by the foil breakage on the hull and the desire not to waste time to start the repairs prompted Sébastien to take the decision to abandon the Vendée Arctique Les Sables d'Olonne race.

A few words from Sébastien Simon upon his arrival in Port-La-Forêt:

"I am abandoning the Vendée-Arctique-Les Sables d'Olonne. The hull has been damaged during the foil breakage and a small water inlet has formed. For us to continue this race, it would entail around 15 days of reparations as we don't want to rush the repairs. I therefore prefer to make this decision even if it is with a lot of regret. What makes me happy is to race, it's more than just being on the water."

"The important thing now, is to bring together all the actors who participated in the design and construction of this foil to understand what happened. A 3rd foil is under construction and the one on the port side of the boat is reversible. We will make every effort to ensure that this does not happen again on these next foils."

Back to the damage and the departure

“For around 3hours we were heading upwind on a port tack, sailing at almost 17 knots. There was a little bit of sea. The J3 was in place and 1 reef in the mainsail. I just happened to head inside for a bite to eat, when I heard a huge crack. The boat went down, the foil had just broken."

"I had a pretty average start but I soon realized that the boat had great upwind potential. I moved up directly into the lead group. I was going pretty fast at that point. I had a good start to the race, I was in 4th place and I had PRB behind me which was a great reference. I’m frustrated because I didn’t intend to push the boat's limits."