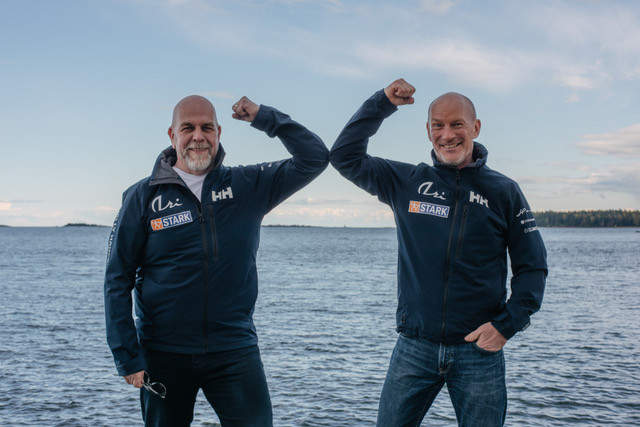 "I am very excited that Stark sees the value and strenght of what I am doing and reaching. To get a main sponsor plays a critical role in achieving the big goal of Vendée Globe, the iconic race that has been driving my single-handed sailing career all the way. In addition to the mental strength this sponsorship of course makes the preparation possibilities much stronger too”, tells Ari Huusela.

"So far, we have been sponsoring mainly team sports, but Huusela’s project is simply so interesting that we absolutely wanted to become part of it. It has been clear from our very first conversations that Ari is very determined, and target -driven in reaching his dream. He literally builds himself stronger”, comments the Commercial Director of STARK, Jarmo Salmi. "We have a great will to support him to Vendée Globe and help him and the whole Finnish sailing to new achievements," Jarmo Salmi continues.

Towards the goal – preparing for race

As the first ever Nordic IMOCA skipper Ari Huusela has already made history in this top of the world sports arena, IMOCA Globe Series. The route to Vendée Globe has required several ocean races and Huusela has been doing all that alongside his day job as an A350 airline captain at Finnair. His first single-handed across the Atlantic race was the famous Mini Transat in 1999. IMOCA skipper he became in 2017 after buying the well-known ex. Aviva that was skippered 6th by Dee Caffari in Vendée globe 2008-09.

"My dream has lived since the late 90’s, but it took long before I finally had enough courage to say it out loud. Preparing for around the world alone race requires long term hard work. But realizing it is possible gives amazing amount of energy to run a mile more. Now there is only less than 200 days to the start day of this mythic race, Vendée Globe," said Ari Huusela