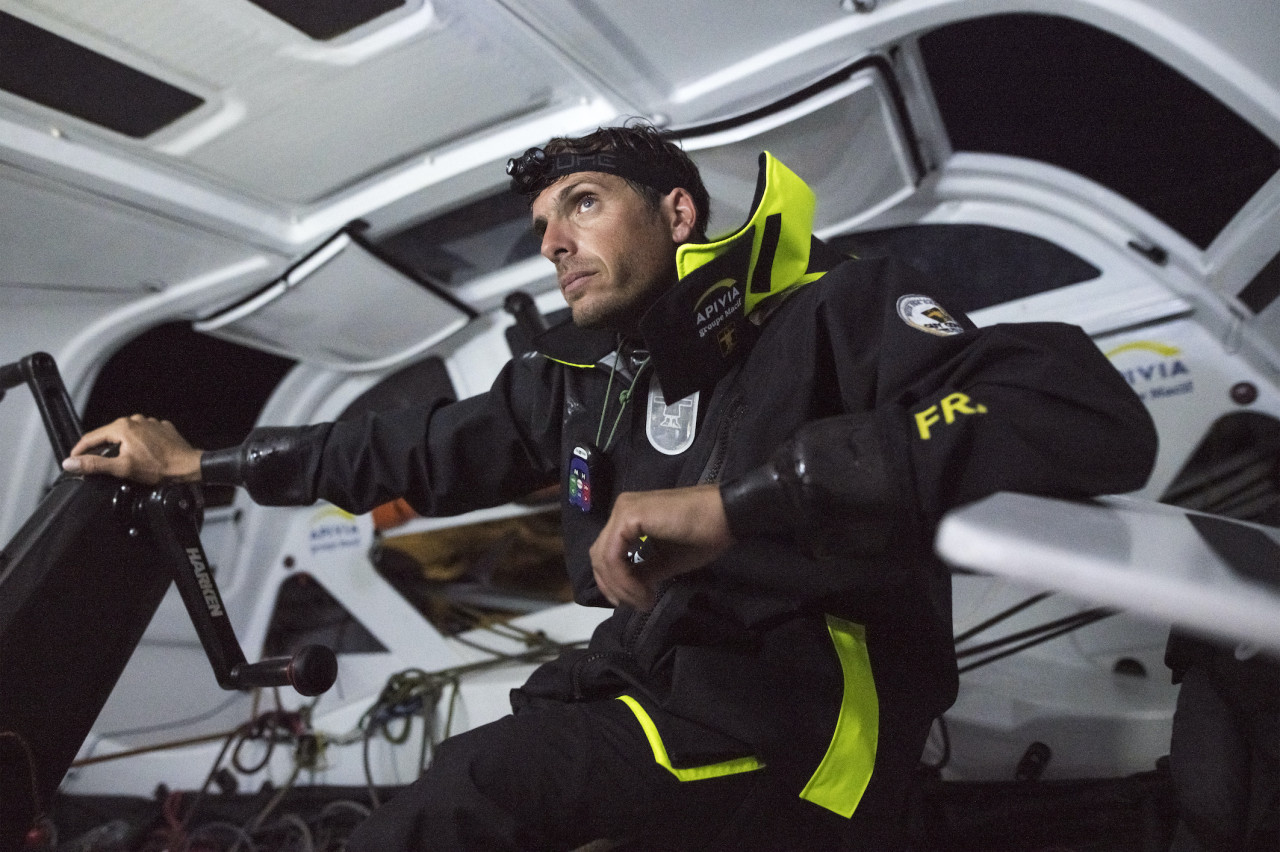 One of the outstanding performances of this Vendée Globe so far has been by Louis Burton on Bureau Vallée 2 who, despite recent auto-pilot problems, is continuing to hold his own in the top-three on the boat that won the last race.

Up ahead of him, the fascinating battle between Thomas Ruyant on LinkedOut in second place and Charlie Dalin, one better than him on APIVIA, continues, night and day.

Dalin has been leading for 13 days and right now he and Ruyant are contending with wildly gusting winds and confused seas, about 750 miles northwest of the Kerguelen Islands – one of the windiest places on earth.

Of course Ruyant is handicapped by having lost his port foil. But the interesting aspect of the last few days is how steady the gap has been, given this shortcoming for the LinkedOut skipper and the fact that he has mainly been on starboard tack.

His team management say the key here is that Dalin himself has been having to slow his boat to cope with the sea and wind conditions, allowing Ruyant to stay in touch. The question is how long that can continue and whether Ruyant can remain in contention once the boats start climbing north again in the south Atlantic.

A few days ago Guillaume Verdier, who designed both boats, remarked that while APIVIA is an all-rounder, Linked Out has been slightly more optimised for upwind speed and reaching with the Ocean Race in mind.

Marcus Hutchinson, the team manager for LinkedOut says, in reality, the differences are so small they are hard to factor into performance. “The boats are very, very close sisterships,” he said. “The most significant differences are only of pencil-thin thickness.”

Hutchinson says Ruyant is effectively sailing on two boats – an IMOCA 60 with a split personality. On one tack it flies, on the other it doesn’t, while Dalin – whose foil package is his older V1 set-up – is racing a balanced boat.

“When they change gybes, probably tomorrow morning, Thomas will have to learn again how to sail his boat as a foiler,” explained Hutchinson, “and without taking too many risks."

“Neither of the boats are exactly racing away in the conditions they have right now,”he added. “They are surviving basically. Conditions are very difficult, extremely rough with very uncomfortable seas coming at them from every direction. So no boat, regardless of its configuration, can really go particularly fast.”

While the leading trio slalom east with a deep low forming behind them, the next echelon is extremely tight with Damien Seguin continuing to hold an impressive fourth place on Groupe APICIL.

He is only by a handful of miles from Yannick Bestaven on Maître CoQ IV who is just to leeward of them. Another 40 miles behind is Jean le Cam on Yes We Cam! in sixth place and some way to the north of Seguin and Bestaven.

Today saw the retirement of Sam Davies who has reached Cape Town in her damaged Initiatives-Coeur. Davies will have won many more friends (than she already has in world sailing) with the way she has dealt with the cruel setback of having to retire from a race that she was enjoying to the hilt and in which she was proving highly competitive.

The English sailor gave some more details of what happened to the boat when it hit an object in the water. She believes the impact point was low on the keel fin which has a big chunk taken out of it. The impact at 20 knots caused massive leverage on the fin which resulted in extensive damage to the structure.

“I guess I was the one who experienced it and felt how violent it was and how much it must have hurt my boat,”she explained. “There is no way to continue with the damage I had, but that’s bad luck and it’s really frustrating and it’s part of the game of the Vendée Globe.”

Like Isabelle Autissier long before her*, Davies has already decided that if the boat can be fully repaired, she would like to finish the race course outside the rules of the race and will set sail for Les Sables d’Olonne from Cape Town in the coming weeks.

“This project is also about adventure, it’s about human adventure and it’s about raising money for charity for the kids that are sick,”she said. “If I can keep going, then that part of the adventure will continue and it’s the best thing that I can do for the charity.”

*Edition 1996-97, Isabelle is classified out of the race after a stop in Cape Town on board PRB