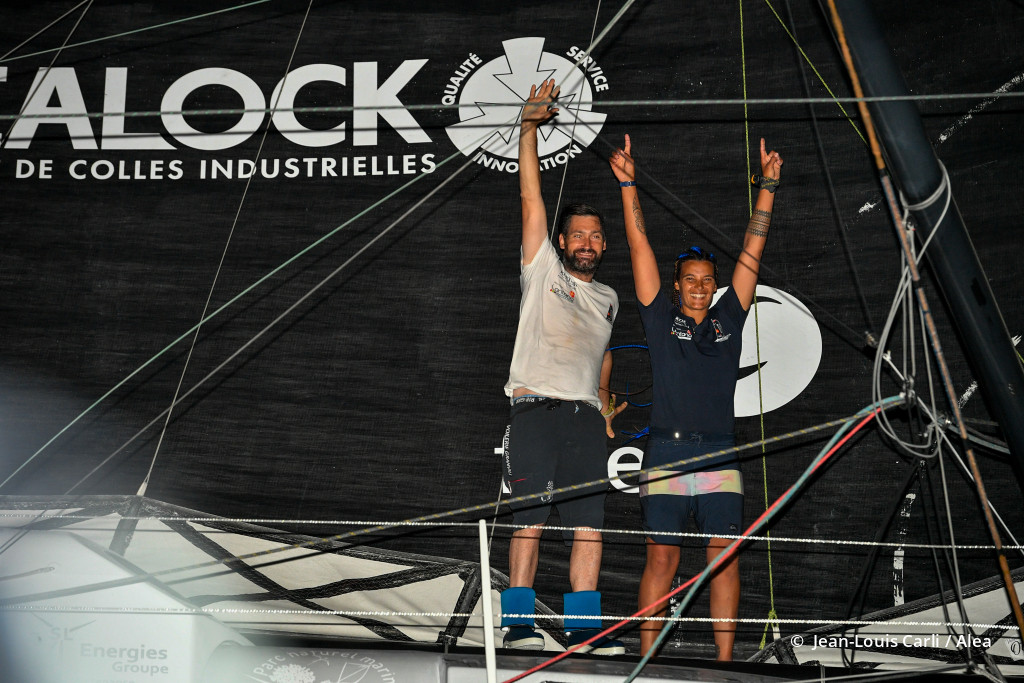 The energetic duo came into Fort-de-France in the early hours of the morning. Like many, their experience of this race involved a lot of tactics in the Doldrums, even making Louis consider dropping anchor in Fernando de Noronha…luckily Marie was there to push on with the course.

Louis Duc: "This was my sixth Transat Jacques Vabre and I've never seen anything like it. The good thing is that it's different every time. It's amazing to have conditions like this, and in the end it was in Le Havre that we had the most wind. You have to work hard to get to the right place and make fewer mistakes than the others, so it was interesting. The Doldrums were quite violent, much longer than usual. We had a bit of air on the way out of the Doldrums towards Fernando de Noronha. It was the first time I had passed Fernando during the day, I wanted to stop, I was ready to anchor, but Marie didn't agree. And then we went along the forbidden zone, then we had to dive back into the Doldrums, and it's not true that there are fewer of them in the west.

We had to rack our brains to try and understand what was going on, if not to suffer. We had a boat that was a little less disadvantaged in these conditions, perhaps we would have had more difficulty with 30 knots of wind. Sailing is the reward for everything that happened beforehand, so it was impossible for the Transat Jacques Vabre to go wrong. There was no pressure to get a result as we were discovering the boat."

Marie Tabarly: "It's good to be in an IMOCA boat, it's fun, I've rarely had so much fun. It goes fast, it glides. I love this boat. From A to Z, the whole project was great. We said to ourselves that we'd start the Transat Jacques Vabre again in four years, because I'll be a bit busy in two years. But we'll be leaving with the wind this time! Because I'd been sold some great tales...

Even on the bad days, there were always some beautiful moments. The last two nights at sea were magnificent. The earth is beautiful. The crazy sunrise we had this morning in the bay of Fort-de-France, with the colours of the Creole houses..."