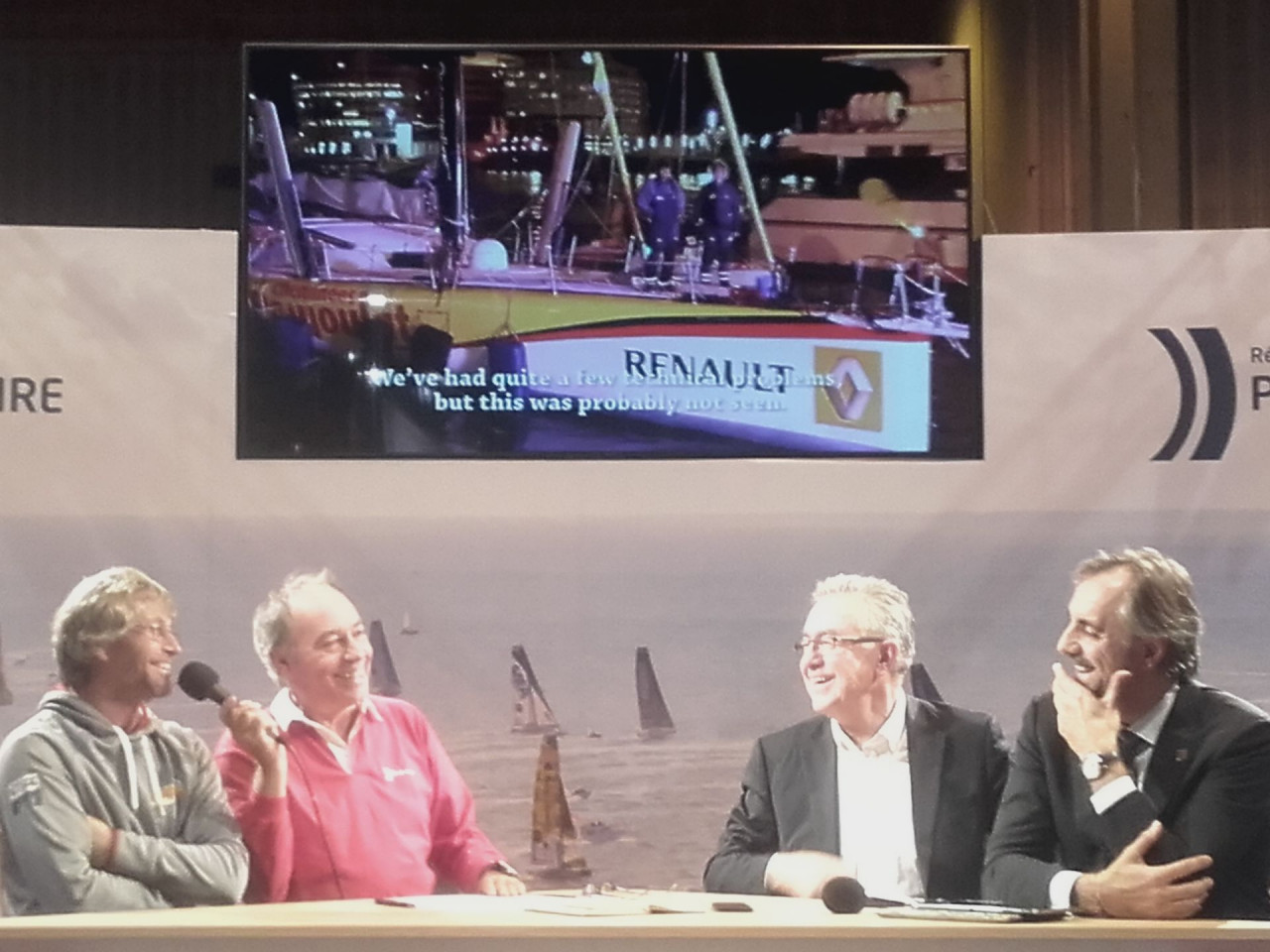 The Barcelona World Race is the second Round the World race on the IMOCA programme. Indeed, it was back in 2006 that the skippers opted for the race to take this direction and the first edition set sail in December 2007.

The Barcelona World Race is the second Round the World race on the IMOCA programme. Indeed, it was back in 2006 that the skippers opted for the race to take this direction and the first edition set sail in December 2007.

One of the aims of this race was to facilitate access to singlehanded and double-handed races for sailors who only had experience of fully crewed races. Sailing around the world in double-handed format before taking on the Vendée Globe is certainly a good strategy. It is this methodology that the current IMOCA skippers were keen to reassert when they suggested that the FNOB, organiser of the Barcelona World Race, develop the format of the race to make it more accessible without losing the high quality, competitive element of past editions.

In this way, the race will now make a stopover in Australia (Sydney to be confirmed), after leaving the Capes of Good Hope and Leeuwin to port, and then set sail again as a fleet back to Barcelona, this time leaving Antarctica to starboard and Cape Horn to port.

This edition offers competitors the opportunity to switch co-skipper during the stopover, with only the skipper compelled to sail the entire Round the World course.

Xosé-Carlos Fernandez, CEO of the FNOB, made the most of his trip to Paris during the boat show to participate in a live radio link-up with the three winners of the first three editions of the Barcelona World Race.

Two of these skippers are currently competing in the Vendée Globe: Jean-Pierre Dick, skipper of Saint-Michel-Virbac and winner of the 2007 and 2010 edition and Jean Le Cam, winner of the 2014 edition with Bernard Stamm, Jean aboard Finistère-Mer Vent and Bernard live from the Pays de Loire stand at the boat show.

Jean Kerhoas, President of the IMOCA class, was on the set alongside Xosé-Carlos Fernandez, who presented this fourth edition of the Barcelona World Race with a format whose objective is to be more open to the world and to a greater number of skippers.

Jean Le Cam: “The Barcelona World Race is an outward-looking race and this new format makes the race more attractive internationally, more accessible and lighter. This race is run in double-handed configuration and that makes it easier for new skippers to enter into it and provides an opportunity to those who wouldn’t have done it had it stuck with its conventional entry format.”

Jean Kerhoas: “Together with Jean Le Cam, who’s one of 8 administrators in the IMOCA class, we’ve been working throughout the year on developing the IMOCA class. We’re currently discussing ideas with Xosé-Carlos about the format of the next edition of the Barcelona World Race and we’re in agreement with regards to the objectives: making the race more accessible and contributing to the development of our World IMOCA OCEAN MASTERS Championship.”

And the final word goes to Jean-Pierre Dick: “Personally I love this race. The Barcelona World Race really is unique so why not do the next edition with Bernard Stamm!!”

Over the coming weeks, discussions will continue between IMOCA and the FNOB, who will officially present the race in its new format in Barcelona in February 2017.