The IMOCA class lets some weather routers have their say 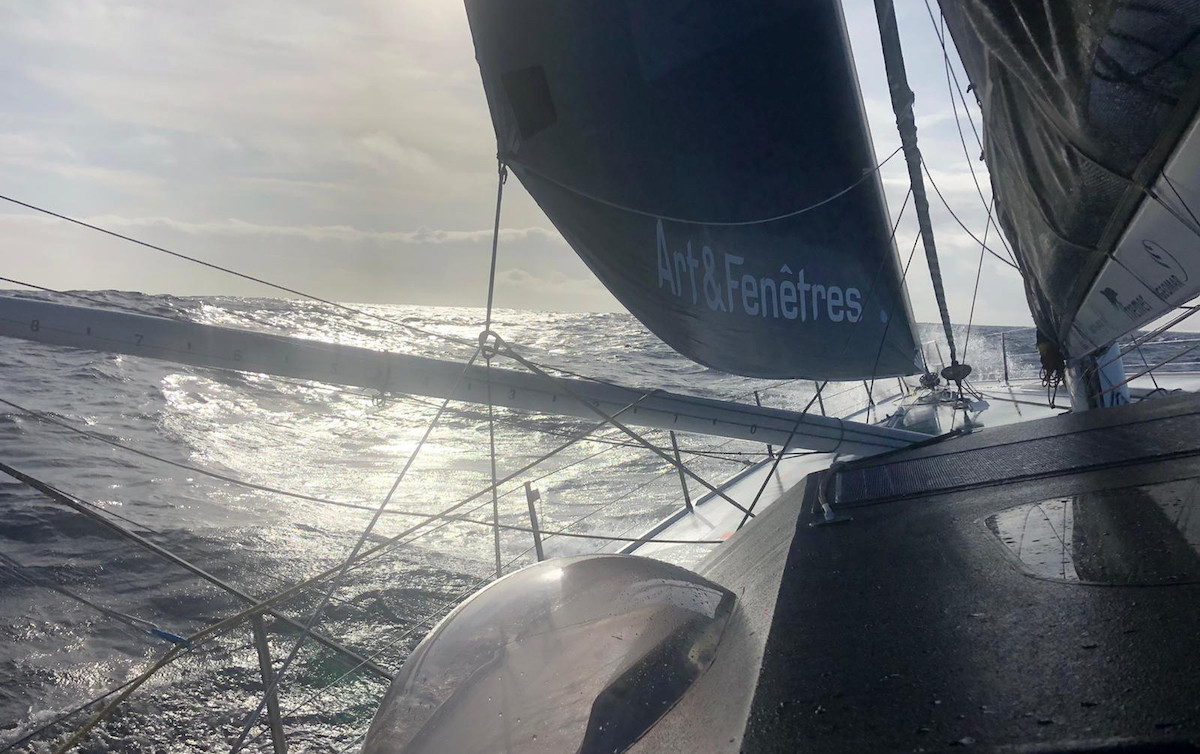 Routing is not allowed in the Transat Jacques Vabre for the skippers in the IMOCA class, but that does not mean to say that the weather experts are not watching the race and studying the charts…

We therefore decided to let these weather specialists and routers express themselves. Every other day (Tuesday, Thursday and Saturday) they will give us their analysis of the race in the IMOCA category to allow us to understand the different strategies being applied and the positions of the boats in relation to one another. To start, Christian Dumard, the router for many ocean racers, including Francis Joyon during his victorious Route du Rhum and weather assistant for several IMOCA skippers in the last Vendée Globe, gives us his analysis.

The IMOCA fleet separated in two with some choosing an option to the West and others heading down past Portugal. Until the eve of the start, all of the routings gave the Westerly option as the winner with strong winds and heavy seas. On Saturday evening and Sunday morning, things were not looking so clear. After two days of racing, it is 50-50. Those who have gone West and those who chose the East may get back together again in the Doldrums. Let us try to analyse the advantages and drawbacks of each of these options.

Out to the West, we can see Hugo Boss. There was no hesitation with this option. Alex Thomson showed us in the last Route du Rhum that a Northerly route can pay off. He is being followed by Bureau Vallée and Maître Coq, two serious contenders, who are also sailing quickly in these conditions. Their goal will be to change tack on Thursday, close to a low-pressure system, before heading due south towards the Doldrums. But the way the Low is positioning itself further south than forecast, means this is not as favourable as expected. The wind shift to the NW will take longer to arrive then initially forecast. The dive south however, should be faster than initially shown in the route plans, allowing them to get around the east of the Bermuda high, which means they should not encounter too many problems. The success of the Westerly option will partly depend on the ability of the skippers to sail quickly upwind in strong conditions and heavy seas on the 31st.

On a route further south towards Portugal, Charal is leading the way ahead of Apivia, 11th Hour, PRB, Initiatives Coeur, Banque Populaire, Arkea Paprec, PRB, Groupe Apicil and Corum l’Epargne. A narrow corridor is opening up to the east of the Azores high on the 31st. Getting around the high may be easier than forecast, and may even go very well, if the skippers manage to keep going on 31st October. By the 1stNovember, these skippers will be in the trade winds taking them to the Doldrums. There is one small problem with that strategy. The Portuguese group will pick up the trade winds earlier, but with the wind directly from astern, and so they will have to gybe, while those that have gone for the West, will be able to take a direct route at high speed towards the Equator.

Malizia and Prysmian Group have chosen an option in between, which may well pay off. It is likely that they will meet up with the group further south after the front goes over this evening. By Friday, things should start to become clearer, but the suspense may well last until the Doldrums, which the leaders are likely to enter early next week.