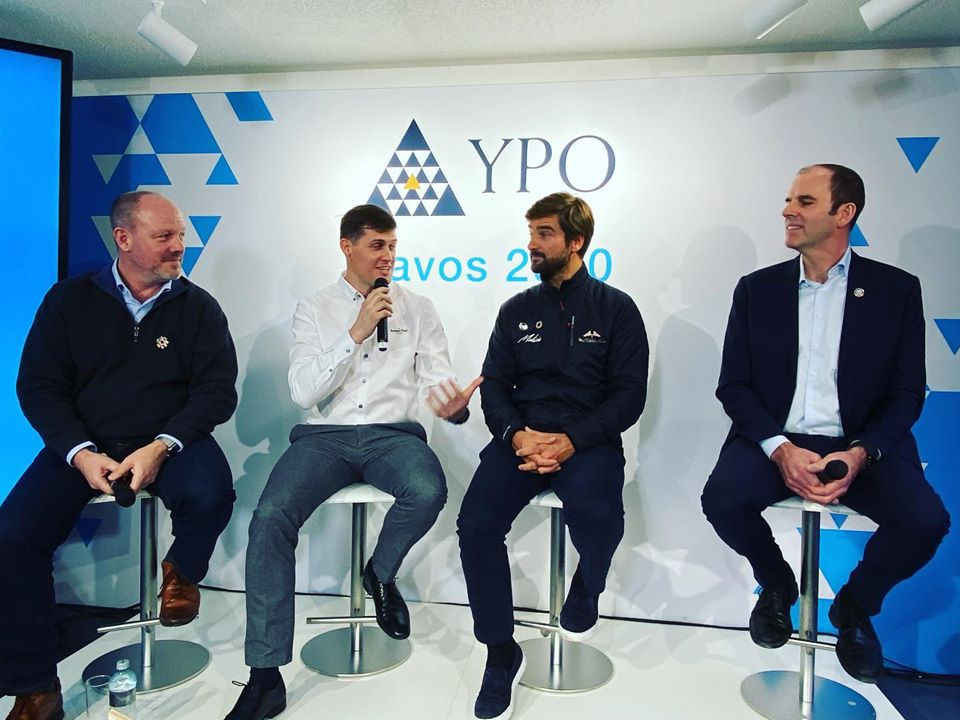 As the world's leaders gather in Switzerland, the ocean is top of the agenda

The Ocean Race has been centre stage in Davos this week, where world leaders have gathered for their annual meeting at the World Economic Forum to discuss forging a path towards a sustainable future.

At an event in Switzerland, hosted by YPO – a global leadership community of chief executives driven by the belief that the world needs better leaders – The Ocean Race Chairman Richard Brisius spoke passionately about protecting our oceans and the power of sport to make a positive impact on society.

He was joined by sailors Rokas Milevicius and Boris Herrmann – both with their sights set firmly on the next edition of the Race in 2021 – to discuss the Race’s industry-leading sustainability programme and how the scientific data collected in some of the most remote spots on the planet can drive forward global understanding of the issues faced by our oceans.

Milevicius previously raced onboard Team Brunel in 2014-15 and is now leading a campaign to get back on the start line for 2021, with support from YPO. He has already purchased one of the VO65 one-design boats.

"The Ocean Race is the greatest sailing event in the world, by far, and it carries a great mission with sustainability and making a positive impact on the world. Going further, the values of YPO are a great alignment, and it couldn't be a better fit. When this opportunity came up, we took a chance by getting one of the VO65 boats – there are only eight on the planet."

Milevicius continued: "I was the first Lithuanian to compete in The Ocean Race in 2014-15, and the experience I gained engaged me to do more. The Ocean Race platform showcases sustainability, and it helped me to join the dots that through the sport of sailing you can spread the message of a topic that's really relevant at the moment."

As part of a panel discussion on ocean health, Brisius described his personal journey from sailor to custodian of the event – and how the Race is ‘racing for purpose’ as we enter the Decade of Ocean Science, adding “...we have to run it as a business, of course, for longevity, but we don’t do it for the revenue. We do it for the planet.”

He continued: “For the first time ever, the Race isn’t owned by a corporation – it’s owned by people who love sport, us. Through a partnership with 11th Hour Racing, we decided to use this unique opportunity to develop our ‘Racing For Purpose’ initiative – we are racing for the planet, for healthier oceans.

“Our sustainability programme is based around awareness, science and education. As we race around the world, our sailors collect data from places where no-one else goes. That data is really interesting for scientists globally.”

In 2019, Boris helped Swedish climate change icon Greta Thunberg by sailing her across the Atlantic Ocean to the United States on board his IMOCA 60 race boat – and on the same day the teenager spoke in Davos, challenging world leaders to do more to address the growing crisis facing our planet, he shared his vision for the 2021-22 edition of the Race.