The Route du Rhum in the Imoca Class 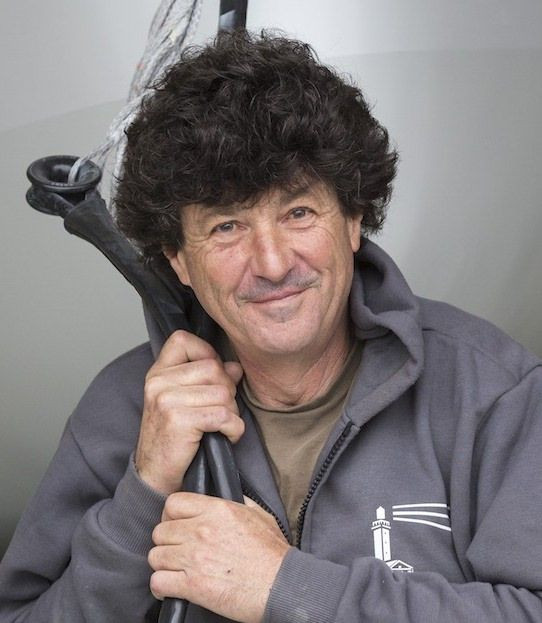 Today, it is Jean Le Cam’s turn to give us his view of the Route du Rhum in the IMOCA class.

Out of the twenty IMOCA skippers who set sail four days ago from Saint-Malo, twelve are continuing on their way towards Pointe-à-Pitre after Yannick Bestaven set off again today from Cascais.While only two competitors have officially retired (Louis Burton and Sam Davies), five others are carrying out pit stops, while Isabelle Joschke is aiming to return to Brittany after dismasting. A group of four are out in front comprising Alex Thomson, Paul Meilhat, Vincent Riou and Yann Eliès, while Boris Herrmann is attempting a more extreme option. Today, it is Jean Le Cam’s turn to give us his view of the Route du Rhum in the IMOCA class.

“In the next few hours, Alex Thomson, Paul Meilhat, Vincent Riou and Yann Eliès will have to deal with a ridge of high pressure before picking up the trade winds. They should make it across to the south of this ridge without having too many problems. It is going to be more complicated for those chasing them, as the way through is about to close…

“Very little between them when they get out of the ridge”

Alex Thomson is still benefiting from his westerly option and is galloping away in the lead. He has always gone for extreme options and in this Route du Rhum was the only skipper to pass the Ushant TSS via the north, even though that meant even more unpleasant and demanding wind and sea conditions. He has clocked up some incredible speeds and managed to head back south at the right moment. He has repositioned himself, as he now needs to get below the area of high pressure. It is logical that the gap from east to west between him and his rivals has narrowed. Alex, Paul, Vincent and Yann will be getting plenty of wind and taking advantage of downwind conditions today. The wind will slowly come around and those who are further south may well gain a small advantage. But I think that in the end, there won’t be much between them when they leave the ridge of high pressure behind them. In my opinion, three of these four sailors will make it to the podium at the finish.

Once they have passed the ridge of high pressure, it will be all about speed between these skippers, who appear in great form. Yann Eliès is very consistent. He is always fast and knows his boat well. The same goes for Vincent Riou, even if he does not have quite as much experience of his PRB as a foiler. In any case, it is clear that he is able to sail quickly. What more can I say about Alex Thomson? Paul Meilhat is performing very well with his boat equipped with straight daggerboards. In the trade winds, it will logically be harder for him and he is likely to lose ground to the IMOCAs fitted with foils. But having seen what he has already achieved, we may well be in for another surprise. It will also depend on whether the other boats are still fully capable or not. It may well be that some have problems they are not talking about… In any case, we’re in for a fantastic match.

As they get further south, the sailors will be able to enjoy themselves more. It is really a weight off your shoulders when you have more decent conditions and downwind sailing. You can breathe again, get everything dry, get some rest, look around the boat and repair what needs to be repaired. On these boats, there’s always something to be done. Having said that, you mustn’t run away with the idea that the trade winds are always steady, as there can be squalls. It is more relaxed, but it is not really smooth sailing either.

For the moment, Boris Herrmann is still in second place in the rankings, as he is close to the direct route, but in theory, that will change in the next 24 hours. In my opinion, heading off west was a good option early in the race, but it is less interesting now. Boris is still a long way north. He will have strong winds until he slams into the ridge of high pressure.

Over the next 24 hours, this ridge will become settled blocking the path. The first four will manage to make their getaway, but it will be harder for the little group chasing after them comprising Stéphane Le Diraison, Alan Roura and Damien Seguin. All three have had a very nice race. I’m particularly pleased with Damien Seguin’s position, as I’ve been supporting him. His performance is remarkable, particularly when you see that he is sailing with sails that were used in the last Vendée Globe. It looks like he hasn’t had too many problems aboard, and he is doing well for his first transatlantic race on an IMOCA. I’m proud of him.”

Some ofJean Le Cam’s achievements in the IMOCA class:

To Finish First - Episode 1: No Quit

To Finish First lifts the lid on life at Alex Thomson Racing, one of the world's most formidable sailing teams. Episode 1: No Quit offers fans a rare insight into the unpredictable and, at times, brutal world of single-h…