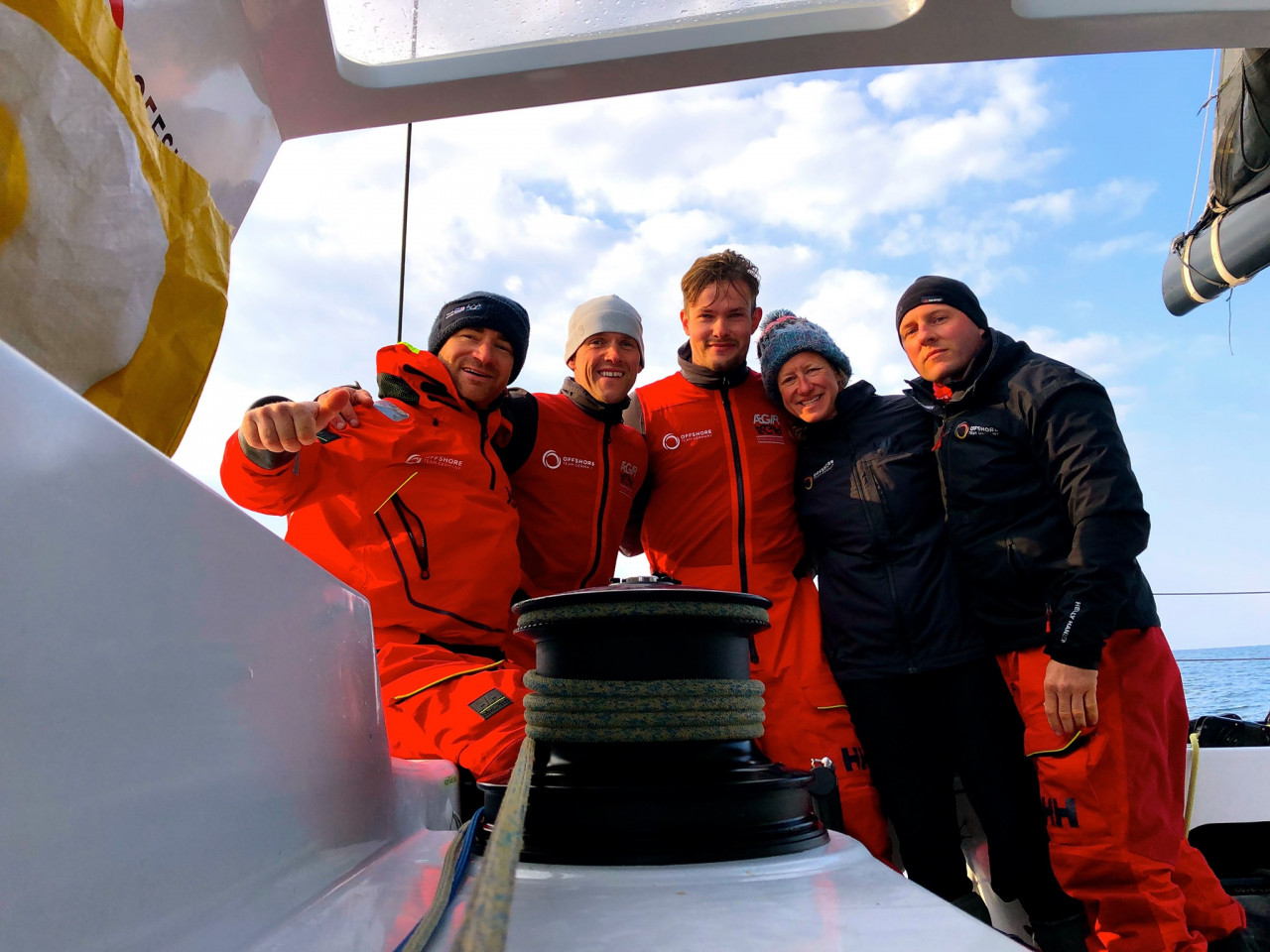 In the modern history of the IMOCA Class, The Ocean Race Europe, which sets sail in just two weeks time, offers a unique challenge to solo sailors and those from fully-crewed backgrounds alike.

Racing fully-crewed with up to five people on board, including one female sailor, requires new techniques, new ideas and new ways of sailing as the five teams in the IMOCA division prepare to push their boats full-tilt 24-hours-day over three legs.

For the IMOCA Class – which will take part in The Ocean Race Europe as a separate fleet alongside seven boats in the VO65 Class – the race starts from Lorient on May 29 and heads first across the Bay of Biscay to Cascais in Portugal. From there the crews will race through the Strait of Gibraltar to Alicante – the home of The Ocean Race – and then the final leg takes the boats up to the finish at the Italian port of Genova.

Annie Lush, a 41-year-old British veteran of The Ocean Race and former Olympic sailor, is racing with Offshore Team Germany whose crew also includes the Vendée Globe star Benjamin Dutreux. She says The Ocean Race Europe is going to be a fascinating test as solo sailors and those used to fully-crewed racing learn to work together.

Speaking after their first training sessions aboard “Einstein” – the completely re-vamped 2011 Owen Clarke Design formerly named Acciona – Lush says they are learning all the time how to get the most out of the boat. The team has been working through manoeuvres trying to be as efficient as possible on an IMOCA Class yacht which, as she put it, is short of hands, short of winches and short of halyards.

“With only four of us on board and an auto-pilot, it is going to be somewhere between the two – I think it is going to be really interesting to find where that line is,” she added. "It is hard to manoeuvre the boat quickly…doing lots of (spinnaker) peels on a boat that’s set up for single-handed or double-handed sailing."

“I hope people see that this is really exciting,” she continued, “because personally I’m finding that it is a really big challenge. And it’s not just manoeuvres, it’s the whole way you sail the boat that’s different to what I am used to in fully-crewed racing. For Benjamin as well, it’s completely different and I’m really enjoying working with him, trying to find the path in the middle.”

Lush’s counterpart on Thomas Ruyant’s Linked Out is the 31-year-old Frenchwoman Clarisse Crémer who became a household name in France after finishing the Vendée Globe as first female and, in doing so, became the new solo female, non-stop round-the-world record holder (on board Banque Populaire X).

For Crémer the learning process for The Ocean Race Europe is taking the opposite path to the journey being taken by Lush as she moves from solo to crewed racing. “You know, you never learn as much as when you are doing a race,”she said, “so, with a crew like mine, it is going to be very different to what I’ve done on the Vendée Globe and it’s the best way to learn.”

Crémer says it will be strange to be on board an IMOCA with four other people but, she says, after the Vendée Globe and the challenge of racing solo for months at a time, anything – including The Ocean Race Europe – seems a lot easier. “With others you feel much more secure and it is easier to relax,” she explained. “But it is true, when you are with other people, the pace is very intense – it will be a challenge because I am used to being by myself and it is going to be very different to what I know and what I know how to do.”

Intensity is a word you hear regularly when talking to sailors in The Ocean Race Europe as they prepare to push their boats hard on a course where land is never far away. To achieve a strong overall result, making the right calls and executing manoeuvres well at leg starts are going to be important, as will the way crews perform during leg finishes, especially in light airs.

“We are going out on ocean legs,” explained Lush, “but they are very short, so we will be coming in and out of land all the time and we all know that that means a lot of manoeuvres and not much sleeping.” She says the way sailors look after themselves on a cramped and noisy boat will be critical to a successful outcome.

“I think a mistake in this race will to be to think ‘oh, they are just three-day legs, we’ll just stay awake as long as we can and live on energy bars and see what happens’ because actually we are going to be sailing for a month altogether and it will go bad very quickly if you try that. You could do it for one leg but you won’t recover,” she said.

Crémer is expecting light winds in June – especially once the fleet gets into the Mediterranean – which will mean plenty of sail changing, so there will be little time to rest. “The legs are going to be three or four days long and I think for three or four days, if you are four or five on board, you’re not going to slow down at any moment,”she said. “You are going to change sails any time you have to, which is going to be quite interesting.”

For Offshore Team Germany, The Ocean Race Europe is going to serve as a testbed for the techniques the team will be using in the global Ocean Race which starts next year. Lush says the way they sail the boat will change dramatically as they continue up the learning curve and understand how best to operate in full-crew mode. “Yeah, 100%, The Ocean Race Europe is going to be a test of energy management, how to sail the boat and how far to push in manoeuvres.” she said.

For Crémer, meanwhile, part of the challenge will be being part of a crew on an IMOCA and taking orders from her skipper Ruyant, who will be working closely on strategy and tactics on LinkedOut with Morgan Lagravière. “Yes, I will have to do what they tell me,” she said laughing, “but I’m pretty sure I will agree with what they are going to decide.”