What we have learnt from the Bermudes 1000 Race 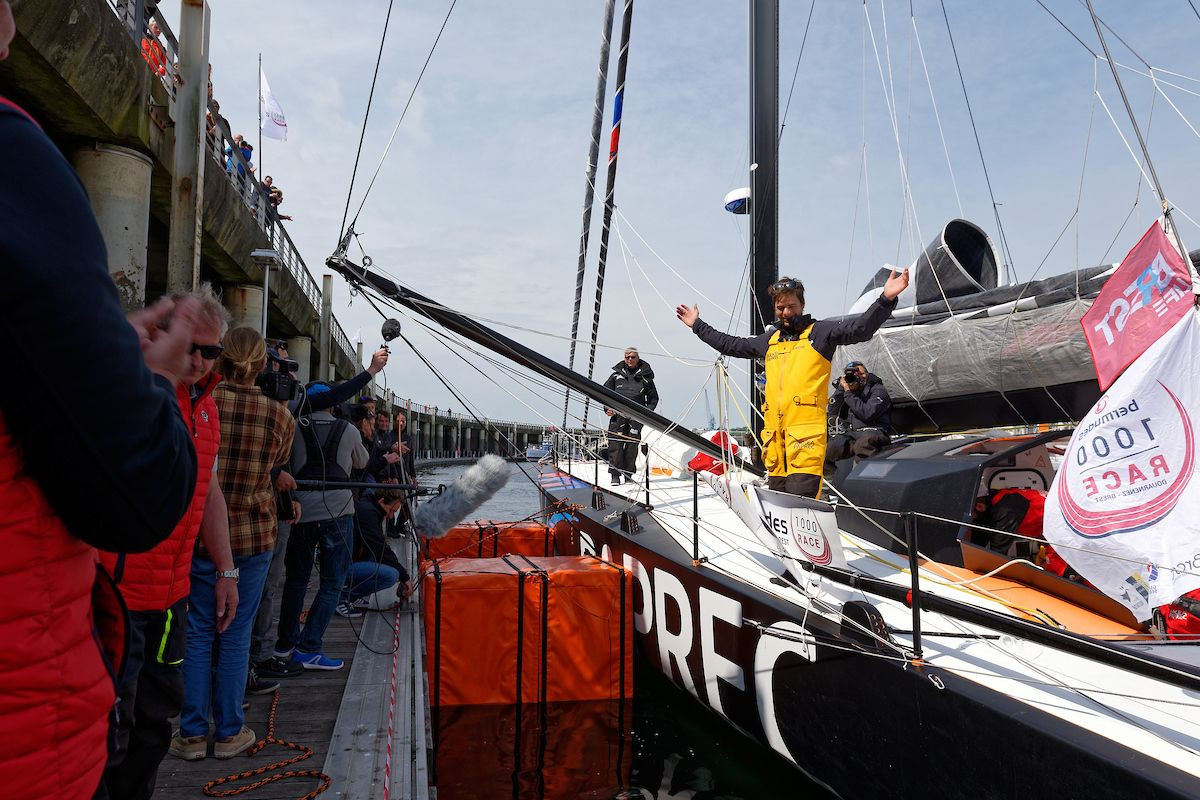 Look back at the major lessons from this race, which took the skippers from Douarnenez to Brest via the Fastnet Rock and a virtual mark off the Azores...

There is still one competitor still at sea in the second edition of the Bermudes 1000 Race, the Belgian skipper, Denis Van Weynbergh, who is expected to finish on Thursday afternoon in Brest. The race was won on Friday by Sébastien Simon (in 7 days, 17 hours and 34 minutes) ahead of Yannick Bestaven and Giancarlo Pedote. This 2000-mile race which is on the IMOCA Globe Series calendar with a weighting of two, was very instructive for the 17 solo sailors competing, none of whom were forced to retire. We look back at the major lessons from this race, which took the skippers from Douarnenez to Brest via the Fastnet Rock and a virtual mark off the Azores.

Light airs, strong winds… conditions that were tactical at times and tough at others with transition zones, periods when they had to search hard to find the slightest puff of air, while at others they were drenched with water out on deck… The 2000 miles of the Bermudes 1000 Race were certainly extremely varied, which allowed the 17 competitors to learn a lot about solo sailing, and that was particularly the case for the six sailors, who were discovering what that is like aboard an IMOCA for the first time.

The favourites lived up to expectations
Sébastien Simon, who was one of the rookies gave a strong impression, leading the race from start to finish and finishing first in Brest more than three hours ahead of his nearest rivals. “It wasn’t all perfect, but in any case, we found the right trajectories,” commented Sébastien at the finish. “I did lose control a few times and I used up a lot of energy. It was a great experience. I’m not afraid of carrying out manoeuvres or trying to be a bit ambitious. This was my first and last race sailing solo on this boat. I think now I deserve my brand new IMOCA!”

Behind him, the battle was on for the other places on the podium, but the favourites were there. After more than a week of racing, the four skippers chasing Sébastien Simon completed the course with just six minutes between them. A nail-biting finish, which pleased Yannick Bestaven, who came second: “It was an incredible finish. Last night, there were lights everywhere and boats moving in from every direction. I was pulling my hair out! It was a pity we lost sight of Seb Simon, who quickly made his getaway. Behind him, however, we really had to fight it out.” Giancarlo Pedote took the remaining place on the podium, 2 minutes and 37 seconds ahead of Sam Davies. For a long time, Boris Herrmann looked like making it to the podium, but something hit his boat 24 hours from the finish damaging his hull and leading to an ingress of water. It was therefore at slow speed that the German skipper completed the course in sixth place. These racers took advantage of all their hard work during the preparation, having sailed a lot before the start of the Bermudes 1000 Race. Sam Davies was the exception, as she relaunched her IMOCA late, after her new foils were fitted. But the British sailor made up for that with the wealth of experience that she had already acquired.

Maxime Sorel and Clément Giraud: the two surprises in the race
Maxime Sorel and Clément Giraud both newcomers to the IMOCA class, performed exceptionally well. Finishing fifth, just 4 minutes off the podium, Maxime held out against the best foilers in his IMOCA with straight daggerboards. “I settled in quietly. Gradually, I put my foot down on the pedal. I soon found myself trying to compete. At the end, I even thought I might get third place. In any case, I never imagined I’d finish in the first five, so that is a nice surprise,” declared Maxime. As for Clément, he finished in a fine eighth place and felt at one with his IMOCA: “Whether in light airs or in stronger conditions, she behaves well. We have covered 7000 miles together in two and a half months, which is quite a lot, and I’m starting to appreciate when I’m pushing her too hard. It’s great to finish feeling in harmony with the boat.”

Everyone in their own battle
Apart from the incredible fight for those ranked between second and fifth place, there were tight battles throughout the fleet with the gaps down to a few minutes for some. Fabrice Amedeo (7th) finished two minutes ahead of Clément Giraud (8th). The two sailors were neck and neck when they rounded the Fastnet. The duel between Arnaud Boissières (9e) and Stéphane Le Diraison (10e) finished with just 35 minutes between them, while Damien Seguin (11th) finished just eleven minutes ahead of Manuel Cousin (12th). Damien Seguin’s climb up his mast after damage to his mainsail will remain one of the lasting memories of this race.

100 % of the competitors at the finish?
Out of the seventeen competitors that set sail, none have retired. Apart from the skippers already mentioned, three women and one other man have also completed the demanding Bermudes 1000 Race: Miranda Merron (13th), Alexia Barrier (14th), Pip Hare (15th) and Ari Huusela (16th). Having been very unlucky with the weather, Belgian skipper, Denis Van Weynbergh has been struggling in light winds since rounding the Azores waypoint. Based on the latest routing, he is expected to finish in Brest on Thursday. If he does manage to finish, all of the competitors will have completed the race. Things are looking very positive for the IMOCA class in terms of reliability, as all of those registered for the 2017 Transat Jacques Vabre (13/13) completed that race and that was also the case for the Monaco Globe Series in 2018 (9/9), while 75 % made it all the way in the 2018 Route du Rhum (15/20), in spite of some very tricky weather conditions.

Major changes in the Globe Series rankings
Winner of the 2018 Route du Rhum, Paul Meilhat remains at the top of the Globe Series, even though he did not take part in the Bermudes 1000 Race. But Boris Herrmann is now just four points behind him. Consistency is important, as Stéphane Le Diraison (5th in the Monaco Globe Series, 8th in the Route du Rhum and 10th in the Bermudes 1000 Race) is in third place in the provisional rankings in the championship. We can see too that Damien Seguin (5th) and Fabrice Amedeo (6th) have leapt up the rankings, which remain close, as there are only 14 points between third-placed Stéphane Le Diraison and tenth-placed Alan Roura. The next event in the Globe Series will be the Rolex Fastnet Race, which starts on 3rd August. Twenty-five double-handed IMOCA crews are due to compete in this event.