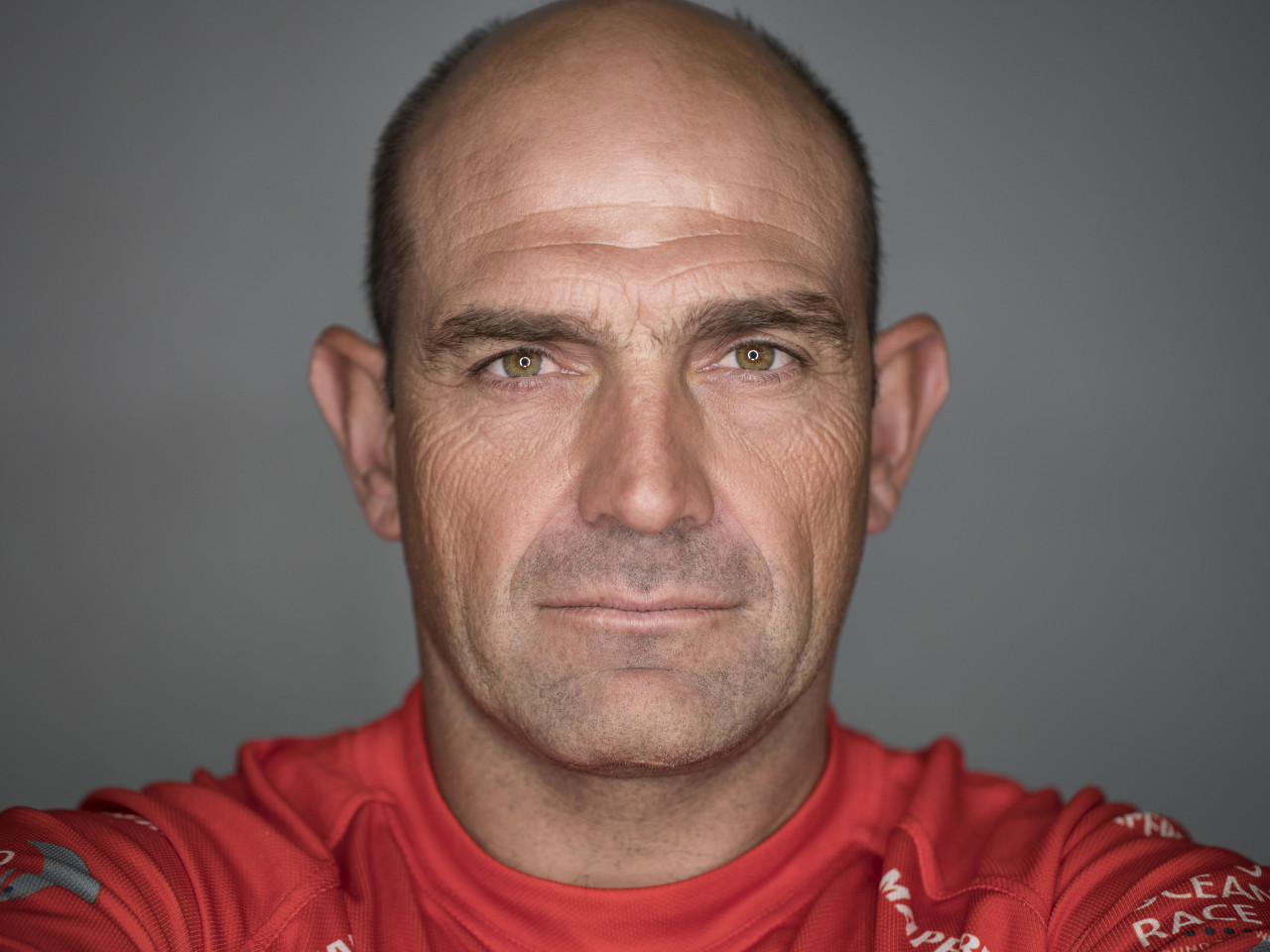 ROAD TO THE VENDÉE GLOBE #10: In the latest of our preview articles in the lead-up to the Vendée Globe start on November 8, Spanish offshore veteran Xabi Fernández tells Ed Gorman it’s going to be a “super-exciting” race and of his plans for The Ocean Race.

The five-time Volvo Ocean Race veteran and Olympic gold medallist Xabi Fernández, may be on the other side of the world working at the America’s Cup, but he is keeping a close eye on the IMOCA Class as it prepares for the Vendée Globe start.

Fernández who is part of INEOS Team UK led by Ben Ainslie, has no doubt that this Vendée Globe is going to be an absolute cracker. “It’s going to be super-exciting,” he told me on the line from Auckland, New Zealand, after a day out on the Hauraki Gulf watching America’s Cup contender Britannia going through her paces.

“The boats are amazing – we are going to see some incredible footage and I will be following it very closely,”added Fernández who still fondly remembers his own days in an IMOCA alongside fellow countryman Iker Martínez when they sailed MAPFRE to second place behind Jean-Pierre Dick and Loïck Peyron in the 2010/11 Barcelona World Race.

“I hope and cross my fingers that no one breaks anything,” he continued. “But we have to be realistic and we know the history of the race and how, even before these crazy boats came along, there were heaps of breakages and problems because it is such a hard race. The righting moment they generate with their foils is extreme, so you can see some problems – and again I hope that no one has any serious issues.”

Fernández says we are likely to see a repeat of the pattern of recent Vendée Globes with a tight battle developing at the front of the 33-strong fleet. “We know the race has been getting closer and closer in the last couple of editions – the one featuring François (Gabart) and Armel (Le Cléac’h) and then Alex (Thomson) and Armel – they pushed the boats so much, so it is going to be about reliability and endurance.”

Fernández has close friends involved in the race, among them the naval architects Juan Kouyoumdjian and Guillaume Verdier, Neal McDonald from Alex Thomson’s team and Jérémie Beyou who he raced against in the last Volvo Ocean Race and who helped him in the build-up to his Barcelona World Race campaign.

“I know that Jérémie has done this campaign properly,” said Fernández. “At some point he may pay a little price for building his boat a year earlier than the others, because development in the Class is moving so quickly. There is always a trade off, whether in IMOCA or the Cup or wherever; you want to push the design timing but on the other hand you want to test. But I think he has done things properly and, with the new foils on Charal, I am sure he is ready.”

“I know from Neal that Alex has been working a lot and is very well prepared as well as the others,” he added. “On the design side we have worked with Juan K a lot and we are very good friends, so I follow his designs (ARKEA PAPREC/Sébastien Simon and CORUM L’Épargne/Nicolas Troussel) and I hope they do well.”

Fernández is more than just an interested spectator, though, because he has his own ambitions to enter The Ocean Race in the IMOCA Class. Plans to build a new boat, once more in the colours of the Spanish insurance company, MAPFRE, have been put on hold by the Covid-19 pandemic, but the Spanish skipper is still hoping that he will be on the startline in October, 2022.

“Of course it is a tricky time for everyone,” he said, “but us as a team, with Pedro Campos, we are still working with MAPFRE and always hoping. Obviously the delay of The Ocean Race was inevitable I think, with the way things are. At the end of last year, before the pandemic, we were getting somewhere and we had a lot of hope of being involved with an IMOCA, even though the timings were starting to be very tight."

“So it’s not like we’ve given up – nothing like this. But, you know, sometimes it is hard to be very positive in terms of funding and timings. Time goes so quickly, it is hard no? But of course we always say that with boats like these, that are so exciting, it is hard not to be trying because it is a really nice project.”

In case a new boat turns out to be too difficult to achieve, Fernández is also exploring the possibility of using an existing boat, though he has concerns about whether any IMOCA built for a single-hander can be strong enough for fully-crewed racing.

“If we use a boat that is not new, the question is how to make it strong enough,”he said. “One of the concerns I have – and we have spoken openly about this – is when we are coming from the culture of the old Volvo Ocean Race, it is concerning to jump on a boat that has been designed for going solo and thinking it will be strong enough to manage four or five crew who will want to push it to the level you must push to try to win The Ocean Race. So there are a lot of things to think about and to go through before knowing really the possibilities that we have or may not have.”

But he remains convinced that a decent fleet of IMOCAs will be on the startline, joining the first entry by 11th Hour Racing. “I am sure that late teams will show up as well and we will need to find the best possibilities if we find the funding,”he said. He is also hopeful that the size and quality of the Vendée Globe fleet will rub off on entries in The Ocean Race.

“It is amazing that we have a Vendée Globe with 33 entries with eight new boats plus a handful of semi-new boats, so it’s a very good fleet,”he said. “Not only numerous but of amazing quality and out of those eight new boats, some of those will be able to do The Ocean Race and I really hope they will be there."

In the meantime the top Spanish offshore ocean racer is busy in Auckland until March, trying to help Britain win the America’s Cup. “We just need to keep working,” he said of the team led by Ainslie, “and hopefully I really think we are in good shape.”