With his project « Time For Oceans », skipper Stéphane Le Diraison is keen to rally together the public around the concept of preserving the oceans by highlighting the fact that everybody can and must act in this regard, because essentially it is from our activities on land which are responsible for this pollution. Naturally, he supports the No Plastic Challenge. “As a skipper, I witness a vast amount of pollution, that relating to plastic being the most significant. It’s sickening to see all that man puts back into the Oceans,” he says. “I want to take action and encourage others to participate in the No Plastic Challenge, and the skippers in particular. I’m setting them a challenge: we’re ambassadors of this cause, please spread the word so it has the maximum amount of impact! ” Launched by the skipper in 2018, the No Plastic in My Sea association aims to combat plastic pollution and its consequences on the marine ecosystem. The association takes various action such as raising awareness about the ecological challenges of plastic, promoting more reasoned use of plastic and less polluting alternatives, combatting single-use plastic and supporting other actions with a similar goal. Find out more about about the No Plastic Challenge. 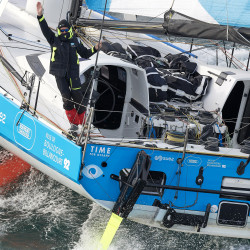 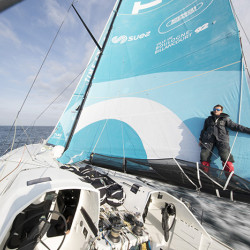 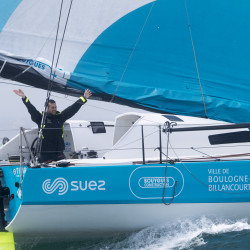 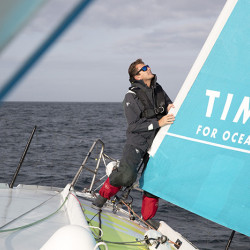 Two hundred days before the 2020 Vendée Globe is due to start, and on this 50th Earth Day, the skippers of the IMOCA Class underline their support for the scientists of the Intergovernmental Oceanographic Commission (IOC…