Alan Roura is a precocious sailor. After a childhood spent on the water, on Lake Geneva, and then eleven years of sailing around the world with his family, he took part in his first major race at the age of just 20.

Mini Transat, Route du Rhum, Transat Jacques Vabre... Alan has tried his hand at (almost) everything and quickly learned his ocean racing skills. Before tackling the Grail of the discipline: the 2016 Vendée Globe, which he finished in 12th position, becoming the youngest skipper in history to finish the race, at only 23 years old.

Four years later, he was again the youngest skipper at the start of the ninth edition, which he finished 17th. Not spared by technical problems, he nevertheless completed his second consecutive solo round-the-world race, after 95 days of pain, but rich in lessons for a third participation, already in gestation.

At 29 years old, double finisher of the "Everest of the Seas" and North Atlantic record holder, the Genevan is now thinking even bigger. With his experience and a new maturity, the Swiss aspires to play among the favorites, at the helm of an ever more powerful boat. His head is still full of dreams, he has his sights set on victory in 2024 and his smile is still in his eyes. 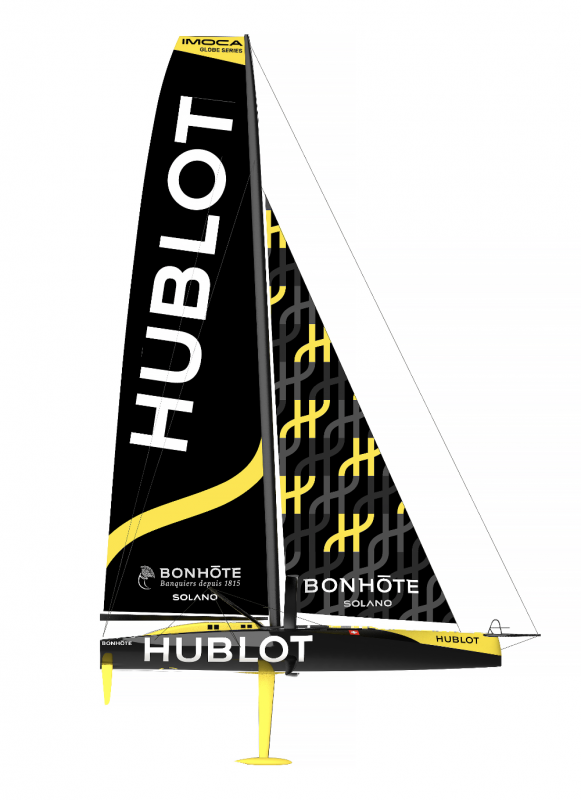 At 15:02:13 UTC, Alan Roura on Hublot took 21st place in the IMOCA class on the twelfth edition of the Route du Rhum - Destination Guadeloupe. His race time was 14 days, 1 hour 47 minutes and 13 seconds.

Relay4Nature, an initiative that highlights the inseparable connectivity of the issues affecting the planet and the solutions that are needed, arrived in Brest, Brittany, this afternoon ahead of the milestone event.