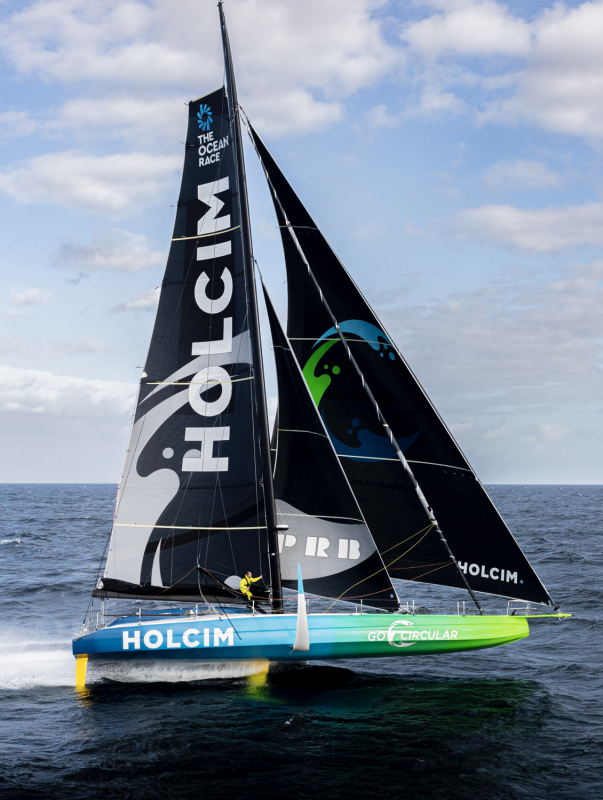 After the Switchback project for The Ocean Race was abandoned, Kevin Escoffier, the ‘miraculous survivor’ of the last Vendée Globe, together with Team PRB, made the purchase in January 2022 of the Verdier design hull built at the famous Jason Carrington yard in the UK.

Prior to the Groupe Holcim’s recent buy-out of the company PRB, the latter heavily involved in sailing and the Vendée Globe in particular for over thirty years, Kevin Escoffier’s ‘only’ goal was the Vendée Globe 2024. Once the boat (bare hull and deck) arrived in Lorient, she immediately went in for a refit to adapt her to singlehanded sailing. Initially manufactured for The Ocean Race, the hull was dramatically modified to suit the needs of Kevin, who will be setting sail in November 2024 on his second Vendée Globe. The engineer, naval architect Guillaume Verdier and the shore team will be using an existing boat for the campaign. In contrast to the older generation IMOCAs, the current trend is to add volume up forward. As a result, like a number of monohulls from the same vintage, the bow is much fuller and more powerful to prevent the boat from burying into the waves. Indeed, the goal for a round the world is to have as stable a boat as possible, capable of racking up a high average speed with ease, without being confined to high outright speed. The deck layout has also been revised with latest generation foils being fitted. Kevin Escoffier also wants all the on-board systems to be practical and simple to control and repair at sea singlehanded. Originally geared around outright performance in crewed format, this IMOCA remains highly versatile. Having seen his previous boat fold up like a pocket knife before sinking in the last Vendée Globe, the sailor knows better than anyone how important structure and solidity are and, unsurprisingly, is making no concessions on that score. The team has also installed the electronics, wiring, engine, hydraulics and rig… Initially, Kevin Escoffier had hoped to take part in the Vendée Arctique - Les Sables d’Olonne in June, but ultimately had to withdraw, preferring instead to sort out the final details on his boat launched in Lorient on 7 May 2022. After a studious summer focused on sailing and making the boat reliable, the news came in on 22 August that PRB had been bought out by Holcim. As a result, the boat changed both her name and livery, switching from orange to blue… and above all, it was decided that Kevin Escoffier would compete in The Ocean Race 2023 after the Route du Rhum and prior to the Vendée Globe. The sailor is well-versed in the exercise, having won the last edition of the round the world race teamed up with Charles Caudrelier… and given that the boat was originally designed to race in crewed configuration, it all seems rather fitting. 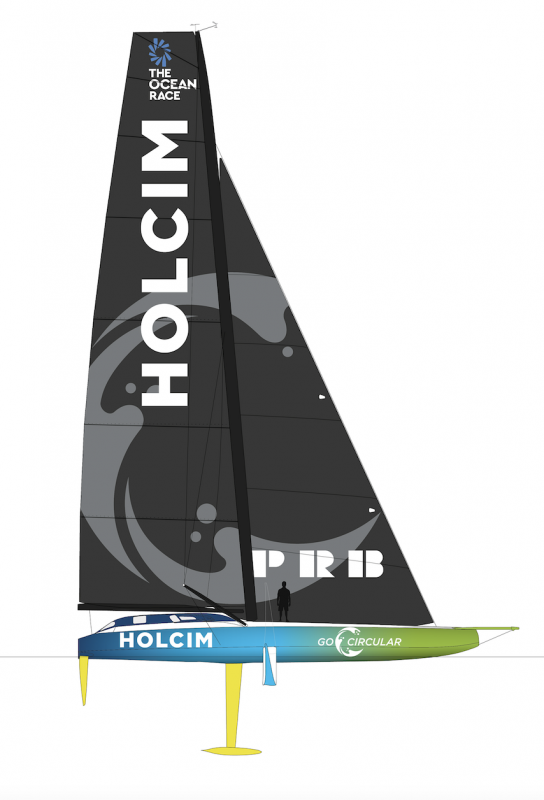 Nervous times in the doldrums