THE fastest monohulls AROUND the GLOBE

Built using composite materials, IMOCA monohulls are designed to be as light as possible to favour speed, whilst also being fairly solid to withstand the worst possible conditions when racing on the open sea, particularly during the Vendée Globe.

Main criteria for the IMOCA class 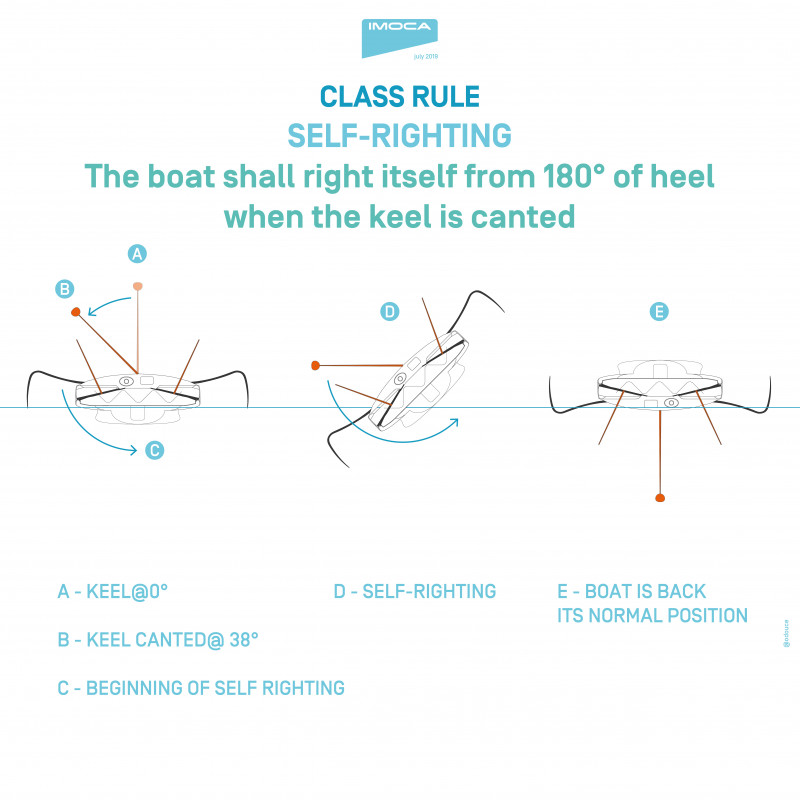 These 60-footers really came into being in 1986, during the second edition of the BOC Challenge where five monohulls were reasonably proportioned at 18.28 metres (60 feet). Even back then, the most modern monohulls were already displaying the characteristics of boats designed for the downwind conditions of the Southern Ocean, namely a wide beam and a long waterline.

The safety requirements imposed by the IMOCA class on both sailors and naval architects have contributed a great deal to the boat’s success. Since 2000, these monohulls have had to prove before a race start that they’re able to right themselves without outside assistance and guarantee they are watertight inside as well as extremely buoyant in the event of capsizing or water ingress.

Midway through the noughties, foils put in an appearance on the America's Cup multihulls and then very quickly began to grace some of the IMOCA monohulls. These lifting surfaces shaped like Dali moustaches enable the boat to 'plane', skimming over the surface of the water and thus limiting the water resistance and enabling the boat to accelerate quickly.

Since then, the class has opened up the measurement regarding how to trim the foils. As such, they have greater freedom of movement (up and down & fore and aft), stimulating the architects’ creativity all the more.

For the Vendée Globe 2020-21, eight new boats will be at the start, all equipped with the latest state-of-the-art foils. Observers believe that the event record might well be beaten by several days… making a circumnavigation of the globe in under 70 days a distinct possibility.

From 2021-22, this story will be shared with that of The Ocean Race, a crewed round the world race with stopovers.

The IMOCA fleet taking on the challenge of the Vendée Globe solo round-the-world race has been fitted with a state-of-the-art satellite communications system, comprised of the Thales VesseLINK and the Iridium Certus serv…

The IMOCA Class meeting marking the end of the summer holidays was held on Thursday 27th August using virtual technology. This meeting enabled the members of the Class to carry out an early appraisal of what has happened…