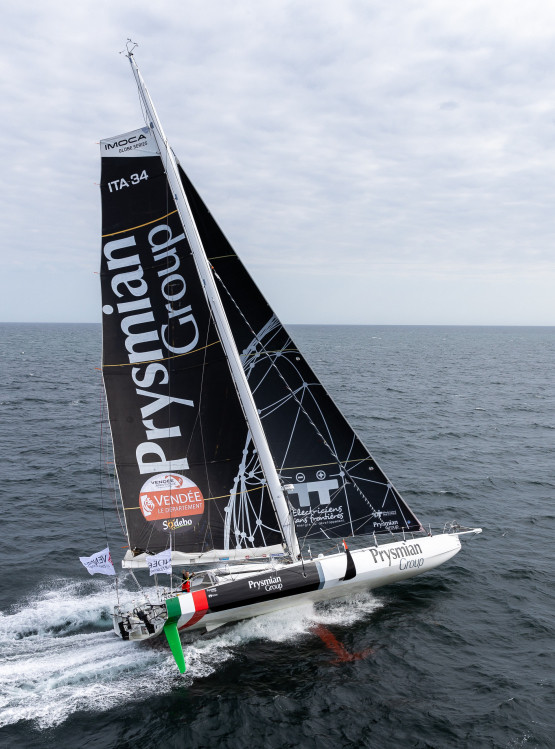 In 2015, the trend was to build boats that were increasingly powerful and light. Saint-Michel-Paprec is part of this new generation equipped with a pair of foils.

Tweaking her is even less evident as the boat hits the water just two months before the start of a rather boisterous Transat Jacques Vabre. Jean-Pierre Dick and Fabien Delahaye retire when the forward stringers become detached. Five other IMOCAs of the same vintage also throw in the towel. After reinforcement work, the sailor from Nice gets in some training in Portugal before linking onto The Transat (3rd) and the New York-Vendée-Les Sables d’Olonne (10th), where he hits a UFO and makes a technical pit stop in Newport. Unfortunately, during his preparation for the Vendée Globe 2016-2017, he collides with a fishing boat offshore of Ile de Groix. Some new foils are fitted for the solo round the world, the skipper finishing fourth. With a record number of victories in the Transat Jacques Vabre in IMOCA (three!), Jean-Pierre Dick teams up with Yann Eliès for the 2017 edition, which they win. Yann Eliès then takes the helm for the Route du Rhum 2018, finishing second on Ucar Saint-Michel, a little over two hours behind Paul Meilhat, before Giancarlo Pedote purchases the Verdier design. Teamed up with Anthony Marchand, the Italian takes the W’ly option, which proves to be a dead end in the Transat Jacques Vabre 2019 (17th), the boat undergoing no major developments since her launch. In 2019, Giancarlo Pedote begins his preparation for the Vendée Globe 2020-2021, his first singlehanded round the world with Prysmian Group and Electriciens sans Frontières. For 80 days, Giancarlo manages to preserve his boat while hanging onto the leading group. He finishes 8th, just 19 hours after the event winner. In 2021, the Italian skipper and Prysmian Group enjoy a great season, rounding off with a 6th place in the Transat Jacques Vabre with Martin Le Pape. The winter is then put to good use by the team, which carries out a major refit including grafting on a new rounded bow to modernise the hull on the Verdier design! 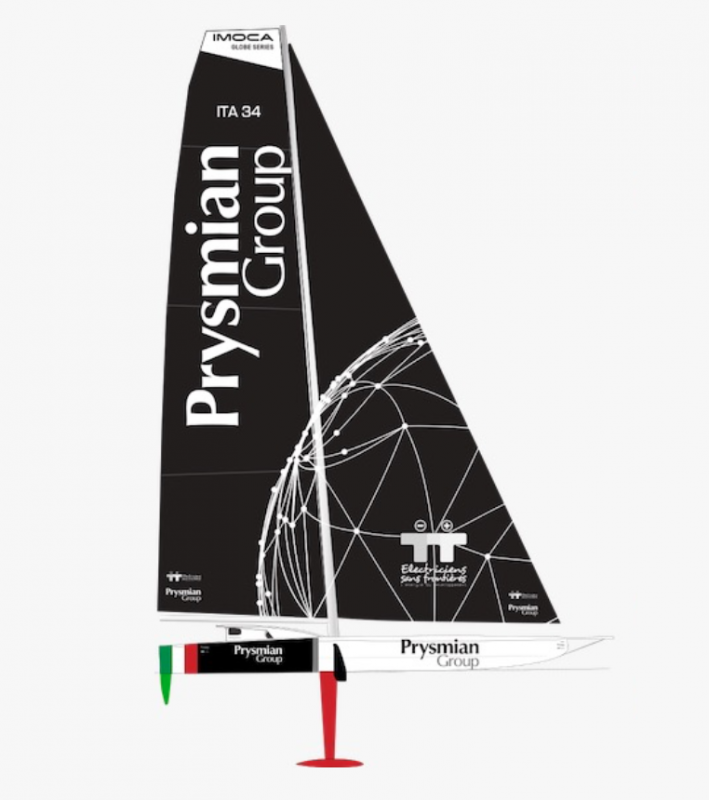 Pedote in 16th in the IMOCA Class

Giancarlo Pedote (Prysmian Group) crossed the finish line of the twelfth edition of the Route du Rhum – Destination Guadeloupe at 05:47:50 UTC on Wednesday 23rd November. He finished sixteenth in the IMOCA class with a r…