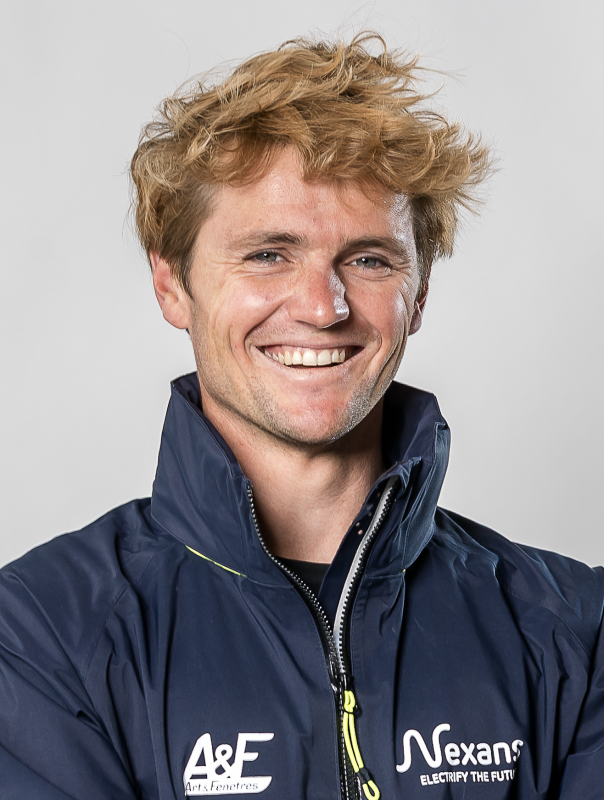 After ten years of racing catamarans at the highest level, Loïs Berrehar decided to enter ocean racing by joining Team Sodebo alongside Thomas Coville, with whom he accumulated many miles.

However, the young sailor is more and more attracted by solo sailing and decides to make a radical change from multihull to monohull by joining the Figaro Bénéteau class. Now with the Bretagne - CMB team, Loïs Berrehar has been able to show his full potential, notably by finishing first rookie in the Solo Maître CoQ just a few weeks after his solo debut, but also by taking fifteenth place in the very demanding Solitaire Urgo - Le Figaro and first rookie in the 2018 French Elite Ocean Racing Championship. These promising performances allow him to take the helm of the Figaro 3 Performance in 2019.

After starting the season alongside Tom Laperche in the Figaro 3, Loïs will accompany Fabrice Amedeo for the 2021 season, which will be sailed double-handed.

A magnificent route and new discoveries

Exhilaration filled the ponton this lunchtime in Martinique with the two skippers coming in good spirits. After 20 days at sea the pair spoke of the magnificent route and their new discoveries both sailing and constructi…