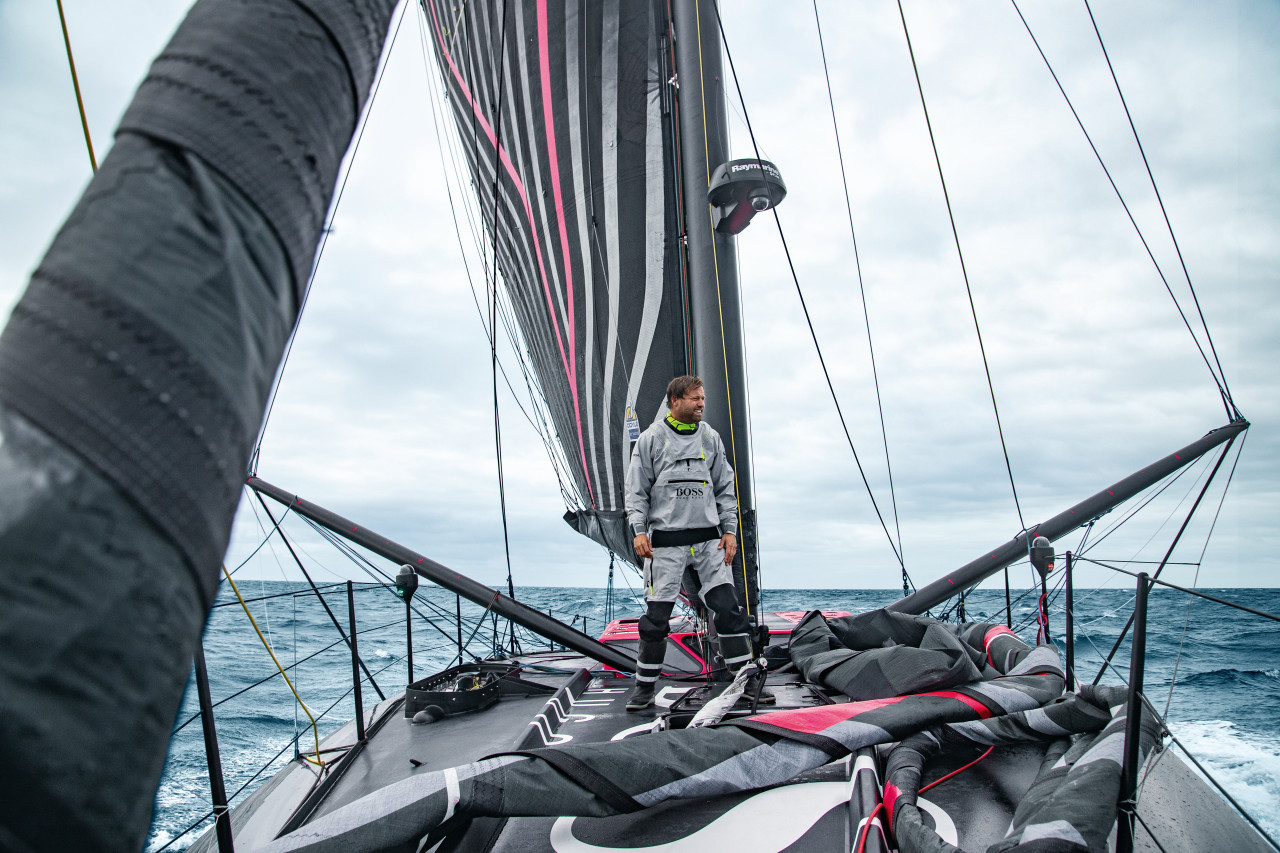 Alex Thomson Racing's today statement: After incurring damage to the starboard rudder of his boat, British sailor Alex Thomson has ceased racing in the Vendée Globe and is now sailing his boat towards Cape Town.

Thomson last night disconnected the starboard rudder and has since been sailing the yacht with just one rudder. After assessing the situation today, the skipper and his team have decided that the only course of action is to cease racing and sail the boat to Cape Town.

Thomson said: “Unfortunately, a repair is not possible. We therefore accept that this will be the end of the race for us. Myself, my team and our partners are of course deeply disappointed. We believe the best was yet to come in this race”.

The incident occurred on what was Thomson’s 19th day of racing in the round-the-world Vendée Globe yacht race, which began on Sunday 8th November from Les Sables-d’Olonne on France’s west coast.

Alex Thomson is currently approximately 1,800 nautical miles from Cape Town and it is expected to take the skipper around seven days to make the journey. He’ll do so without the use of his starboard rudder and so will proceed safely and cautiously. Thomson’s technical team will travel to Cape Town to meet the yacht upon arrival.

More news about the fleet

Charlie Dalin, APIVIA:"I'm slightly forced by the sailing conditions to move away from the Antarctic Exclusion Zone (AEZ): my route is a bit different from those chasing because I'm forced to sail north-eastwards as I speak. I'm spending a lot of time at the chart table to adjust my route as best because over the next few days we're going to have quite a bit of wind: we need to find the best course. The sea was quite rough last night but now it's starting to calm down a bit, albeit only slightly. I'm currently sailing in 22-23 knots of NW'ly...

"The sky is uniformly grey, but the nights are short, which compensates nicely. The AEZ has been moved a bit further north by the Race Direction, which takes away some tactical possibilities in the strong wind that is coming. I'm going to continue northwards, but I'll come back down after the passage of the front. The wind direction is slightly dictating the trajectory. I guess it will take about a month to get around Antarctica.

I don’t have the feeling of holding back and am doing a normal pace all whilst not taking any unnecessary risks. We're all going to find ourselves on the same weather train because and so I will not really make any gains on the chasing pack, who will be able to head due west when I'm still making progress North-West. We should then see a bit a bit of compression in the fleet ahead. My lead is likely to diminish over the next few hours... After that there will be strong winds and so it will be our first storm after the Cape of Good Hope! There's quite a lot of current with the Agulhas: you have to be careful in these places.

I should cross the longitude of the Cape of Good Hope on Monday during the day. But right now, I'm really happy to finally be sailing in these southern seas, especially with the beautiful moon shining. Last night was magical with lots of birds circling around the boat. Having spent the last two weeks wearing shorts, the climate change is quite brutal, despite the gradual change.”

Miranda Merron, Campagne de France: "A pleasant night in the SE trades, almost full moon. And right on the northbound shipping lane. Friendly officers on watch who oblige by altering course. In safe Atlantic waters. Not so east of here: according to the latest piracy reports, just the other side of the Atlantic, off Nigeria and several other countries, vessels are being attacked up to 196 miles off the coast and are recommended to keep 250 miles off the coast if possible. Just yesterday, a merchant vessel was attacked and ten crew kidnapped. Imagine being told to stay 250 miles off any European coast to avoid the risk of heavily armed robbery and kidnapping. In some cases, ships just disappear without a trace."