Seven IMOCAs setting sail on the ArMen Race this Thursday 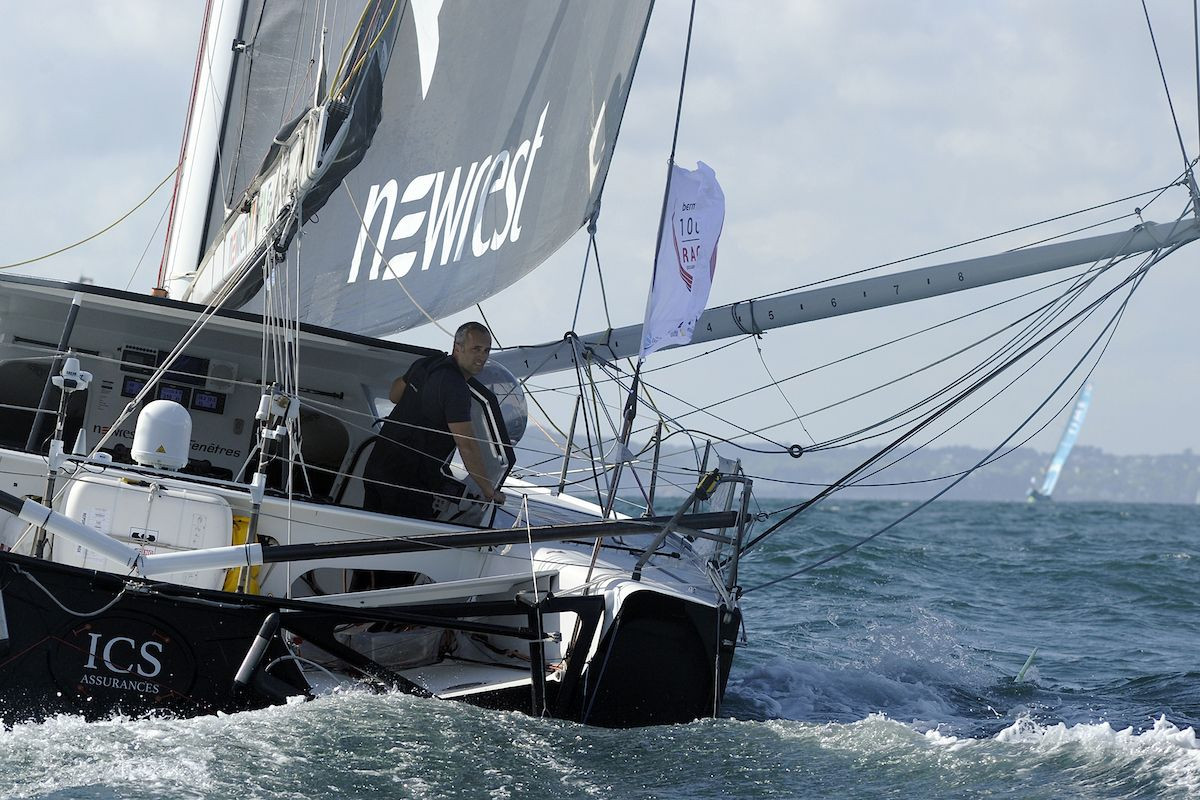 It is on Thursday 30 May that the 9th edition of the ArMen Race will set sail from La Trinité-sur-Mer in SW Brittany...

It is on Thursday 30 May that the 9th edition of the ArMen Race will set sail from La Trinité-sur-Mer in SW Brittany. More than 200 crews are expected, seven of which are competing in the IMOCA category, which is due to set off at 16:00 hours local time on a technical course along the Atlantic coast of around 300 miles. Though it does not form part of the event schedule for the Globe Series, the ArMen Race will be a great opportunity for the seven IMOCA skippers to do battle and rack up some more experience in race mode.

The IMOCA skippers are performing on all fronts at the moment! Following on from the Bermudes 1000 Race, which rounded off last week after a 2,000-mile course in solo format, seven racers will be competing in the ArMen Race, a crewed event spanning a little over 300 miles. Starting and finishing in La Trinité-sur-Mer, the course will take the competitors from the Penmarc’h headland to Ile d’Yeu, via the Glénan archipelago and the south of the island of Belle-Ile.

The seven IMOCAs will be crewed by at least three people. Given the highly technical nature of the course, the older generation IMOCAs will likely be entitled to have their say against the three more modern foilers (Sam Davies’ Initiatives Cœur, Fabrice Amedeo’s Newrest-Art & Fenêtres and Giancarlo Pedote’s Prysmian Group). Among the entries are the ‘local of the leg’, Fabrice Amedeo, whose boat is based in La Trinité-sur-Mer. Also in the running will be five other sailors, who completed the Bermudes 1000 Race: Giancarlo Pedote, Sam Davies, Stéphane Le Diraison, Damien Seguin and Manuel Cousin. As for Romain Attanasio, having secured the win in the monohull category of the recent Tour de Belle-Ile, he is hoping to excel in crewed configuration once more.

“Any confrontation is worthwhile”

The ArMen Race does not form part of the event schedule for the Globe Series, IMOCA’s World Championship, but the competing sailors are still champing at the bit. “It’s important to be here, any confrontation is worthwhile”, explains Giancarlo Pedote, 3rd in the Bermudes 1000 Race. “I’m new to the IMOCA class. I’ve only had my boat for a short while and I need to take part in as many races as possible if I am to progress, test the latest tweaks and increase my speed when manœuvring... Sailing in waters I’m very familiar with will be nice, with various local effects to be exploited according to the site.”

Romain Attanasio shares this outlook: “Confrontation and top-level navigation is just what we need. There is no better training than competing in races. I missed the Bermudes 1000 Race for timing reasons so now I’m taking part in every possible race. I’m notably going to make the most of the ArMen Race to trial some new sails. These crewed races are interesting as they enable you to have various people aboard with different approaches so they may have some interesting ideas.”

For Sam Davies, the ArMen Race will be an opportunity to sail with Paul Meilhat, her co-skipper for the Transat Jacques Vabre, together with the members of her shore crew. “I’m lucky to have a team in which the préparateurs are also inshore racers. The ArMen Race is a great opportunity for them to see how the boat handles in race mode”, explains the British sailor. “Following our ambitious winter refit, we need to continue racing. It’s terrific to take part in a race like this, which combines professionals and amateurs.”

Fabrice Amedeo will also boast a solid entourage since he’ll be sailing with the likes of Armel Tripon, who is about to launch a new IMOCA, as well as Alan Pennaneac’h from the North Sails sail loft. “I have surrounded myself with a stellar team so as to work on the trimming and up my game with regards to understanding the finer points of the machine”, says Fabrice. “We’re going to do our best, though the weather won’t favour us as we’ll be largely sailing in light airs. All the competitors will have a chance to shine!”

Arnaud Boissières, injured, has had to stand down

Eight IMOCAs were signed up for the ArMen Race but Arnaud Boissières won’t now be attending after fracturing his jaw. “This is no minor mishap as I have to go in for an operation to recover”, explains Arnaud. “However, it won’t call into question any future training sessions with my co-skipper Xavier Macaire, nor my participation in the Rolex Fastnet Race and then the Transat Jacques Vabre. I’ll do my level best to have as speedy and as effective a recovery as possible and make the most of this time to hone and optimise my preparation regarding my race performance.”